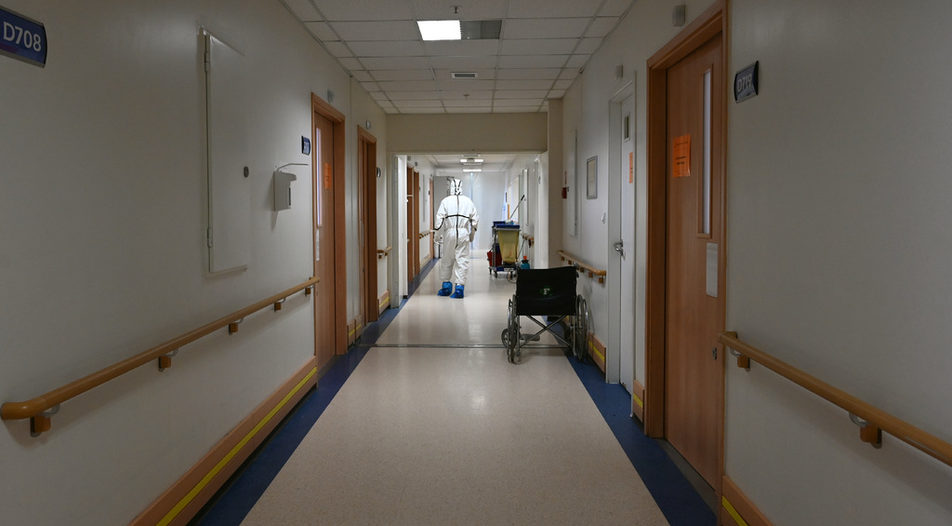 Mass vaccination postponed until beginning of March, Sofia has ordered 460,000 more dozes of the Moderna vaccine

Instead of tightening measures before the next Covid-19 upsurge, authorities have relaxed the already lax rules further.
Advertising

Twelve Bulgarian regions are now in the "red" zone of infections, exceeding 120 per 100,000 people, up from eight last week, and over a third of the dedicated Covid-19 and intensive care beds in hospitals are filled, Mr Angelov added.

Yet if you think new measures are coming, you would be wrong. At least for now.

The warning comes after health authorities in the country recorded a 33 percent increase in the number of new weekly infections in the week between 1-7 February, a second upsurge after an 18 percent increase in the preceding week. "From next week we expect a significant upsurge in the number of new Covid cases, up to 1,500 every day," mathematician Nickolay Vitanov from the national anti-pandemic committee told reporters earlier on Thursday.

He added that the third wave of the pandemic might be worse than that of November 2020 and anticipates that if no additional measures are taken, the number of newly diagnosed daily cases might reach 5,000.

This will be an enormous strain on the already battered Bulgarian healthcare system that practically fell apart at the end of last year, when up to 3,500-4,000 new cases were recorded in the worst period.

No plans to reintroduce measures

Despite the risks of repeating Bulgaria's deadliest month in recent history, the government is reluctant to tighten anti-epidemic measures again. On 8 February Prime Minister Boyko Borissov dismissed the idea of re-imposing partial lockdown rules. The "gradual increase" in the number of new cases and medics having been able to "manage well" in the current situation were cited by Borissov as reasons for calm.

Far from introducing further restrictions, authorities have decided to open up schools for most students, as well as most sports facilities and shopping centers.

"I have found a sad pattern with regards to the measures. When we tighten them, people say we hurt the economy. When we decide to loosen them, people say we don't care about public health. This is very unpleasant," Health Minister Angelov commented regarding widespread reactions to the government's handling of the crisis on Thursday.

After last week's AstraZeneca vaccine debacle, Mr Angelov announced on Thursday a new timetable for the mass immunization that has been postponed until the beginning of March. By then, all priority groups from the state administration, police and teachers' cohort were supposed to have received their first shot. In theory, General Practitioners would have then been able to start giving first doses of the vaccine to volunteers.

Unfortunately, it seems there are few willing recipients. According to a representative of the capital-based Association of General Practitioners of Sofia Doctor Georgi Mindov, only about 5-10 percent of their patients have so far expressed interest in receiving the shot. He told bTV that, in his personal experience, only 81 out of 1,000 of his patients have asked for immunization, and the situation is not dissimilar for his colleagues.

The reason for the resistance? Many Bulgarians are sceptical about the new virus and the role of large pharmaceutical giants in developing the shots. They also appear to have been swayed by the raging disinformation campaign online. A survey published on 2 February by Trend agency showed that 43 percent of Bulgarians say they would not get Covid-19 vaccinations, with 22 percent claiming they are not certain the vaccine is safe and 12 percent fearing potential side effects.

Choosing a vaccine would not be possible even for those who are interested in receiving their dose, a Radio Free Europe - Bulgaria inquiry showed. This might be problematic for elderly patients who would like to get the shot, because they might still get assigned the problematic AstraZeneca vaccine.

Last week, it became apparent that Sofia has no plans to withdraw the AstraZeneca shot for the over-55s despite other EU countries ruling it out due to limited testing in control groups. Bulgaria is on delicate ground as it has already ordered 4,5 million doses of the cheaper, easier to transport vaccine and received the first batch of the shots - designated especially for the elderly - in the first week of February.

On the other hand, it seems that the government has at least partially tried to fix this blunder by pre-ordering other, better received vaccines. On Monday 10 February, the Council of Ministers announced plans to get 460,000 additional jabs of the Moderna vaccine, as well as up to 2,9 million Pfizer/BioNTech shots. It is still unclear when exactly these will be made available.