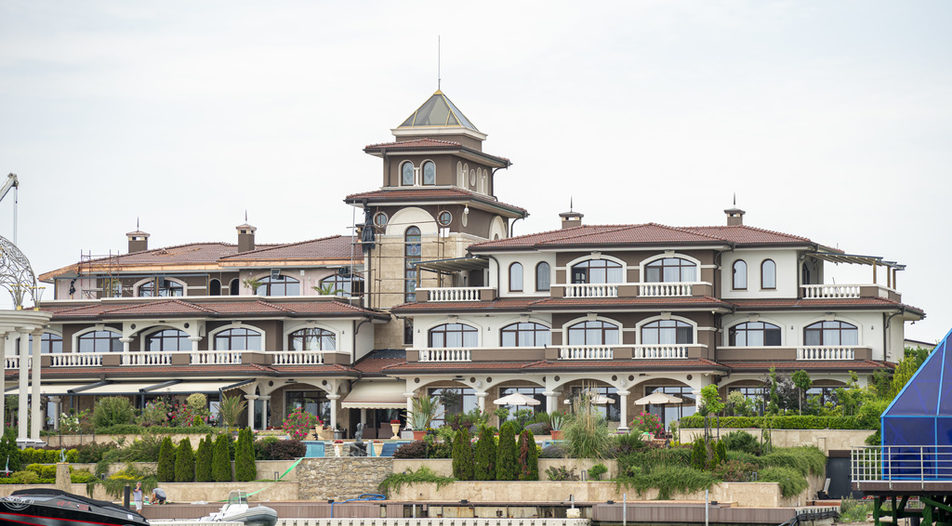 Bulgaria and Russia: a tale of two palaces

The palace of Ahmed Dogan in Rosenets

Bulgaria and Russia: a tale of two palaces

The palace of Ahmed Dogan in Rosenets

On 19 January, a documentary film called "A Palace for Putin: The Story of the Biggest Bribe" was released on YouTube by the Russian Anti-Corruption Foundation (ACF) of dissident Alexei Navalny. The incendiary 2-hour long investigation revealed a 17,5 thousand square meters lavish mansion near the town of Gelendzhik in the Krasnodarsk region of Russia, allegedly belonging to Russian President Vladimir Putin.

Now viewed a staggering 100 million times, it even forced the Russian President himself to react; it also contributed to mass protests across Russia in defense of Mr. Navalny who was arrested on his return from Germany.

A sprawling palace on the Black Sea, built with money from private companies and used by a politician: this must sound familiar if you know Bulgaria.

A very similar story hit the headlines last year when an opposition politician named Hristo Ivanov (leader of Yes, Bulgaria) landed on a beach near the city of Burgas with an inflatable boat. In a live Facebook stream he showed how the honorary chairman of the Turkish party MRF - Ahmed Dogan, lives in a splendid summer residence and is guarded by the National Security Service. The video of his landing and apprehending by unmarked state security agents was seen more than 200,000 times in just a few days, and triggered the first mass anti-government protests since 2013.

Beyond the superficial similarities (palace on the beach) the two cases epitomize the systems of corruption in Bulgaria and Russia. There are, of course, clear-cut differences in terms of the size of the mansions involved and the scale of the reaction. But take this as a useful guide to where Bulgaria and Russia are alike, and where they differ.

1. A palace for the person in charge

Yes, Vladimir Putin is the head of state of one of the two biggest nuclear powers and the largest country in the world, while Ahmed Dogan is an honorary chairman of a minor ethnic-business party in Bulgaria, on the edge of the EU. Thus, the former is suspected of living in a $1,37 billion dacha (the Russian word for holiday home) with an ice palace, vineyard, two helipads and a huge arboretum overlooking a cliff, whereas the latter lives in a much "humbler" (relatively, at least!) 10 million euro mansion opposite an oil refinery.

But notwithstanding the different dimensions and the EU's tempering influence, their exalted control over politics and business in their respective countries is comparable.

While Mr. Putin has dominated all levels of Russian politics since 1999, he is just as famous for his tight grip over the country's oligarchic circles. There is a lucrative private sector, but its independence is illusory. Hence these billionaires actually contributed to the construction of the Gelendzhik palace and helped to hide its ownership.

The case of Mr. Dogan is pretty similar. Both he and Mr. Putin share a background "apprenticeship" in the secret service. And although Dogan has never quite held the executive power of the acting Russian President, he has survived and thrived as a dominant force over the Bulgarian public landscape since the early 1990s. He is also responsible for "domesticating" some of Bulgaria's biggest shady businesses in the early 2000s, creating a "ring of firms" that "distribute the portions of state financing," as he famously confessed at a rally in the early 2000s.

2. Somebody built it for them

Which brings us to the second similarity - both Mr. Dogan and Mr. Putin have managed to capitalize on the business networks they have helped create. On the Russian side, even before the ACF investigation, it was widely known that the palace in Gelendzhik had been constructed for over a decade through the "donations" and help of friendly businessmen close to Mr. Putin. It has also exchanged hands between some of them over the years.

The scheme, which at the time had already been running for years, involved several public funds, offshore and Russian companies with little documented trace to the Russian President or his relatives, but very close to his inner circle.

Albeit much simpler, a similar sort of scheme applied to the Rosenets mansion of Mr. Dogan. It was constructed by Hermes Solar, a company previously owned by the secretary of a (now deceased) lieutenant within Mr. Dogan's party, with a series of credits from the now defunct Corporate Commercial Bank. When the site was developed, the largest company in Bulgaria - Lukoil Neftochim, helpfully sold this very lucrative piece of real-estate to Hermes Solar.

Just as in the Russian case, however, no document links the person with the property.

While Mr. Putin could plausibly issue a disclaimer, Mr. Dogan was seen living in the mansion and protests actually managed to corner him there.

3. The state is very, very helpful

Although there are no property deeds for the mansions in the names of Mr. Putin or Mr. Dogan, respectively, there are implicit reasons to believe they were constructed with the help of someone really influential.

In both cases, for no apparent reason, the state was excessively helpful. In Bulgaria, as a series of investigations by Capital weekly and Bivol revealed, all tiers of authority have been extremely generous to the company building the mansion.

The Burgas Municipality has gone out of its way on several occasions to make Mr. Dogan's life easier, changing the status of the land and the beach adjacent to it in the regional land use plan, providing construction permits rapidly and even asphalting the rode to the villa with public money. This last favor actually triggered public scrutiny in 2020, after years of passing unnoticed - the closing off of the public road with a private barrier led to the boat landing scene.

The Gelendzhik palace has a very similar physical context, including the decision of the local authorities to construct an asphalt road with public money and allow checkpoints limiting access to it. Absurdly, the Kremlin stated that the airspace above the palace is considered a no-fly zone because of potential NATO spying activities.

In a familiar fashion, on the day of the mass beach protests next to Mr. Dogan's mansion, the Bulgarian maritime authorities also surreptitiously banned flying and seafaring in the vicinity, only to back off later after a vehement public backlash. Additionally, National Security Agency officers protected the mansion (and its unofficial VIP resident) for no apparent reason.

All of these acts, plus the fact that the public prosecution in both states generally ignores them, shows how important these properties seem to be for the state.

4. Dogan is down, Putin is not

In Bulgaria, the palace was first discovered by Capital Weekly and Bivol reporting and highlighted by an opposition politician. In Russia, no media were brave enough to do that.

But both places were off limits to the public and attempts to reach them may lead to severe repercussions. It took Russian activists secretly flying a drone to film the Gelendzhik palace, potentially facing federal charges for doing so, to make their documentary.

Until July 2020, the Rosenets mansion and the public beach next to it were also cordoned off for average Bulgarians and any "trespassers" faced a less-than-polite welcome from unmarked guards, as Mr. Ivanov experienced. Yet now it's at least partially open to the public.

While the ACF and Mr. Navalny had faced intimidation - and even death threats - for exposing Mr. Putin's secret wealth and unconstrained power, Mr. Ivanov is still free to lead protests. And polls show that he will probably enter the next parliament. Also, the secret power coalition between the ruling party GERB and Dogan model seems to have been shaken to the core by these protests and there is a potential for them to lose power. This is inconceivable in Russia today.

In personal terms, the situation is perhaps better for Mr. Dogan. He no longer has to hide his summer residence and he can openly flaunt his wealth. Mr. Putin, by contrast, needs to keep the scandal at arm's length to stay in power. But in terms of its political and business climate, Bulgaria at least has a chance of having a summer without a king. This, alas, couldn't be said about Russia.

On 19 January, a documentary film called "A Palace for Putin: The Story of the Biggest Bribe" was released on YouTube by the Russian Anti-Corruption Foundation (ACF) of dissident Alexei Navalny. The incendiary 2-hour long investigation revealed a 17,5 thousand square meters lavish mansion near the town of Gelendzhik in the Krasnodarsk region of Russia, allegedly belonging to Russian President Vladimir Putin.

Now viewed a staggering 100 million times, it even forced the Russian President himself to react; it also contributed to mass protests across Russia in defense of Mr. Navalny who was arrested on his return from Germany.