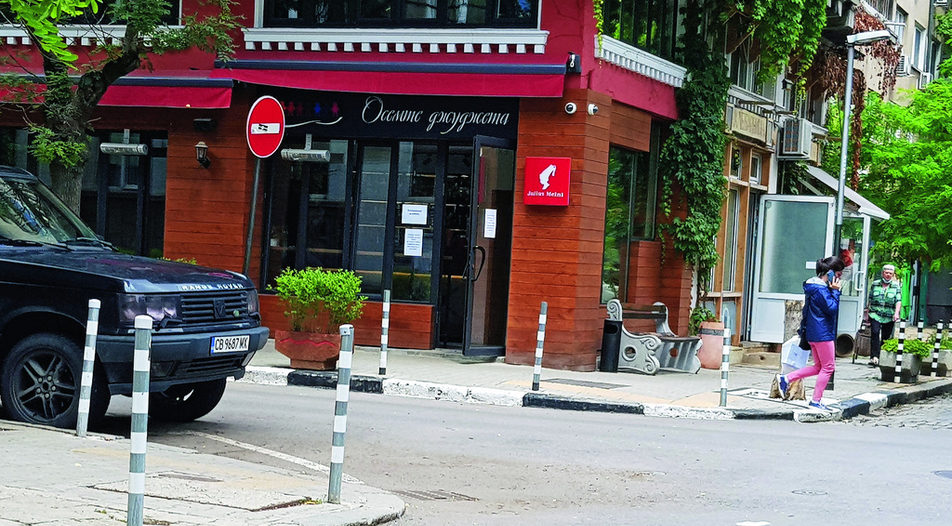 The quarterly index of bad practices

In June, an investigation carried out by the Anti-corruption Fund (ACF) watchdog discovered a network of high-level prosecutors, lawyers and notaries using their institutional connections to capture private businesses. The investigation was centred on Petyo "the Euro" Petrov, ex-prosecutor and told the story of Iliya Zlatanov, owner of the largest elevator construction and maintenance company in Bulgaria.

Zlatanov asked the well-connected Petrov to assist him in taking back control of his family business from his son. A while after Petrov agrees, members of the Specialized Prosecution and its ex-head Dimitar Frantishek started charging the son of Zlatanov and raiding his home. It was strange enough that the prosecution works "on-demand" but the situation got even darker when Mr Petrov tried to extort Zlatanov to transfer his the entire business to him and his partner.

According to the victim of the scheme, Mr Petrov's partner told him that part of the gold they were supposed to return to Mr Zlatanov ought to "go up" to Prosecutor General Ivan Geshev and mogul Delyan Peevski. The case became known as "The Eight Dwarfs" after the name of the restaurant, where Zlatanov and Petrov were meeting. Though this is hardly a fairy tale.

No one involved in the case or named by Zlatanov commented on it, including Mr Geshev, who only said that the prosecution would equally investigate all signals for crime and corruption. That highlight once again the main problem in the Bulgarian justice system - the Prosecutor General could not be investigated independently.

The Honorary Chairman strikes yet again

Ahmed Dogan, the "honorary chairman" of the quasi-corporate Movement of Rights and Freedoms (MRF) ethnic party, confessed to his sympathizers as far back as 2009 that he "redistributes the portions of financing in the state." A decade later, although long departed from active public and political life, Mr Dogan still exercises undue influence over the state institutions he de facto privatized for his and his close circle of businessmen's gain.

Two cases from early July highlighted Mr Dogan's lingering clout. First, on 6 July, the leading GERB candidate to head the Energy and Water Regulation Commission (KEVR), Plamen Mladenovski, announced his withdrawal from the procedure, despite the general support he was receiving from within the energy sector. Rumour in the sector has it that the ex-president of the state-owned gas company Bulgargaz in the 2013-2015 period, Dafinka Yankova, nominated for the post by MRF, will be the new GERB candidate.

Ms Yankova is famous for bringing the gas monopolist to a financial collapse and for her closeness to the MRF energy lobbies, including the president of the Varna Thermal Power Plant, who sold it off to Mr Dogan in 2018. The chairmanship and board of KEVR are important because the institution decides on the prices of heat, electricity and water and, in practice, can redirect the substantial financial flows in the energy sector in certain directions. This makes it an even more important organ on the eve of the EU Green Deal, which will bring further investment.

While the abovementioned case could be classified as Mr Dogan's archetypal sleight of hand, another incident from 7 July reminded the public of his blatant above-the-law status. The leader of the liberal Yes, Bulgaria party Hristo Ivanov disembarked on the beach in front of Mr Dogan's summer mansion in the Burgas bay, only to be tackled by unmarked National Security Office guards. They forced him back into the water and hurled away the Bulgarian flag Mr Ivanov tried to plant. The incident, streamed live on Facebook, drew mass public attention to the summer palace Mr Dogan built at the edge of the law, using his influence in local, regional and state institutions, which practically led to the privatization of a piece of the Bulgarian coastline - an inalienable public territory.

The hotel that is actually a retaining wall

In Bulgaria, many laws that exist on paper are rarely enforced in reality, but there are also cases of the opposite - things that are sometimes small on paper turn out to be a much bigger deal in reality. One such case is that of the retaining wall of the "Driver's beach" near the Sozopol resort on the Black Sea that was supposed to protect the picturesque beach from a landslide, but, in fact, turned out to be a full-fledged, three-storey hotel.

Like most traditional Bulgarian sagas, the details are murky, complicated and date back years. In a nutshell, one of the large infrastructure companies in Bulgaria - Glavbolgarstroi (GBS) got a construction permit from the Sozopol municipality in 2018 to build a retaining wall on the beach to prevent the landmass behind it crumbling into the sea. After asking for the documents related to the case for over a year, Capital weekly found out that the plan was much larger than the retaining wall and actually included ten apartment blocks of between one to three floors, each to be laid out in a terrace-like manner above the "retaining wall".

All of this is, of course, completely legal and was approved by the Regional Development Ministry, the local municipality and its regional environmental and construction permit offices.

While excessive construction on the Bulgarian shoreline has been a sensitive topic for the public for years, this time around the case attracted extra attention for several reasons. First, the "Driver's beach" has emotional significance for many Bulgarians because it was there where the closing scene of a Bulgarian cult classic, "Orchestra without a name" was filmed, serving as a permanent reminder of the times when not a single building blemished the Black Sea coastline. Second, it turned out that the husband of Foreign Minister Ekaterina Zaharieva, a reputed architect, had planned the building, spurring allegations of nepotism. And finally, due to the COVID-19 situation, many public figures tried guilt-tripping Bulgarians into visiting the Black Sea, which has generally been shunned in favour of Greece by discriminating holidaymakers because of over-development. Well, this "retaining wall" did not serve their case well.

Just over a year ago, the lieutenant of Prime Minister Boyko Borissov in GERB and in Parliament, Tsvetan Tsvetanov, was ingloriously ousted from the party and the National Assembly after the Bulgarian branch of Radio Free Europe (RFE/RL) published an investigation into a property deal of his. According to the report, Mr Tsvetanov purchased a high-end apartment in central Sofia for much less than its market value. This led to allegations of influence-peddling on his behalf for Artek's, the company that constructed the apartment building. The case became known as "ApartmentGate" and soon involved a number of other high-level GERB functionaries, including then Justice Minister Tsetska Tsacheva and ex-Culture Minister Vezdhi Rashidov. Ms Tsacheva, alongside Mr Tsvetanov, filed their resignations, as the State Prosecution announced it would probe the case.

"There is no one who will punish me," Mr Tsvetanov said in one TV interview at the time. This Freudian slip, whereby he meant that he had done nothing wrong and nobody in his party would go after him, cost him his place as Mr Borissov's deputy. Yet this was prophetic in another sense. In May this year, without ever announcing it publically, the Specialized Prosecution responsible for investigating high-level political misdeeds, closed its probe into Mr Tsvetanov's property deal for lack of evidence. The only reason the general public found out about the closure of the case was that the civic movement Boets ("Fighter" in Bulgarian), which prompted the authorities to investigate, asked the prosecutors for updates on the case.

In the meantime, Mr Tsvetanov sprung back to public life, first launching a Euro-Atlantic think-tank and, more recently, announcing a new political project. If he somehow manages to get back to Parliament, this would definitely be the final proof that, indeed, nobody can punish him.

In June, an investigation carried out by the Anti-corruption Fund (ACF) watchdog discovered a network of high-level prosecutors, lawyers and notaries using their institutional connections to capture private businesses. The investigation was centred on Petyo "the Euro" Petrov, ex-prosecutor and told the story of Iliya Zlatanov, owner of the largest elevator construction and maintenance company in Bulgaria.