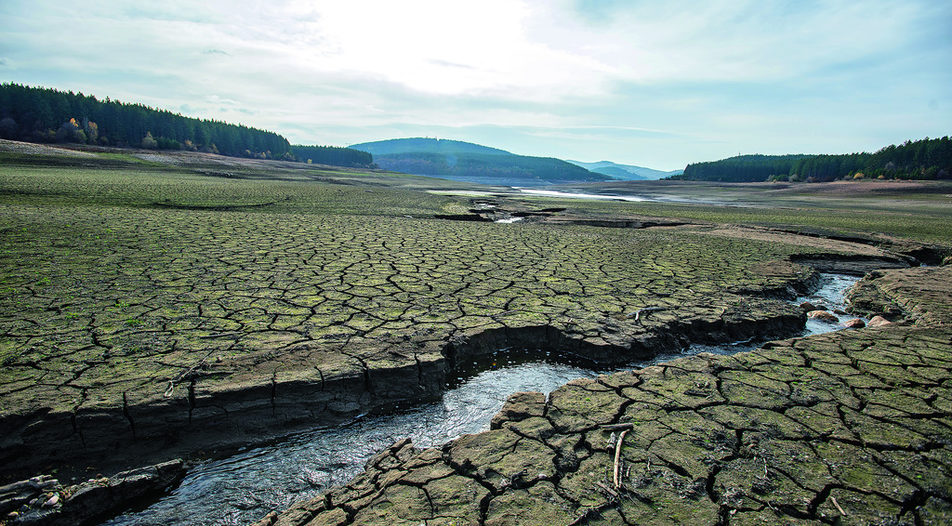 Before the COVID-19 crisis took center stage a series of crisis seemed to be shaking the government. Now they are conveniently overlooked.

Two core features steer Bulgarian public life. The first is that it is driven by a series of scandals and outrages that continue for a few days (or, at best, weeks), until the next one takes over. The second, and perhaps more insidious truth, is that the public's memory, shaped by biased institutions and media, is all too short.

So it is that most Bulgarians live in a state of unhappy oblivion, angered by everything happening around them, but unable to recall how it all started, who is to blame and whether anyone will ever get punished for their (mis)deeds.

These cycles of scandal and impunity have been ongoing for years, but the recent COVID-19 crisis which, for a while, seemed like an existential threat and dominated Bulgarian media, erased some burgeoning scandals just as they were brewing. The most notorious of these was the water crisis in Pernik and the botched attempt of the authorities to fix it, followed by the "BarcelonaGate" scandal that linked a mansion in the Catalan city to Prime Minister Boyko Borissov. While the first wasted 10 million euro of Bulgarian taxpayers' money to construct a useless pipeline, the latter "only" cost a fraction of Bulgaria's preciously scarce international reputation. One thing is certain - both scandals are all but forgotten by the public already.

The water crisis in Pernik was going on for about four months when COVID-19 arrived in Bulgaria in February and dominated the news and the public consciousness. The problem started when in November 2019 it suddenly turned out that the water levels of the Studena reservoir that supplied the city of 120 thousand were running dangerously low and an immediate and severe water rationing would have to be imposed. The crisis was a product of a combination of factors, including the long, dry summer, the long-neglected pipeline infrastructure of the city that reportedly wasted three quarters of the water before it reached people's taps, and an attempt to brush the problem under the carpet ahead of the October-November local elections.

Compounding the negligence leading up to the crisis was the government's response. Entering emergency mode, Prime Minister Boyko Borissov resorted to a favorite tactic - the construction of another large-scale infrastructure project, a water pipeline designed to link Studena with the Beli Iskar reservoir that feeds the capital. The project was supposed to cost just over 13 million euro, which later dropped to 10 million euro, funded by the state budget, because the Pernik water company could not afford it. In April this year, however, it turned out that the hastily designed emergency pipeline that got constructed by circumventing public procurement procedures is practically useless.

This was because the pressure of the water flowing from Sofia to Pernik was too high, due to the speed with which it was flowing, so damaging the newly laid pipe. For some reason the engineers responsible did not plan for the construction of a smaller balancing reservoir midway to slow down the water flow. "Water from Sofia comes in with too much force and the pipes burst. In ten days we wasted as much water as we allocated for a whole month; we will have problems in the middle of the summer if we go on like that," Environmental Minister Emil Dimitrov announced on 16 April.

Luckily for Pernik residents, a snowy late winter plus a rainy spring replenished Studena reservoir. Yet, as so often, it is likely that no one will be culpable for the complete waste of funds for building the emergency pipeline, or for causing the crisis in the first place. All three officials, including ex-Environmental Minister Neno Dimov, who were publically arrested and indicted for causing the crisis due to negligence, are currently on parole.

Barcelona in our mind

The second, now forgotten, scandal struck closer to home for Prime Minister Borissov. It started with a February article in the largest Catalan newspaper, el Periodico, revealing an ongoing investigation by the local police and the national anti-corruption organ into an "international money laundering ring", possibly linked to Mr Borissov himself.

One piece, quickly spotted by Bulgarian and international media outlets, claimed that the Spanish authorities were probing the purchase of a lavish house in the outskirts of the Mediterranean city, as well as a boutique shop on the famous La Rambla shopping street, linked to companies of people close to the Prime Minister. The house, the investigation claimed, was occupied by Borislava Yovcheva, a former model and alleged love interest of Mr Borissov, for whom he had purchased the house according to a leaked (and uninvestigated) recording by the former President of the Sofia City Court, Vladimir Yaneva.

The Prime Minister denied all allegations and pro-governmental media outlets, including the national TV station, gave the green light to conspiracy theories linking el Periodico with an attempt by Russia to undermine Mr Borissov. President Rumen Radev, who has remained the sole vocal institutional critic of Mr Borissov, was also somehow stitched to the allegations of a Kremlin plot, which has become the go-to explanation of scandals by government officials and their auxiliaries in the media over the past year.

Luckily for Mr Borissov, just as the scandal gathered momentum and even drew the attention of the Bulgarian Prosecutor's office, an institution that is catholic in ignoring high-level allegations against Mr Borissov and various associates, the COVID-19 crisis usurped the news. Over the next two months, Mr Borissov was too busy organizing anti-pandemic measures and the State Prosecution - going after the disgruntled lottery oligarch Vassil Bozhkov, to pursue the case.

Then, in early June, a request for information made by Sega newspaper revealed that the Prosecutor's office had closed the investigation into Mr Borissov's alleged participation in the money laundering scheme in mid-May, without any announcement. The spokesperson of the institution told Sega he would check the justification for this decision, only to stop answering his phone.

Those are only two of the most important bullets that Mr Borissov and his government dodged due to the pandemic. Yet, it would be unfair to blame the global health emergency as the sole culprit for the civic amnesia about government mishaps. In the end, the public blissfully forgot earlier scandals, such as the biggest data leak in Bulgarian history that revealed personal details of millions of taxpayers from the databases of the National Revenue Agency, even before COVID-19 hit the country.

Two core features steer Bulgarian public life. The first is that it is driven by a series of scandals and outrages that continue for a few days (or, at best, weeks), until the next one takes over. The second, and perhaps more insidious truth, is that the public's memory, shaped by biased institutions and media, is all too short.

So it is that most Bulgarians live in a state of unhappy oblivion, angered by everything happening around them, but unable to recall how it all started, who is to blame and whether anyone will ever get punished for their (mis)deeds.