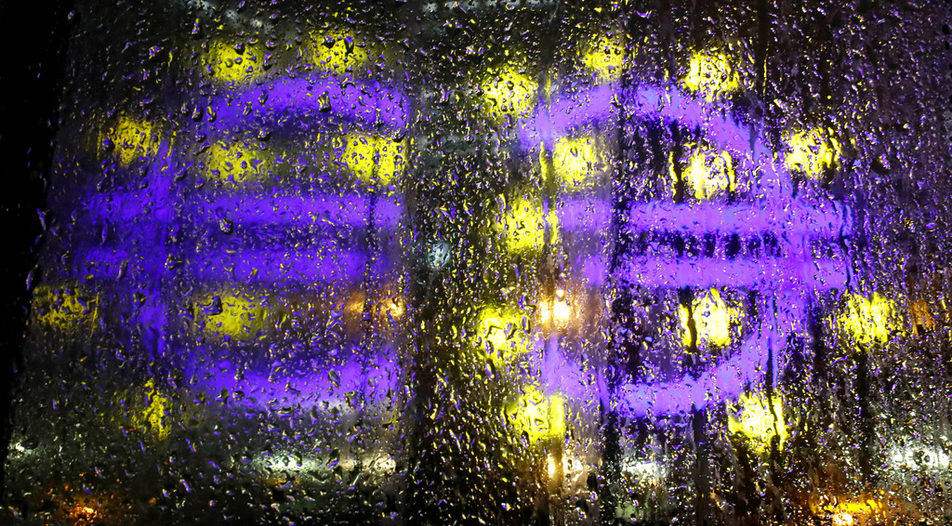 Is Eurozone entry slipping away from Bulgaria?

Is Eurozone entry slipping away from Bulgaria?

Only six months ago Bulgaria's Prime Minister Boyko Borissov was sure the country would be invited by July of this year to join the Exchange Rate Mechanism II (ERM II) and the Banking Union, the two initial steps preceding entry into the Eurozone. Earlier, Mr Borissov had even set a precise date -July 14.

However, July passed and Sofia missed its deadline to apply. The ongoing question now is whether the delay was caused by technical hitches en route to the Eurozone, or it might signal a longer postponement of Bulgaria's ambitions to become the 20th member of the euro club.

In June 2018 Bulgaria succumbed to Brussels' pressure to apply for the Banking Union first and, if accepted, to enter simultaneously the ERM II. This is a novel approach and Bulgaria's candidacy sets a precedent. As a result, not only will Eurozone member states have a decisive say over Sofia's application, but also the European Central Bank (ECB) which has always seemed underwhelmed about Bulgaria's euro overtures.

In order to start on its path towards the euro, Sofia will first have to convince the ECB to establish close cooperation with the Bulgarian National Bank (BNB) - a mechanism that is the equivalent of the Banking Union for non-Eurozone countries. Following the publication in July of the results of the ECB-conducted asset quality review and stress test of the Bulgarian banking system - an entry exam for the Banking Union, it is apparent that Sofia still has some homework to do. Additionally, it is possible that some member states and the ECB could use ongoing problems in Bulgaria's judicial system and law enforcement agencies as another reason to postpone their final 'Yes'.

What determines Bulgaria's entry into the euro area?

When in 2018 Mr Borissov set the deadline for his country's entry into the ERM II, it was thought that the ECB would finish its review of the banking system in less than a year and the Bulgarian authorities would react swiftly to potential problems.

However, the results of the stress test were published in late July. On the one hand, the timing prevented the Eurogroup (the finance ministers of the Eurozone) from discussing Bulgaria's case in July. On the other, it left Bulgarian authorities with only a few months to take actions upon the ECB's findings until the next Eurogroup meeting in October.

Out of the six banks covered by the ECB's comprehensive assessment, four face no capital shortfalls. The remaining two - domestically-owned First Investment Bank (Fibank) and Investbank, fall below the threshold for the test's baseline and adverse scenarios. Now, the BNB and the two banks will have to come up with measures to address the shortfalls acceptable to the ECB. This should have happened by mid-August but there is no public information about that. Afterwards, the ECB will decide whether to invite Bulgaria to join the Banking Union. Given that the shortfall in Fibank is very big (263 million euro or 0.5% of Bulgaria's GDP) and the bank has already failed to find external investors, it is hardly possible to fill the gap within a couple of months. Bulgarian authorities hope that the ECB will not base its decision exclusively on their two problem banks.

Unexpectedly, another obstacle on Bulgaria's path towards the euro arose in July - issues affecting the insurance sector.

By the end of August Bulgaria's largest car insurer Lev Ins will have had to pay its share of several million euro in claims due according to the Green Card reinsurance contract for road accidents abroad. The company has been citing partner fraud as the reason for its refusal to pay. The problem has been known for a while now but has remained unresolved, again raising doubts over financial oversight in Bulgaria.

Moreover, some Eurozone countries may still pose additional informal demands to Bulgaria in order to take advantage of the Bulgarian government's willingness to get the job done quickly and take the country into ERM II.

Even though the quality of the Bulgarian judicial system is not part of the six formal requirements agreed between Bulgaria, ECB and the Eurogroup in June of last year, it will affect the decision to invite Bulgaria into ERM II and the Banking Union. Last year, the Eurogroup called on the Bulgarian authorities "to thoroughly implement the reforms monitored by the Commission under the Cooperation and Verification Mechanism in the areas of judicial reform and the fight against corruption and organized crime in Bulgaria, in light of their importance for the stability and integrity of the financial system".

The European Commission will issue a new assessment of progress under the CVM at the end of September. The president of the Commission, Jean-Claude Juncker, declared in 2015 that he hoped the process of monitoring would terminate by the end of his mandate, i.e. in October this year. But the mood now is not so optimistic. With Bulgaria regressing, it is quite possible that the CVM process will not be concluded. Justice Commissioner Vera Jourova said in April that she believed "this is not feasible under this Commission. The trend is not so satisfactory that we could say very clearly that we can stop this mechanism".

Posing new demands risks turning Bulgaria's ERM II bid into a new Schengen-area case. Bulgaria has formally met all requirements to join the EU's borderless area in 2011 (according to the European Commission) but still remains outside thanks to objections from several member states that cite corruption and the inefficient judicial system as reasons.

When can Bulgaria join the ERM II?

The first regular Eurogroup meeting after the summer holidays is scheduled in October. This is also the earliest date for Bulgaria to receive an answer to its Eurozone bid. If the decision is positive, Bulgarian lev could enter the ERM II in January 2020.

However, several factors may delay the decision. For example, it could be postponed until the new European Commission, which takes over on November 1, re-examines the Bulgarian case. The rising likelihood of a hard UK Brexit and a looming new global financial downturn could distract EU's finance ministers as well.

In a more downbeat scenario, the decision regarding Bulgaria's candidacy may be postponed to 2020 if the ECB decides that all the measures that the BNB and the banks propose to address the capital deficit must be fulfilled. This could mean that the ECB may wait for audited financial reports for 2019, due in the second quarter of 2020.

Meanwhile, Sofia is trying to push certain political points, for example that Eurozone enlargement augurs well in times of Brexit, but they seem not to have persuaded euro area member states of Bulgaria's merits.

Who decides who enters ERM II?

Formally, countries in the euro area plus Denmark (which is part of ERM II), while the ECB only has a consulting role. However, the Eurozone countries rely on the assessment of both the European Commission and the ECB. The ECB role is additionally strengthened, because it is guardian of the Banking Union and Bulgaria is required to join it before it can enter ERM II.

When will Bulgaria be able to use the euro as a national currency?

Each country that decides to enter the euro area must fulfil several convergence criteria - price stability, certain thresholds for indebtedness and budget deficit, long-term interest rates level and a minimum of two years in ERM II, in which the national currency gets pegged to the euro within certain limits. With the lev currency already pegged to the euro under Bulgaria's currency board system, in theory the country should be able to start using the common currency once the two years have elapsed.

However, taking into account other countries' experiences in moving from ERM II to the euro area, the stay in the so-called euro's waiting room could be a lot longer. For example, Latvia (also with a currency board like Bulgaria) had to wait for a decade, with the global financial crisis being a big factor.

In practice, the final decision would require another informal round of debates with member countries, in addition to the ECB assessing whether joining the Eurozone would lead to risks for the European and the local economy. This report looks to what extent the candidate meets the convergence criteria. Bulgaria's weak spot is inflation, which is naturally higher in the catching-up economies.

Why does Bulgaria want the euro?

Adopting the euro as a national currency carries various economic benefits - lower interest rates on government financing, reputational benefits for foreign investors and cheaper business transactions, etc. Only the latter could save Bulgarian business 400 million euro annually, according to a report by Daniel Gros, an economist at the Brussels-based think-tank CEPS.

Secondly, Bulgaria will have an independent banking supervisor - the European Central Bank. This is a major plus, taking into account the traditionally weak and politically dependent institutions in the country.

Only six months ago Bulgaria's Prime Minister Boyko Borissov was sure the country would be invited by July of this year to join the Exchange Rate Mechanism II (ERM II) and the Banking Union, the two initial steps preceding entry into the Eurozone. Earlier, Mr Borissov had even set a precise date -July 14.

However, July passed and Sofia missed its deadline to apply. The ongoing question now is whether the delay was caused by technical hitches en route to the Eurozone, or it might signal a longer postponement of Bulgaria's ambitions to become the 20th member of the euro club.