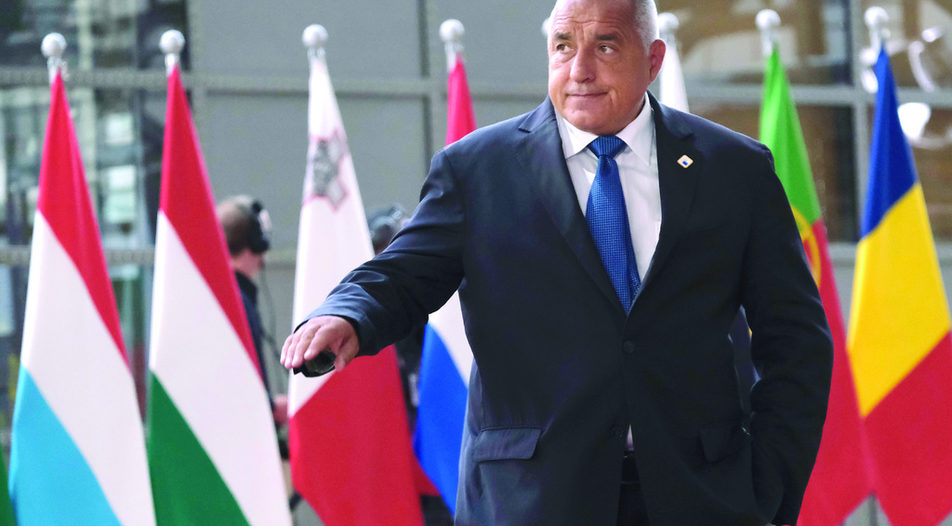 "The only thing the Balkans export is history," according to a famous, albeit unattributed quote. While this statement holds less validity with the integration of the Balkan economies into the global economy in recent decades, history and identity remain elements of national pride, points of contention and food for populists across countries in the region.

The Bulgarian-Macedonian Good Neighbourhood and Friendship treaty from 2017, followed by the breakthrough between Skopje and Athens two years later, when the name of the former Yugoslav republic was changed to North Macedonia, seemed to herald a departure from a tradition of mutual hostility and mistrust.

Yet, this honeymoon seems over. With the Council of the EU postponing a decision to start negotiations with North Macedonia and Albania until the autumn of 2019 and looming political crises in both states, problems seem to be piling up. Now, a rift dating back to early June between Sofia and Skopje seems to be the next straw on the camel's back of Skopje's EU integration efforts. On the sidelines of the European council on Brussels on 20 June Bulgarian Prime Minister Boyko Borissov directly threatened Macedonia that it would have to make a historic history compromise or face determined Bulgarian opposition.

The drama began on 9 June, when Defense Minister and VMRO head, Krasimir Karakachanov, warned that the work of the so-called Historic committee had "stalled" and called the Macedonian proposal to celebrate late Ottoman era revolutionary Gotse Delchev on 7 October - the date his remains were returned to the then-Yugoslav republic in 1946, "a blatant form of mockery."

Delchev is considered a national hero in both countries, primarily for having launched the original Internal Macedonian Revolutionary Organization (VMRO, after which parties in both Bulgaria and N. Macedonia are called).

Yet, the Macedonian side of the Historic Committee, established to resolve differences between the historiographies on both side of the border, chose an unfortunate date as a proposal for commemorating his joint legacy.

"This date is unacceptable to us and we will make no compromises with the truth," a spokesperson of the Bulgarian Foreign Ministry told KQ. "This is a period when relations between Stalin and Tito were still perfectly harmonious and they forged plans to change the borders on the Balkans in order to create a grand Slavic Federation. Bulgaria, under the rule of Georgi Dimitrov, blindly followed Moscow's instructions," their response went.

There is little surprise that both GERB and VMRO members of the Cabinet raised their voices against this date. Mr Karakachanov even warned that if a consensus on the topic is not reached, the Bulgarian delegation "ought to leave the negotiating table, with all due consequences for the European and NATO integration of North Macedonia."

But it was not only politicians who objected to the decision of the Macedonian side to propose the 7 October date for a joint commemoration of the revolutionary. On 15 June the co-chair of the Historic committee on the Bulgarian side, Prof Angel Dimitrov, told the Bulgarian National Radio that the first meeting between the two sides failed to come to an agreement about the contested past of the two states beyond the pre-history and the antiquity.

"We failed to reach a conclusion even when it came to the Medieval Age. I doubt that we will manage to do so even in September [when the next meeting of the committee will take place]," Dimitrov said. He underlined that one of the key problems of the commission is the frequency and the intensity of the meetings.

He added that his perception was that North Macedonians viewed the past in such a way that Bulgaria was not a friend with whom they share a common history, but rather as a traditional foe who had stolen their history.

Ill intentions on both sides

Some experts, however, think that ill intentions on both sides led to the debacle.

"I suppose that there are people on both sides of the fence who do not consider good relations between the two countries to be a priority. Many people have based their careers on ratcheting up tensions between the two states," Daniel Stefanov, Programme Coordinator of the European Council of Foreign Relation, ECFR's Sofia office told KQ.

He says it was clear from the start that the historical and cultural issues would have been the hardest to reconcile and achieving a consensus in this field would have required painstaking efforts on both sides, by historians and politicians alike.

"This was the very reason these topics were to be discussed in a committee separate from the political one. There is a growing risk, however, that these issues will become heavily politicized," he warned.

According to the foreign policy expert, there is a risk for Bulgaria in the event of a possible deterioration in relations with North Macedonia.

"This may impact the country's position as an advocate of Western Balkan European integration. This does not mean that we have to agree with everything the North Macedonian side says, but that we need to propose a more constructive approach to solve problems between the two countries," Mr Stefanov says.

In other words, Bulgaria, which prides itself on promoting Western Balkan - and especially, North Macedonian - European integration, needs to be a bit more careful about its approach to such touchy identity issues and adopt a more measured diplomatic tone than the current one. Because threatening Skopje's future over the past seems counterproductive, to put it mildly.

"The only thing the Balkans export is history," according to a famous, albeit unattributed quote. While this statement holds less validity with the integration of the Balkan economies into the global economy in recent decades, history and identity remain elements of national pride, points of contention and food for populists across countries in the region.