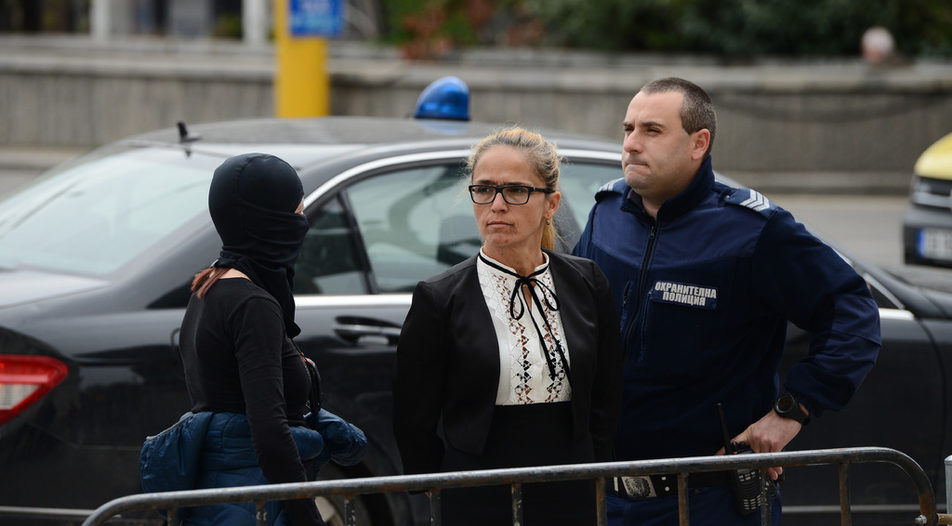 Desislava Ivancheva, the ex-mayor of Sofia’s Mladost district, received the heaviest graft sentence in recent Bulgarian history but the authorities’ handling of the case stirred public outrage and sympathy for her.

Precisely a year after the most Hollywoodesque police action in recent Bulgarian history - a massive televised police operation to arrest the ex-mayor of Sofia's Mladost district Desislava Ivancheva, she received the heaviest sentence in the short and uninspiring record of Bulgaria's anti-corruption efforts.

Ms Ivancheva, who was caught driving her car with a box full of 56,000 euro in April 2018, was sentenced to 20 years in prison and a 10,000 levs (5,000 euro) fine, as well as being barred from holding office. She was convicted for asking real estate entrepreneur Alexander Vaklin for a bribe "of a particularly high amount". According to Judge Ivo Hinov, she asked for 187,500 euro to authorize the continuation of the construction of one of Mr Vaklin's projects in the largest district of Sofia.

The unprecedented sentence awarded by the recently created Specialized Criminal Court tasked with tackling high-level graft, however, triggered more public outcry than cheering. The main reason was that Ms Ivancheva and her suspected accomplice and ex-deputy mayor of Mladost Bilyana Petrova, who later received a 15-year sentence and a 15,000 levs (7,500 euro) fine, were badly mistreated by the law enforcement agencies in the year leading up to their sentencing.

Moreover, the heavy judgments were deemed exorbitant, especially compared to the perceived impunity for much more substantial wrongdoing by ruling party politicians that was widely publicized in the past two months (see the "Apartmentgate" piece). Last, but not least, the obvious flaws in the indictment filed by the Specialized Prosecution further eroded the generally knee-high public trust in the most discredited institution in the country.

The Ivancheva story started in late 2016, when the unknown small businesswoman launched a campaign against uncontrolled real estate overdevelopment in the district of Mladost. After a series of protest rallies, she won a snap vote for the mayoral seat there against all odds, defeating the ruling GERB party nominee. Despite the unprecedented victory, however, she gradually lost the support of most small anti-status quo parties and individuals, who had initially backed her, due to her perceived incompetence.

"The chaos that reigns in the district cannot be tolerated any longer," Georgi Kadiev from the Normal State party that had backed Ms Ivancheva told reporters in June 2017. Many real estate developers complained (anonymously) that she was blocking their work by abusing red tape procedures and hinted there might be something rotten in the way she tried to deliver her campaign promise of stopping overdevelopment.

Less than a year later, on 17 April 2018, Ms Ivancheva's car was stopped in the heart of the city by a little army of police officers, specialized prosecutors and members of the then newly established anti-corruption body, the Commission for Illegal Assets Forfeiture (CIAF). The operation lasted for over four hours. Ms Ivancheva and Ms Petrova were handcuffed and remained exposed to the cameras of national news media throughout, while investigators counted the money found in the car straight on the street.

"As an ex-prosecutor I can say that I would have been happy to have worked on a case so abundant with evidence," CIAF head Plamen Georgiev said immediately after the operation.

Yet, this turned out not to be so. According to the Specialized Court sentence, Ms Ivancheva and her accomplices were only sentenced for asking for the bribe but the prosecution failed to show sufficient evidence that they had effectively received it and that they had asked for more bribes (up to half a million euro, as the authorities initially claimed) for clearance for other projects of Mr Vaklin. While the court established that it is undeniable that the indicted district mayor had asked for the bribe, it also noted that there were serious procedural mishaps during the investigation.

Several are noteworthy: the key witness Petko Dyulgerov (a former Mladost district mayor who was sentenced in the case for mediating between Mr Vaklin and Ms Ivancheva), withdrew his testimony in the days before the sentence of Ms Ivancheva was announced; key parts of the transcripts of the intercepted telephone conversations made by the investigation bodies were dubbed inaudible by the prosecutors, raising suspicions of foul intentions.

Lastly, the court said that the prosecution had failed to identify another potential witness, an entrepreneur recorded talking to Mr Vaklin just after meeting Ms Ivancheva. This unidentified witness is heard saying during the wire-tapped negotiations that he was offered a financial reward by the prosecutor's office in exchange for his agreement to become part of a set-up to induce Ms Ivancheva into accepting a bribe.

And while the court was clear that a bribe had been asked for, it was just as plain that the rights of the suspects were badly violated by the authorities.

In the eight months that passed before Ms Ivancheva and Ms Petrova faced trial, they were publicly abused by the police and the prosecution, shuttled back and forth between their homes, police stations and the women's jail in Sliven. Pictures of the appalling prison conditions they endured were shared extensively online, alongside photos of how they were treated while being transferred in handcuffs and shackles, escorted by dozens of police officers.

This was in stark contrast to suspected organized crime bosses being held by one or two policemen. The mistreatment of the two suspects even reached the US Department of State's annual human rights report on Bulgaria and a complaint was filed in the European Court of Human Rights (ECHR) in Strasbourg. Moreover, Judge Hinov announced he was reducing Ms Ivancheva's fine by 10,000 levs because he anticipated she would win her case in ECHR.

The public outrage against the unprecedentedly heavy sentences, the mistreatment of the two women by the authorities and the public perception that they were "martyred" by the anti-corruption bodies, while other much higher ranking politicians and public officials were left alone, helped Ms Ivancheva conduct a relatively successful campaign in the European Parliament elections.

Ms Ivancheva, running as an independent candidate, received 30,310 votes, or 1.55% of all valid votes, coming ahead of the candidates of two nationalist parties currently represented in the Bulgarian parliament. While two higher courts are yet to decide whether the ex-mayor had really asked for that fateful bribe, one thing is clear: the selective way the prosecution and anti-corruption bodies work not only fails to improve their image but might fuel further distrust in them among the public. Moreover, it could destroy the fast evaporating trust people have in the judiciary as a whole.

Precisely a year after the most Hollywoodesque police action in recent Bulgarian history - a massive televised police operation to arrest the ex-mayor of Sofia's Mladost district Desislava Ivancheva, she received the heaviest sentence in the short and uninspiring record of Bulgaria's anti-corruption efforts.