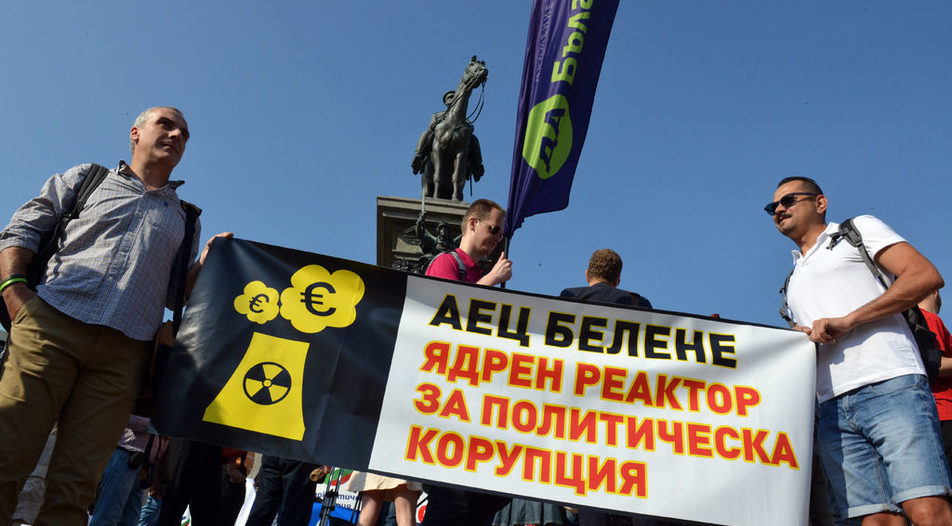 When the government led by Boyko Borrisov decided in 2012 to abandon the unfinished project for construction of a second nuclear power plant (NPP) in Bulgaria, most Bulgarians believed the project was dead.

At least that was the impression left by the decision of the government to impose a moratorium on the construction of a Russian-designed 2000 MW NPP in Belene, on the Danube river, some 150 km east of the country's existing NPP in Kozloduy.

The construction of a new nuclear power plant in Belene based on Russian technology started in the early 1980s and was first stopped in 1990 for a number of financial, economic environmental and safety reasons. Several unsuccessful attempts were made between 1990 and 2012 to revive the project despite the lack of undisputable arguments in favour of its viability.

Thus far the unfinished project has cost Bulgaria over 3 billion levs including a compensation of almost 1.2 billion levs which Bulgaria paid to the Russian manufacturer of the reactors.

Citing the outlay already made as the prime reason, the new government led by the same prime minister decided in May to consider new options for Belene NPP, though the parliament didn't lifted the 2012 moratorium on project. Despite the lack of any fresh arguments to disprove the conclusions of 2012 that the project is financially unsustainable and outright dubious in terms of safety, the current coalition government, backed by its majority in parliament, claims that it is imperative to make a new attempt to bring the project to a successful conclusion, having in mind the considerable investment made thus far.

As was the case with the previous attempts to resuscitate the project, its future remains uncertain for a number of financial, economic, technical and legislative reasons. It remains unclear who would commit to completing the project, at what price, whether the potential investor would demand Bulgarian government guarantees, whether the process would comply with EU rules, how the potential risks to the population and the environment would be minimized. In other words, all questions that caused public concern and motivated the 2012 ban on the development of the project remain unanswered.

As was the case a few years ago, most adult Bulgarians approve of the construction of a new NPP, as long as it is only carried out if it is economically viable, Alpha Research polls ove the years have shown. Above all, this means both clear investment costs and firm deadlines, as well as guarantees for return on investment and guarantees that the new power plant would ensure the country's energy independence, export benefits, as well as lower electricity prices for end consumers in Bulgaria. Those are all answers that the public would expect to hear before the project is restarted.

Concerns about risks associated with the Belene NPP are even more palpable, with 69% of Bulgaria's adult population giving at least one reason to worry.

Safety is ranked first (36%), with the memories of Chernobyl nuclear disaster of 1986 exacerbated by the disaster at Japan's Fukushima NPP in 2011.

Economic and financial risks associated with the project are the second biggest reason for concern, with 29% of Bulgarian citizens worried that the restart of construction would incur unacceptable costs for the country. Young and economically active people, who are unwilling to accept the prospect of turning themselves and the next generations into debtors, are the strongest opponents of a potential restart within this group. Concerns about the ecological risks are also substantial, at 27%, and is shared mostly by the young and middle-aged generations. There is also a concern about the political consequences of restarting the project, with 23% of Bulgaria's adult population wary of geopolitical risks related primarily to a potential increase of Russian influence in the region which is already perceived as rather strong. By deciding to unfreeze the project, Bulgaria has taken a step back from the geopolitical position it has held so far as member of the EU, providing Russia with a clear opportunity to regain lost ground in the region.

One in every five citizens of the country sees the potential restart of Belene NPP project as a domestic political threat due to its vague economic efficiency and the high corruption risk endemic to the project. Any attempt to restart the project over the last 15 years has been accompanied by substantial domestic political scandals and accusations of corruption.

Until May, GERB party led by Mr. Borissov was perceived by the people as the most influential political representative of the opponents of the project. The decision of the ruling party to resurrect the project practically alters the debate from "For or against the project?" to "How to complete the project?". And that is precisely the sort of debate in which pro-European citizens are unwilling to take part. It is precisely the concern that GERB are opening the way for this socially crucial debate that causes substantial hesitation in the right-wing voters supporting the party. Therefore, GERB risks to lose electoral support, especially in the context of next year's vote for members of the European Parliament drawing closer. While it remains to be seen whether the next chapter of the Belene saga could bring any economic gains for Bulgaria, it is certain that it opens up the opportunity to use the project for achieving the political objectives of Eurosceptics and representatives of Russian political interests in the country.

When the government led by Boyko Borrisov decided in 2012 to abandon the unfinished project for construction of a second nuclear power plant (NPP) in Bulgaria, most Bulgarians believed the project was dead.

At least that was the impression left by the decision of the government to impose a moratorium on the construction of a Russian-designed 2000 MW NPP in Belene, on the Danube river, some 150 km east of the country's existing NPP in Kozloduy.