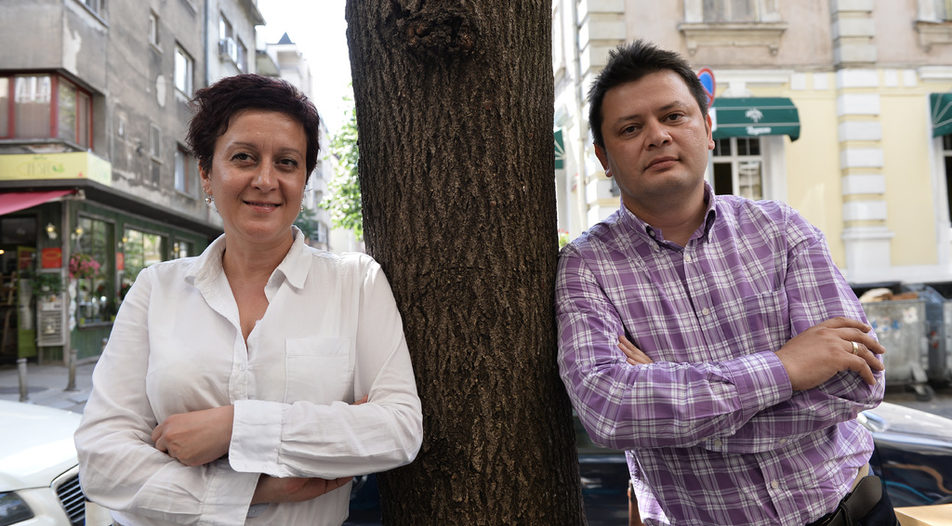 Bulgaria’s will to protest might seem exhausted in the years following the summer of 2013, but dissatisfaction with the country’s politics still simmers

Bulgaria rarely breaks into world news but the turbulent year 2013 was was an exception. Five years ago, mass demonstrations protesting the appointment of media mogul Delyan Peevski as head of the country's national security agency, Sate Agency for National Security (DANS), received close international coverage, and, in the end, led to the fall of the government that appointed him. Despite the failure of this outburst of popular rage to bring longer-term change, is worthwhile to review the stormy events of 2013.

Late in the winter of 2012-2013, skyrocketing household electricity bills triggered popular demonstrations against the government of prime minister Boyko Borissov. Borissov's deft response was to swiftly resignation just three months in advance of the expiry of the four-year term of office of the his party's Citizens for European Development of Bulgaria (GERB) tenure in power.

Weeks after the elections that followed Borissov's resignation, a newly formed government - coalition of Socialists (BSP) and the Movement for Rights and Freedom (MRF), and supported by several on-demand votes from the ultranationalist, pro-Kremlin, Ataka party - appointed a controversial media magnate and MRF parliamentarian, Delyan Peevski, as chairman of DANS. Mr Peevski, a former magistrate and deputy government minister, who had declared only modest assets on his obligatory transparency statement, was know as a public face of the behind-the-scenes establishment, wielding substantial power in Bulgaria. By the time of his appointment, Peevski had achieved control of substantial part of the media outlets in Bulgaria and used them to gain business favors and as a result one of his companies soon becomes one of the biggest government contractors. His appointment to head DANS sparked a street protests in Sofia so massive that Mr Peevski had rem no choice but to resign his position just after one single day in office.

In the wake of Peevski's resignation, tens of thousands of demonstrators continued their protests on the streets of Sofia, calling for the resignation of the government led by prime minister, Plamen Oresharski, on the grounds that the appointment of Peevski had been an act of brazen corruption. Over time, the protests lost steam, and come to a complete end during the final days Oresharski's government in May,2014.

The protests of 2013 injected fresh energy into the moribund parties and politicians that once formed the United Democratic Forces (UDF), a center-right coalition that had governed from 1997 through 2001 and pushed a bold reformist agenda . In the face of the protests, the parties that had comprised UDF created a hotch-potch coalition, the Reformist Bloc, the program of which mimicked the anti-corruption agenda of the protests. The Bloc became part of the ruling coalition formed after the October, 2014 elections but survived for only two years thereafter. Today, the Bloc is remembered for its internal dissension and the resignation of its Justice Minister Hristo Ivanov, who stepped down in the wake of the defeat of his anti-corruption reform agenda.

The aftermath of the protests of 2013 disappointed all who had hoped for meaningful change.

Today, not a single Bulgarian political party that puts anti-corruption at the top of its agenda even registers into the opinion polls. In 2018, non-reformist forces seem stronger than ever. GERB and its nationalist partners in the present government coalition are in a constant internal fight, but when it comes to key votes in parliament they are rock steady. Controversial laws have been passed, including ones drafted by the (formally) opposition MP Delyan Peevski.

Equally upsetting media outlets linked to Mr Peevski, which had vehemently attacked the protests of 2013 and the opposition leader at the time, Boyko Borissov, switched sides. Borissov, following a victory in the 2014 elections, used Peevski's media outlets to propel his agenda and lambaste his opponents. In short, Mr Peevski proved himself an indispensable actor, and politicians of every stripe appeared to vie for his services.

It is no coincidence, therefore, that Bulgaria has fallen in rankings of media freedom , down from 36th place in 2006 to 108th in 2017as per lists compiled by Reporters without Borders.

As to Peevski, the absentee MP and very same person ousted as chairman of DANS in June 2013 after only a single day in office: his business activities have grown substantially. In 2017, a Bulgarian investigative journalism website, Bivol, published a leaked corporate presentation by a Dubai-registered conglomerate linked to him. The presentation, apparently prepared for potential investors, placed the assets under management of the company at just short of 1 billion USD. If this figure is correct, the Dubai-registered conglomerate would be Bulgaria's largest enterprise.

The seeming inability of Bulgarian institutions to fight high-level corruption remains, despite the efforts of the office of the prosecutor general to improve its lower-than-ever public approval rating. This past year, the fifth year in office of Prosecutor general Sotir Tsatsarov, the number of corruption-related cases being prosecuted has grown, however most of these cases appear to involve provincial small fry, with their arrests by masked police providing easy grist for television news broadcasts. As a result, the embarrassing EU monitoring of the Bulgarian law enforcement system continues

One other thing remains the same: electricity is still the number one topic in Bulgaria. The country's largest power distribution company, CEZ Bulgaria was sold to a previously unknown Bulgarian company Inercom, in late-February of this year. The sale raised questions weather an unknown but influential player used a Inercom as a proxy to lay his hands on one of the the country's major energy assets. The withdrawal of CEZ from Bulgaria is is symptomatic of a decline of interest in the country by foreign investors and their replacement by shady or unknown players, a clear sign of an overall deterioration in Bulgaria's business climate. The negotiations for control of the two most popular private TV stations in Bulgaria, bTV and Nova, may prove this trend is ongoing, substituting big international companies with local players.

Amortization of the political elite

The political dominance of GERB is undisputed but it has reached the zenith of its influence. The Socialists remain stuck in second place, a disappointment for those who thought that the energetic new leader of the party, Korneliya Ninova, might position the Socialists to rule. The Reformist Bloc, the party closest to the spirit of the protests of 2013 and a favorite of the pro-reformist urban voters, is out of the running. The two populist formations that have made it into the current parliament, - Volya and United Patriots, see the natural decline from being an alternative of the status quo to becoming part of it.

This setting opens the political scene for changes. Truly reformist parties such as Yes, Bulgaria and Democrats for Strong Bulgaria (DSB), could finally come together. Severe attacks on both parties by the media outlets controlled by Delyan Peevski prove that the current ruling parties the possibility of their entering the mainstream as a threat. Several new political parties, gravitating around popular TV personalities, are in the pipeline and test the ground for potential support estimation.

Even more worrying for Bulgaria's overly cautious prime minister Boyko Borissov, 2018 saw a new wave of protests in Sofia and elsewhere in the country. The protesters demanded the resignation of environment minister Neno Dimov, but again, most of the demands are more general and against the corrupted model of the Bulgarian politics. However, just like in the anti-corruption protests of 2013, the gap between Sofia and Bulgaria's people-drained countryside remains huge when need arises to defend non-tangible assets like the rule of law or the transparent awarding of ski resort concessions. Those protesting on the streets of Sofia were again surprised to see the supporting flashmobs of the Bulgarian diaspora in London outnumbering those in the provincial center of Lovech, for example.

What's the matter with Bulgaria?

Eleven years ago, upon Bulgaria's accession into the EU, expectations that that the country would use its membership to do more than construct motorways and modernize its agriculture were high. At the time, all but few Bulgarians believed that peer pressure from other European member states would result in meaningful changes and improved integrity of the country's administrative, and judicial systems.

Today, however, even as Bulgaria is at the helm the Council of the European Union, the country is still mired in corruption, scandals, and poor governance - this despite the continuing monitoring of the country's ineffective judicial system by the European Commission. Previous hopes of Bulgaria joining the EU's Schengen borderless area and ERM II, the Eurozone's training ground, during the course of its EU presidency, appear to have vanished. Accession to Schengen and ERM II are reform milestone that Bulgaria must achieve in order to be taken seriously within the EU. Fellow member states, however, are still not convinced of the quality of the country's institutions.

Why hopes have not come true? There are many explanations as to why the the process of reform has been so painfully slow in Bulgaria. The fundamental reason, of course, is the inability of the country's political environment to deliver a reform agenda that goes beyond mere lip-service and on-the-surface attempts to keep Brussels calm. In this issue, KQuarterly has invited a number of writers, commentators, and academic experts to present their insights into why Bulgaria's seems unable to deliver on reform.

They range from the anarchistic approach towards state institutions shared by many Bulgarians, via the embedded political irresponsibility in the Bulgaria's political system to Russia's hybrid propaganda success as a sign of an entrenched oligarchy. These are not an all-encompassing explanations - we preferred to sketch out the problems in order to give a broader picture of Bulgaria's woes. And we promise to continue the series.

* Nikolay Staykov is an entrepreneur and civil activist. In 2013 he joined others to found the news website NoResharski and is also on the founders the Anti-Corruption Fund, an organization dedicated to uncovering corruption at high levels of government.

Bulgaria rarely breaks into world news but the turbulent year 2013 was was an exception. Five years ago, mass demonstrations protesting the appointment of media mogul Delyan Peevski as head of the country's national security agency, Sate Agency for National Security (DANS), received close international coverage, and, in the end, led to the fall of the government that appointed him. Despite the failure of this outburst of popular rage to bring longer-term change, is worthwhile to review the stormy events of 2013.