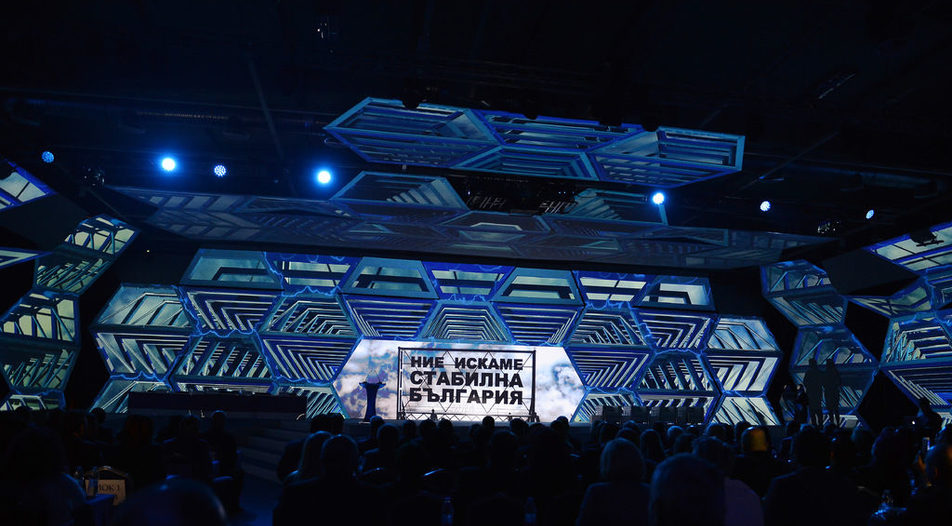 What is rocking GERB’s boat?

What is rocking GERB’s boat?

Bulgaria’s main ruling party may seem monolithic, but a series of scandals revealcracks in its foundations

From London, through Berlin to Sofia, stability has become a mantra for political leaders clinging on to power at what is seen as times of turbulence for their countries. British Prime Minister Theresa May used it (unsuccessfully) as a catchphrase before the last elections, Chancellor Angela Merkel is making efforts to salvage the grand left-right coalition, referring to the need for stable Germany.

But if there is a grand master of political stability among EU leaders, his name is Boyko Borissov. The Bulgarian prime minister has been using the word incessantly for years, even when he called early elections. Now, what he claims is his main international goal, is to safeguard regional peace and order.

Yet, several scandals in the past few months showed how fragile the foundation of cherished stability - the dominance of a monolithic GERB party in parliament - may be.

First, it was the Sujukgate scandal that saw the dismissal of GERB MP Zhivko Martinov, who was charged with corruption. He was suspected of extorting businessmen in his constituency, asking for donations in the extravagant form of the traditional Balkan salami, hence the name of the scandal.

Then another GERB MP, Anton Todorov, had to leave after threatening a Nova TV reporter that he may lose his job if he is not careful enough what kind of questions he asks. In late October came the so-called Koumgate scandal (see p.119), when opposition Socialist Party accused of nepotism former energy minister in the first GERB cabinet and current MP Delyan Dobrev. The result was a legally absurdist vote in Parliament against Mr. Dobrev's personal decision to resign as MP. The vote was held against Mr. Borissov's public demand that Mr. Dobrev ought to be left to resign.

Just after recovering from that blow, the ruling party sustained a new blow - at the end of October healthcare minister Dr. Nickolay Petrov resigned after the results of an audit of the Military Medical Academy in Sofia previously run by him were leaked to the largest TV station bTV. The audit showed Dr. Petrov had granted a 1.1 million levs (0,56 million euro) procurement contract to a private company of his daughter's partner in 2014. Even though Dr. Petrov had done nothing strictly illegal under Bulgarian rules on conflict of interest (his daughter was not married to her partner, which exempts him from scrutiny), Mr. Borissov implicitly asked for the resignation of his healthcare minister and received it quickly.

Last, but not least came the resignation of Parliament Speaker Dimitar Glavchev, who was forced to quit by the PM for dismissing Socialist leader Kornelia Ninova from a plenary session for "insulting the Parliament and members of the Council of Ministers". On this occasion, Ms. Ninova was simply lamenting the refusal of the MPs to allow the questioning of the PM in the chamber.

With five substantial public scandals involving GERB members in less than two months - all related to corruption, nepotism and abuse of power, stability has never been less stable.

This is making the PM restless. At the end of November, he saw a "brazen political attack" in the fact that a few poorly laid cobblestones on a boulevard is Sofia were taken out by a suspected "protester". The ridiculous accusation is a sign that GERB is losing its balance.

The combination of GERB's reputation tarnished by allegations of corruption and a seemingly stronger, cocksure Socialist Party that manages to highlight flaws in the ruling party, produced a strange response from Mr. Borissov. He announced that probes will be launched into the mass privatization deals of the late 1990s/early 2000s that will go beyond the legally defined statutes of limitations. In order to that, his party will propose amendment in the Bulgarian constitution. This is an attack on many fronts.

First, it's aimed against Ms. Ninova, who took part in the privatization process at the beginning of her career as a lawyer in the 1990s, becoming a CEO of large, then publicly-owned company Technoimpex at 28. Then Ms. Ninova took part in the manager buyout of the company, a privatization method that frequently helped some well connected people get valuable resources practically for free.

Which brings us to the second front. Investigations looking back 20 years into the past can affect hundreds of companies (it turned out the Ministry of Economy has no idea how many companies have been privatized). But the attack is mainly targeting Ivo Prokopiev, owner of Economedia - the publishing house that brings you KQ and one of the few media outlets in Bulgaria remaining critical of the government. The retroactive measure is intended to reopen a case of a privatization deal in 1999 that had been already investigated and in two instances back in 2003 the court declared that there was no foul play. Now, the Commission for Illegal Assets Forfeiture has frozen Mr Prokopiev's equities in several companies over suspected wrongdoing on another deal. No matter what the findings will be, an investigation that can last for years can ruin Mr Prokopiev's business.

Last, but not least, the new retroactive measures are also aimed to impress the European Commission which has consistently criticized the government's inability to bring to justice cases of high-level corruption.

The scandals that rocked GERB in the last couple of months and its drive to investigate alleged wrongdoings in privatization deals concluded 20 years ago reveal two important things about the current government.

First, attempts to deflect public attention from real challenges are a regrettable practice undertaken by many governments, not only in Bulgaria. Fight against "destructive privatization" in Bulgaria resonates well with parts of Bulgarian society (80% of respondents in a recent Gallup International - Balkan poll said they want the process investigated and the wrongdoers - held to justice) and fits well into GERB's anti-corruption narrative. Investigations of old privatization deals will allow the government to claim that it is a champion of justice and substitute the obvious absence of genuine anti-corruption measures against high-level politicians and magistrates.

Much more troubling, however, is that GERB seems to be siding with the so-called "behind-the-scenes establishment" (an expression used in Bulgaria to describe the murky relationship between politics and business in the country).

The alleged embodiment of this establishment, Delayn Peevski, has for long time sought to silence the few media outlets which do not belong to his media empire. Mr Peevski, an MP from the Movement for Rights and Freedoms, has been using his information channels to support political parties which then return the favor with government contracts for his companies. This practice has been revealed on many occasions by Capital weekly newspaper, now threatened to be shut down.

The second takeаway is that the PM Borissov has obviously lost its full control over GERB MPs. Paradoxically, they can both all turn against someone of their own when they feel pressure to protect the image of the party (as in the case of Mr. Martinov) and collectively defend someone else in their ranks allegedly engaged in nepotism (as in the case of Mr. Dobrev), even against the will of their party leader and PM. This means that the party is less monolithic than it seems at first glance.

As a result, if a more substantial crisis occurs than the scandals listed above, GERB MPs may react in an unexpected manner. At the same time, Mr Borissov's reliance on the "behind-the-scenes establishment" might play a bad joke on him - Mr Peevski had already switch sides three times.

From London, through Berlin to Sofia, stability has become a mantra for political leaders clinging on to power at what is seen as times of turbulence for their countries. British Prime Minister Theresa May used it (unsuccessfully) as a catchphrase before the last elections, Chancellor Angela Merkel is making efforts to salvage the grand left-right coalition, referring to the need for stable Germany.