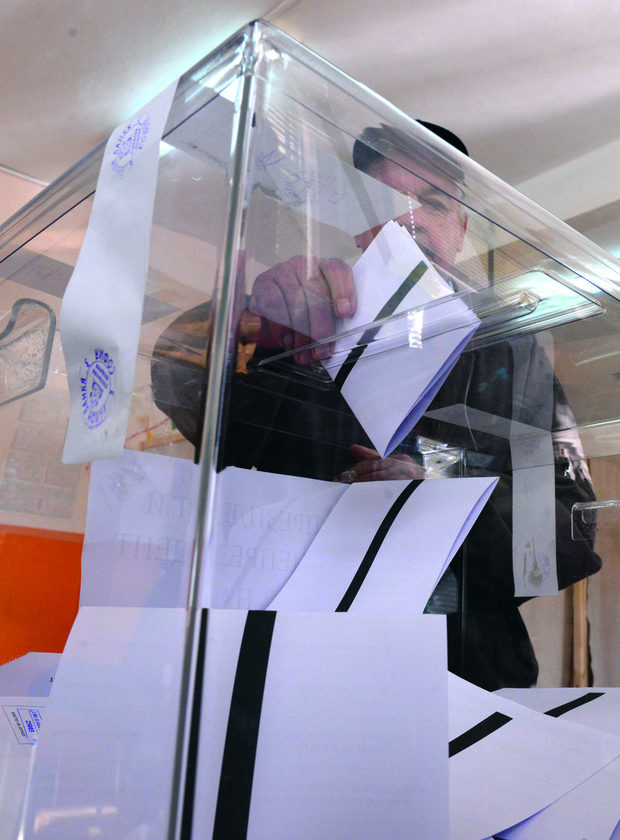 On March 26 Bulgaria will hold yet another early general election, which resulted from the resignation of PM Boyko Borissov after the candidate of his GERB party lost the November 2016 presidential vote. Since 2013 this will be the third snap election, which is a sign of continuing political instability.

The good news this time is that the pre-term election is taking place in a rather stable and optimistic economic environment: growth is picking up pace, and the state finances are in good shape. This is a marked difference from the last two times when the parliamentary crises were accompanied by serious economic troubles (the collapse of KTB bank in 2014) and significant social unrest (the February protests of 2013). Thus, the current caretaker government of Prof. Gerdzhikov is facing a much more comfortable situation compared to its predecessors.

Yet, the fragmentation of parties and coalitions is an ongoing trend in Bulgarian politics: up to six and even more entities are expected to pass the 4% threshold in the upcoming elections. If such a hypothesis materializes, the parliament will again face the difficult task of forming a durable and coherent government. This fragmentation is the main reason for the high degree of uncertainty and unpredictability of the outcome of the elections, and governmental politics in general.

No, not this partner

A second reason is the positioning of the three major political parties, which have effectively ruled out possible coalescing with one another. Thus GERB and the Bulgarian Socialist Party (BSP) both claim that they are not going to form a coalition with each other (a so-called "grand coalition" of German type), and that they are not going to coalesce with the third major party, the Movement for Rights and Freedoms (DPS), which represents mainly the Bulgarian ethnic Turks. In such circumstances, the remaining options for securing a parliamentary majority are rather exotic combinations.

First, if center-right GERB wins the vote but falls short of outright majority, it will have to rely on support from the so-called United Patriots - a motley crew of nationalists and populists comprising strongly pro-Russian Ataka party, and parties more ambivalent vis-à-vis the EU and NATO, such as VMRO and NFSB. Many analysts believe that the only thing that holds together this "patriotic" alliance is the desire to pass the 4% threshold for entering parliament. But even if this is an incorrect assessment, and the formation proves to be more lasting, in terms of policies it is not fully compatible with GERB. It has a much more ambitious social program, featuring significant hikes of the minimal pension and wage levels. From this perspective, it is closer to the Socialists. And in general, the United Patriots are fire-brand nationalists, who are inspired by the likes of Mrs. Le Pen and Mr. Farage: it will be ironic if they become the main coalition partner of the Citizens for European Development of Bulgaria (GERB).

Another difficulty is that most probably the seats of GERB and the Patriots combined will not be enough to secure a stable majority. Support of other parties will be sought for, with the most likely candidates for allies being the remnants of the Reformist Bloc (which now comprise the least critical of GERB parts of the party's former junior partner in Borissov's coalition government), and the new party Volya (Will) of maverick businessman Mr. Mareshki. While the Reformists may fail to win the necessary 4% of the vote, the new party of Mr. Mareshki is a big question mark. It has vowed to fight monopolies in the energy sector and the sale of petrol. Volya has also argued in favor of closer ties with Russia and the resurrection of the Belene nuclear power plant project as well as the Gazprom-backed South Stream gas pipeline project. Each of these projects will only increase Bulgaria's energy dependence on Russia. How all of this could square with GERB's official election manifesto remains to be seen.

If the BSP wins the most votes in the election but falls short of an absolute majority, it will face a similar situation. Its only potential political ally (with a credible chance of passing the electoral threshold) are the Patriots, but their seats combined will not be enough to form a parliamentary majority. The Socialists exude confidence that they are going to win, but it remains highly unclear what the consequences of such a victory are going to be. From the outset, it is almost mathematically impossible for BSP to form a government without the help of DPS or GERB. And as said above, both of these options have been vehemently rejected by the leaders of the two biggest parties - Mr. Borissov and Mrs. Ninova.

The main difference between the programs of GERB and BSP lies in their attitude towards the mentioned energy projects backed by Russia: Belene and South Stream. These are very expensive projects whose total cost could run up to 10-15 billion euro. For a relatively small economy, as the Bulgarian one, these are highly risky projects, since the initial investment is very substantial, while the expected benefits will potentially come only after a decade (in the best case scenario). Yet, the BSP is strongly endorsing these projects by pledging state financial support (unspecified in nature) for their implementation. GERB is much more ambivalent about them, saying they could potentially be carried out only in case no state participation will be required.

The other differences between the programs of the two main parties are rather insubstantial: both of them claim that they will largely preserve the current tax system (with small variations), the currency board, and membership in and commitments to the EU and NATO. The BSP has adopted a strong Russophile and "patriotic" rhetoric, but has been careful not to antagonize the EU. The Socialists propose to reassess pensions, which will cost the budget up to a billion BGN per year: still, this could be theoretically achieved without increasing taxes or public debt.

When the tactical and programmatic positioning of the major parties is taken into account, it turns out that the most likely scenario in the next parliament is either a complex and exotic coalition, or some form of "minority" or "expert" government enjoying the tacit support of the three main parties - GERB, BSP and DPS. The likelihood of coherent center-left or center-right coalitions is very low.

Radical reformists stay in the corner

The elections will be a testing ground for new political formations as well. Most importantly, these are the Yes, Bulgaria! party of former Minister of Justice Hristo Ivanov and the New Republic party of his former teammate in the Reformist Bloc Radan Kunev. These political parties have built their identity upon the fight against corruption and the need for a more principled and effective judicial reform dealing with the central problem of the Bulgarian justice system - the lack of accountability of the Prosecutor General. According to recent polls, both formations will find it difficult to pass the 4% threshold, which is partly due to their decision to run separately. Yet, without them there will be serious doubts whether the next parliament will be capable of doing anything meaningful in the fight against corruption.

The election campaign takes place at a time when the EU starts a serious discussion of the prospect of a multi-speed Europe. This topic is largely absent from the domestic agenda of the Bulgarian political parties, which points to another risk: that the political elite is not prepared to tackle and prevent a potential further marginalization of Bulgaria in the EU. Unfortunately, this might be the most lasting negative effect of the upcoming early elections.