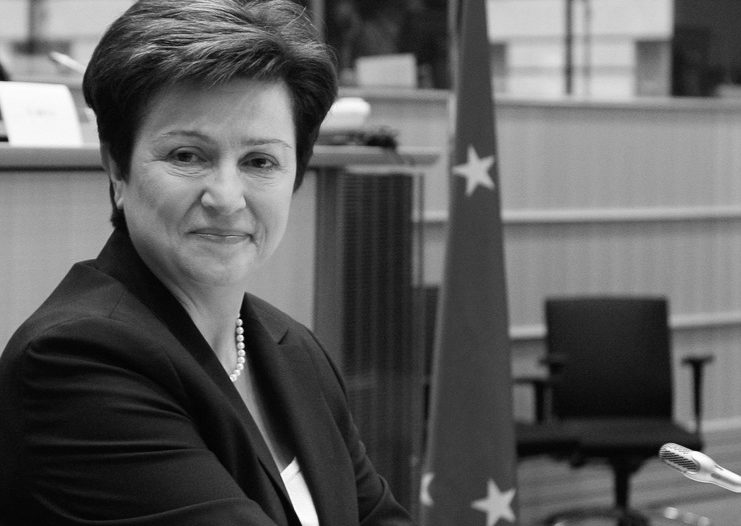 Probably you haven't heard the phrase which is quite familiar to everyone in Bulgaria: "A great job, yet a Bulgarian one". Eighty years ago, Ivan Hadjiiski, a sociologist, tried to define it as "an endeavour that was not thought through or was ill-considered, ill-started, without leadership or botched leadership, which inevitably ends in scandal, only to serve as a disgraceful registration of its rueful characters".

Nowadays the phrase perfectly fits to describe the Bulgarian run for the post of Secretary General of the United Nations.

The process officially began in 2014 with the nomination of UNESCO Director General Irina Bokova for the post. There was a strong international push for the Sеcretary General to be a woman, both from various NGOs and from some of the permanent members of the Security Council, such as the UK and the US. It was also widely believed that now it is the turn of Eastern Europe, which has never had a Secretary General.

Irina Bokova checked these two boxes perfectly. Or too perfectly. She is the highest-ranking woman from Eastern Europe in the UN system and for seven years at the helm of UNESCO she has built a wide network of contacts. Although Mrs Bokova was definitely part of the modern pro-European wing of her Socialist party, she has never been very popular in Bulgaria and her career outside politics was a matter of good connections and skillful positioning: ambassador to France and then Director General of UNESCO. And her past is a heavy load. She comes from a high-ranking communist family, graduated from Moscow State University of International Relations - a hatchery for loyal nomenclature in the former socialist countries, and then had a career quite untypical for a woman in Bulgaria: she was a diplomat, a job as a rule denied to ordinary women, because it was considered an exclusively male profession. These attributes plus the fact that she and Russian Foreign Minister Sergei Lavrov know each other from the times they were both students in Moscow, made her the natural choice for Russia.

Having a UN Secretary General from Eastern Europe was very important for Russia, because "Eastern Europe" was actually meant to denote the countries of the former Soviet bloc. In those times any person from Eastern Europe at the helm of the UN would have meant direct control from Moscow, something that has never happened in the history of the world organization. Which made Russia play all its cards, sometimes openly canvassing votes for Mrs Bokova.

In order to secure Mrs Bokova nomination, the outgoing Socialist-led government appointed her in June 2014 without any consultations, neither in Bulgaria, nor with the countries from the UN Security Council - it simply didn't have the time to do it. Had that government tried to hold talks about Mrs Bokova's candidature, it would have dawned upon them that she will face staunch opposition from the UK, as well as mild - at this point - displeasure from the US. Basically, Irina Bokova candidature was dead on arrival. It didn't help when she appeared in Moscow in May 2015 (when very few Western leaders came) to celebrate 70 years of the end of the World War Two, decorated with St. George ribbon, a symbol of the Russian annexation of the Crimean peninsula and the Kremlin support for the pro-Russian separatists in Ukraine.

The early choice, however, made it difficult for the next government to replace Mrs Bokova as the Bulgarian candidate for UN chief. Аny substitution would have been regarded by Moscow as an anti-Russian move and would have triggered a veto on a new candidate. In addition, at the end of 2015 Russia warned that it will not support any official who voted to impose sanctions on Russia, which basically meant every EU foreign minister or EU Commissioner, a signal to one of Mrs Bokova prospective competitors.

The game was over before it began

In these circumstances the second Boyko Borissov Government, set up in October 2014, had to act swiftly, because with any day past, the change of Mrs Bokova would have been made more difficult. But Mr Borissov waited, and then waited some more. Probably the Prime Minister didn't regard the UN run as important, or he didn't want to spoil its relations with his coalition partner ABV, which were totally behind Mrs Bokova.

And this is how Bulgaria missed its chance to field another candidate who might have had better chances of getting the top UN job.

The Bulgarian EU Commissioner Kristalina Georgieva began her campaign to become UN Secretary General in 2014, partly because she was not sure that the then ruling Socialist government will support her for a second tenure at the European Commission. Working under the radar and mostly without the support of the Bulgarian government she collected impressive support. In early 2016, media reported that on the sidelines of a G-8 summit German Chancellor Angela Merkel had tried to convince Russian President Vladimir Putin to support Mrs Georgieva. Later, as she became Bulgaria's official candidate, several East European countries backed her nomination. Mrs Georgieva had a good track record with Russia as well, having served as World Bank's representative in Moscow for number of years.

When Mr Borrisov finally made his choice in January 2016, it was actually too late for both Mrs Bokova and Mrs Georgieva. Mr Borissov decided to support Mrs Bokova, claiming pressure from his coalition partners, left-wing ABV party. This might have been true, but they left the government two months later anyway. The reason for Mr Borissov's decision was his unwillingness to take risks while can easily blame other for Mrs Bokova failure. Mrs Bokova was now the official Bulgarian candidate, but because she was imposed, she never received the wholehearted support of the government.

In September, when the straw voting in the Security Council began, it was obvious that Mrs Bokova can't pass the test - she had two firm NOs from permanent members of the Security Council. Again, instead of swift reaction, the PM waited and at the end budged under pressure from various politicians - from the European Commission President Jean-Claude Juncker to Chancellor Merkel. When Mrs Georgieva finally became Bulgaria's official candidate, Russia realized that Mrs Bokova is a losing horse and switched its support to Antonio Guterres, the former Portuguese PM, whom Moscow had firmly rejected for several months.

At the end, a fairly good chance for a Bulgarian to lead the UN was wasted without a proper fight, and left too many scars on the characters involved.

Probably you haven't heard the phrase which is quite familiar to everyone in Bulgaria: "A great job, yet a Bulgarian one". Eighty years ago, Ivan Hadjiiski, a sociologist, tried to define it as "an endeavour that was not thought through or was ill-considered, ill-started, without leadership or botched leadership, which inevitably ends in scandal, only to serve as a disgraceful registration of its rueful characters".

Nowadays the phrase perfectly fits to describe the Bulgarian run for the post of Secretary General of the United Nations.