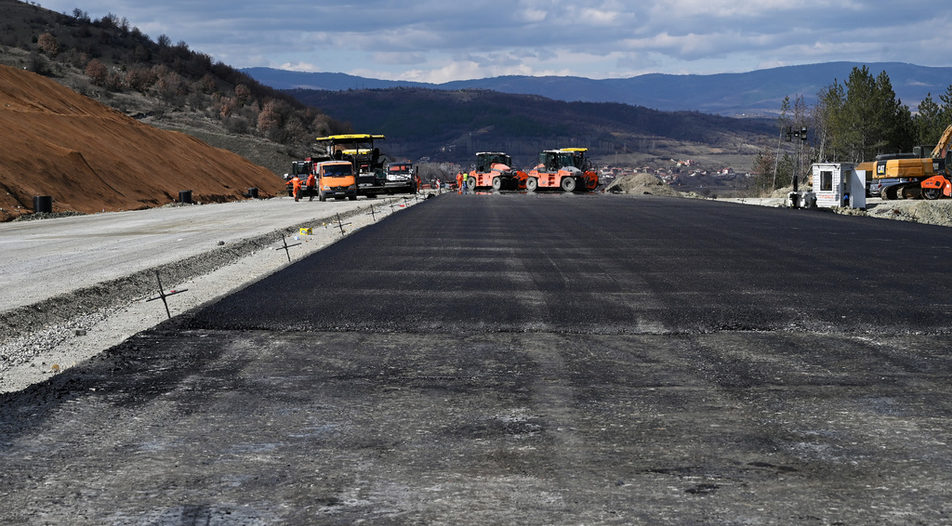 Most Dynamic Companies: The Year of Construction

With EU money flowing, construction companies have a field day

Most Dynamic Companies: The Year of Construction

With EU money flowing, construction companies have a field day

Construction orders, energy sector upswing and blossoming industry: these are the main drivers of the strong performance of the most dynamically growing companies in the ranking by Capital newspaper. The TOP50 list of the most dynamic companies in 2018 is dominated by construction companies, which occupy more than one-fifth of the places in the ranking. Fuel and electricity traders, as well as manufacturing companies, also have a strong presence. One of them ranks first, the new automotive components factory of Germany's Kostal near Pazardzhik which started working in 2017.

No doubt, 2018 was definitely a good year for the most dynamic companies, as their turnover rose on average by 65.7%, a significant leap compared to the increase of the previous two years, 46% and 47%. The average rate of revenue growth of the TOP100 and the TOP300 largest companies by revenue in Bulgaria in 2018 was 9.1% and 8.4%, respectively.

While the European economy is starting to cool off, the revenue growth rates in the first echelon of Bulgarian companies remain high largely due to rising prices of oil and some metals.

For yet another year, the ranking of the 50 fastest growing businesses is dominated by companies occupying positions from 201st to 300th in the ranking by Capital which analyzes data from the financial statements of more than 300 companies. There are 28 of them in TOP50, compared to 19 in the ranking for 2017. The last 100 of the 300 largest companies by revenue grew their revenue by 9.2% in 2018.

The threshold for finding a place among the most dynamic 50, however, continues to rise. To enter the group of those most dynamic, in 2018 a company needed to increase its revenue by at least 29.6%. By comparison, in the ranking for 2017 the threshold stood at 28.7%, while a year earlier a revenue growth rate of 19.8% was enough.

Aside from the tangibly better average score, the ranking of the most dynamic businesses in 2018 is also impressive by the record number of companies that have achieved three-digit growth rates for their revenue - a total of 15. The previous best achievement was in 2010 when 13 companies grew their revenues at triple-digit speeds. Among them were Bulgarian Energy Holding (BEH), established in 2008, which brought together the state-owned energy companies, as well as KMB Bulgaria that entered the local market in 2009 (and went bankrupt in 2017), which owned Carrefour's stores in the country.

In the ranking of the most dynamic 50 companies for 2018, there is only one whose three-digit revenue growth comes after a start from zero, that is, after just a year of work on the local market. This is Kostal Bulgaria Automotive of Germany's Kostal. The company's new production plant in the city of Pazardzhik started operations in August 2017, following an investment of 12 million euro. In 2018, its revenues reached 164.5 million levs, rising by 329% compared to a year earlier, which makes the company leader in terms of revenue growth in 2018.

In the ranking for 2017, similar examples were the Independent Bulgarian Energy Exchange launched in 2016, textile company Lempriere Wool which opened a factory in Sliven in the same year and Tradenet Varna company, established in late 2015, during which year Vesselin Mareshki developed his low-cost fuel chain VM Petroleum. In this year's ranking, the Bulgarian subsidiary of Australia's Lempriere group and VM Petroleum are again among the most dynamically growing companies but sit in the back row.

Most of the companies that show a sustained three-digit growth rate from 2016 to 2018 have been working in the local market for a longer time. And three of them - PSIs, occupying the second place in TOP 50 of the most dynamic companies (with 202.5% revenue growth in 2018), Miks-Construction and NIKMI - the three-digit speed was maintained for a second straight year. Apart from the sustained leaps, the other common thing between them is that all three are representatives of the construction sector. Their impressive results over the past two years, together with the three-digit growth rates reported by Markan and European Roads (formerly Roads Plovdiv) in 2018, are indicative of one of the main trends of the past year - the surge of the construction sector.

The boom in the sector, especially in its infrastructure segment, has been supported mostly by public procurement assignments worth hundreds of millions of levs, mainly financed by European Union funds. This explains why the main group of 13 representatives of the construction industry among the most dynamic 50 is composed of companies having infrastructure construction as their main line of business.

The top-three group of the most intensively booming ones is complemented by BEH, whose revenue rose by 135%. This rate of growth which is impressive for a giant of the scale of the state holding is due to an extraordinary additional dividend of 330 million levs withdrawn by BEH from Kozloduy nuclear power plant and the Electricity System Operator. The dividend was used to cover the huge costs of coal-fired power plant Maritsa East 2 for CO2 emissions.

Even more stories of growth

Traditionally, in recent years a stable group of manufacturing companies has been ranked among the most dynamic. Besides the leader in the indicator, Kostal Bulgaria Automotive, there are seven more representatives of the Machinery and Equipment sector in the ranking for 2018. The curious thing is that three of them are bicycle manufacturers - Maxcom and Leader-96, both based in Plovdiv, as well as Montana-based Cross. The key to their strong performance is the thriving production of electric bicycles and the growing demand for such models in Europe. Curbs on Chinese dumping imports in the sector, in force since January last year, also contributed to their robust showing.

In the group of dynamically growing companies, there are also manufacturers such as Transvagon (freight wagons), BTL Industries (physiotherapy equipment), Melexis Bulgaria (chips and sensors for the automotive industry) and Datex (fiscal devices).

Electricity is underpinning the rise in the revenues of three more companies that have found their place among the 50 fastest growing businesses. These are the electricity traders Energy Market, whose ownership is associated with the ownership of Vidahim thermal power plant (TPP) and Svilosa TPP; Grand Energy Distribution, which is the largest company in the orbit of businessman Hristo Kovachki; and CEZ Trade Bulgaria, a subsidiary of Czech energy group CEZ. An important factor for the improvement of their results is the higher market price of electricity on the energy exchange which is already operating at full swing.

Three companies entered the top 50 ranking thanks to fuel retailer Lukoil Bulgaria. Since last year, the Russian owner has changed its distribution policy and is currently working only with three wholesalers in Bulgaria - Saksa, Bent Oil and Litex. As a result, the revenues of the three wholesalers rose considerably. The largest growth in this sector was achieved by fuel trader Lukoil Bulgaria Bunker which is supplying fuel to ships - its turnover increased by over 80% last year.

Surprisingly, among the curious examples of three-digit growth in 2018 is the Center for Urban Mobility, the municipal company selling tickets and cards for travel on Sofia public transport and operating the public paid parking zones in the city. Its revenues jumped by almost 120% to 111 million levs due to a change in accounting policy. A higher growth rate will be reported for 2019 as the company will receive about 120 million levs in revenue from sales of travel cards and tickets plus a subsidy of the same amount. With the revenues from parking fees, the total revenue of the company will exceed 260 million levs.

The one-off effect of the sale of intangible assets explains the sharp increase of the revenues of Progress Software (previously known as Telerik) by more than 120% to nearly 206 million levs. Thanks to this transaction, the company climbs to the top of the ranking in the software sector. Without the one-off effect of the sale Progress Software would have taken the third position with about 100 million levs of core business revenue.

Tobacco company Philip Morris Bulgaria, whose turnover increased by 108% to over 153 million levs in 2018, is also part of the elite group of companies with three-digit growth rates. The success story is probably the company's smokeless IQOS product and the heated tobacco units for it. According to the company's own estimate, some 150 000 people in Bulgaria have started using the product since its presentation at the end of 2017.

Construction orders, energy sector upswing and blossoming industry: these are the main drivers of the strong performance of the most dynamically growing companies in the ranking by Capital newspaper. The TOP50 list of the most dynamic companies in 2018 is dominated by construction companies, which occupy more than one-fifth of the places in the ranking. Fuel and electricity traders, as well as manufacturing companies, also have a strong presence. One of them ranks first, the new automotive components factory of Germany's Kostal near Pazardzhik which started working in 2017.