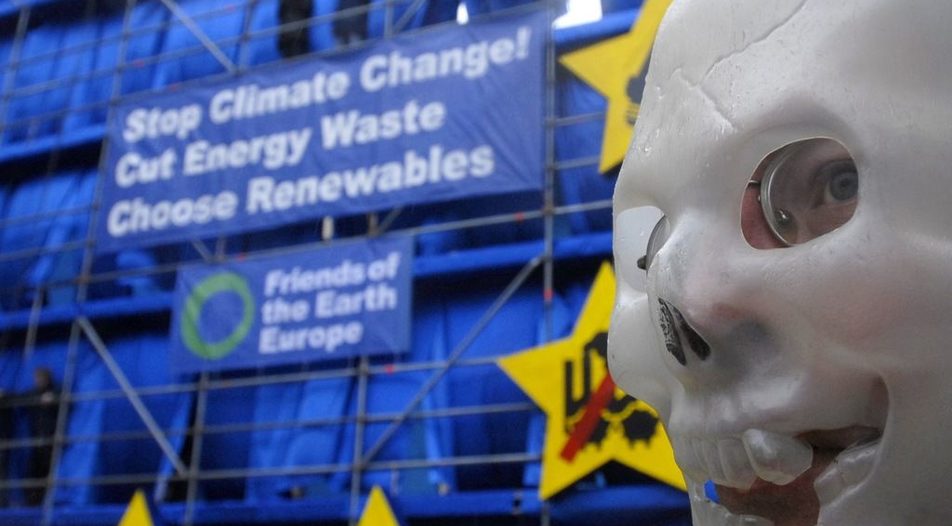 Not so energetic when it comes to energy

Not so energetic when it comes to energy

When it comes to energy, Bulgaria, as a president of the Council of the EU, has landed in a bind.

From January to July 2018, Bulgaria is taxed with spearheading the EU's efforts to pass the world's most ambitious climate change legislative program. However, Bulgaria has always been a reluctant adherent of EU climate change policies. Support for policies that are perceived as expensive is a no-no approach for the country with the highest percentage in the EU of families that can't heat their home.

Bulgaria also has announced it will file two lawsuits against the European Commission - one contesting to the new emission standards for coal-fired power plants and the other contesting a fine levied on the state-owned Bulgarian Energy Holding (BEH) for monopolistic practices on the natural gas market. In pursuing both suits, Bulgaria will find little sympathy from the other member states.

Even though most of the legislation related to the EU's landmark Clean Energy legislative package, will be finally adopted or agreed upon during the Bulgarian presidency, energy legislation does not prominently feature as a Sofia's priority, because of a possible negative backlash back home.

The European Commission, which has the sole right to propose EU legislation, fielded its gargantuan Clean Energy package at the end of 2016. The goals of this legislative avalanche of more than 1100 pages range from reform of the market organization (for example which producers will have priority t supply electricity) to new energy and climate targets (GHG emission limits).

One reason for Bulgaria's reluctance to put more visible efforts into the Clean Energy package is its decision to refrain from publicly prioritizing any legislative area. The only exceptions of this policy of inconspicuousness is the cohesion policy, which provides financing to the poorest members of the EU and the so called Digital Single Market run in the European Commission by Maryia Gabriel, the Bulgarian member of the EU's executive arm.

But the real reason are the proposed policies: two of them, renewable energy and on energy efficiency.

EU member states reached an agreement that, by 2030, renewable energy sources must account for 30% share of their energy mix and that they must achieve a reduction of 30% on their energy consumption. Targets for 2020 are 20% and 20% respectively. These renewables target, however, are binding only at the EU level; member states are permitted to adopt their own national targets - a compromise struck to prompt countries like Bulgaria to sign up.

Bulgaria was one of the first of several countries in the EU to remove any subsidies for renewable energy back in 2015. The official reason was fulfillment of its EU obligations but mounting electricity costs were the real driver. Hikes in electricity prices (only partially due to the green energy subsidies) sparked street protests in 2013 that eventually led to the resignation of the government, headed then as now by the center-right GERB party.

Energy efficiency is a politically sensitive issue as well. Extensive requirements to reduce emissions from private homes to close to zero will result in more expensive housing costs. Bulgaria ranks lowest amongst EU member states in terms of housing affordability (i.e. share of the household disposable income spent on housing), which explains why ambitious measures for energy efficiency are not enthusiastically supported within the country.

In both of these areas - renewables and efficiency the European Parliament is even more ambitious than the Council, calling for a compulsory 35% share for renewables and an increase in energy efficiency to 40% (reduction of consumption in comparison with 2005). In the coming months, the Council and the Parliament will need to come to a compromise solution and Bulgaria will bear the responsibility for spearhead member states' efforts. It appears certain that some of the parliament's proposals will have to be accepted, most probably resulting a slight rise in targets.

Bulgaria is hesitant in the face of the European Commission proposal to further open its energy markets. Bulgaria's domestic energy prices are low in comparison with those of most of EU member states. Further integration of the regional markets will result in leakage of cheap, locally produced electricity abroad, raising producers' profits but hurting domestic consumers. Cheap electricity has provided the Bulgarian economy with competitive advantage, demonstrated for example by the growth of energy intensive cryptocurrency mining.

There are a few Bulgarian clearly stated goals. The first is the insistence that the specific national circumstances in the energy sector in each member state should be taken into account, i.e. the EU should not embark on expensive policies that can ruin the economies of the poorer countries. The second goal is to promote the so-called "gas hub Balkan," a project intended to turn the county into a European gas distribution node, despite that fact that Bulgaria is neither a major gas market of itself, nor it presently has the prerequisites, such as diversified gas supplies and ample storage capacity. The specifics of the project are as of yet unclear but the European Commission supports it as a means for Bulgaria, which now almost totally relies on Russian gas deliveries, to diversify its supply sources.

Coal is in the air

This year, Bulgaria has sided with Poland in challenging EU standards governing SO2, NOx, fine particles, and mercury emissions from coal-fired power plants, adopted in 2017. That standards were opposed even by countries like Germany which invested heavily in its green energy transition (Energiewende). Meeting the standards requires extensive, costly overhauls of power plants, especially those running on cheap lignite coal. At present, Bulgaria still relies on domestic coal to generate approximately 40% of its electricity supply. So far, Bulgaria and Poland are alone in their opposition, which is based on the challenging of procedural irregularities rather than on principle, hoping to postpone the introduction of the new rules by a couple of years.

Most of the affected countries, including Bulgaria, contend that mandated modifications to coal-fired facilities generate only modest environmental benefits that do not justify the costs involved. The opponents of this policy also hold the increased electricity costs will bring unintended consequences including increased dependence on imported gas or substitution of electricity for domestic heating by far more damaging alternatives, both to the environment and to the human health.

Later this year, Bulgaria is likely to file a law suite challenging a fine the EU is expected to levy against the Bulgarian Energy Holding (BEH) which controls the country's state-owned energy sector companies. The European Commission is near certain to rule that BEH has restricted independent companies to deliver gas to the Bulgaria's natural gas market. If the ruling is made, fines to BEH could be as high as 330 million euro. If Bulgaria cooperates with the investigation, however, the fine could be lower. Regardless Bulgaria's parliament has voted to compel the government to challenge the European Commission, in part because a number private companies will use then ruling as a supporting argument in their own lawsuits against BEH.

The fact that Bulgaria will not play a prominent role in the deliberations on the future European energy architecture is a minor problem. The bigger one is the lack of debate and the muffed government positions in Bulgaria, which shows that there is no strategy for the development of the energy sector.

When it comes to energy, Bulgaria, as a president of the Council of the EU, has landed in a bind. 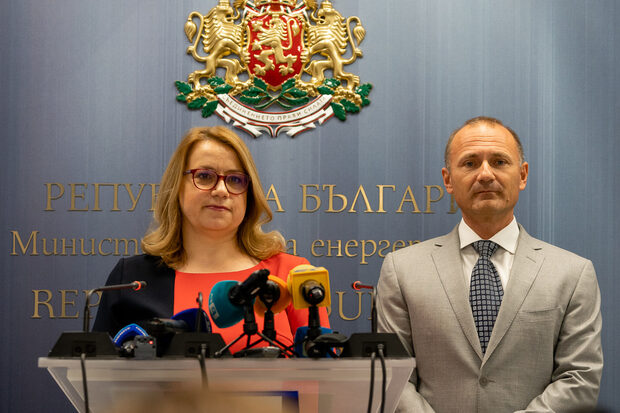 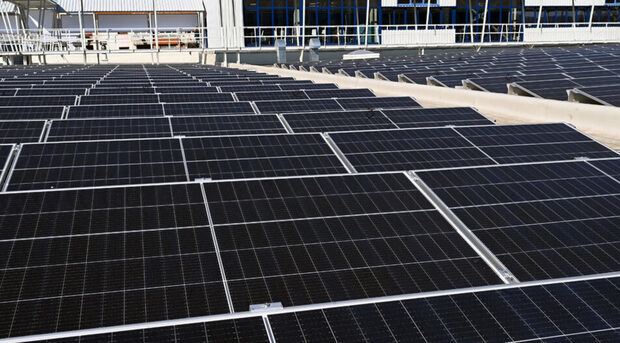 A1 Bulgaria in green power deal with Renalfa 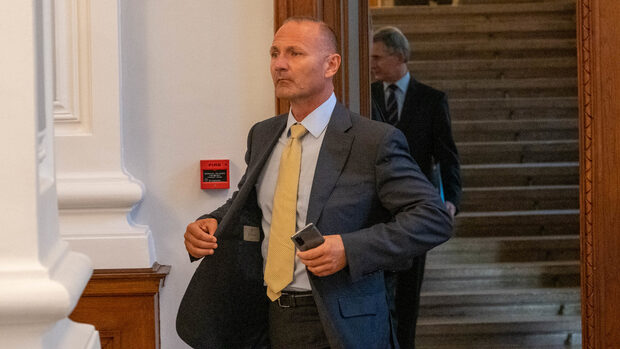 Energy minister Rossen Hristov: There is a political decision in Moscow preventing Gazprom to work with us 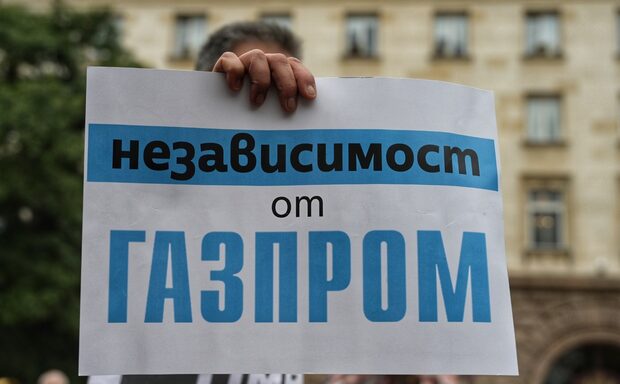 The Donev cabinet’s appeasement of Gazprom may cost Bulgaria dearly