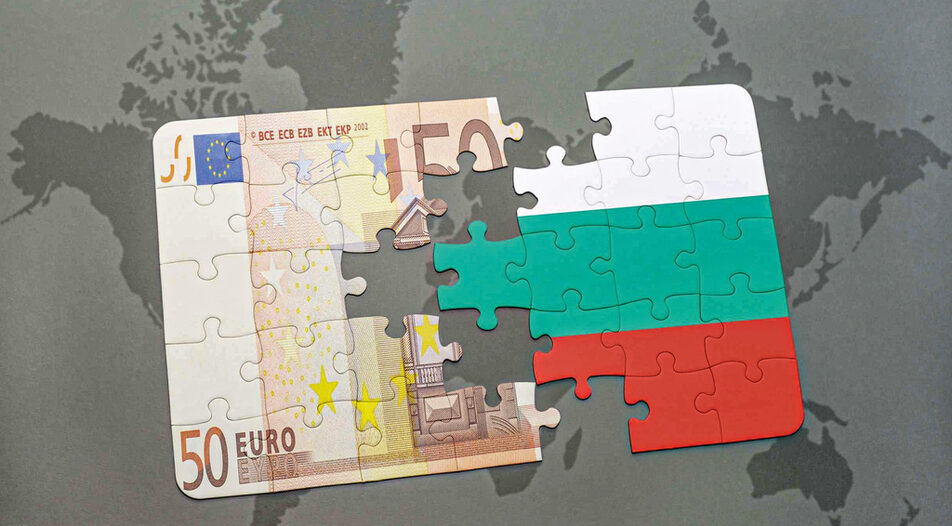 Let's say it directly: behind Croatia's success there are not that many economic arguments rather than strong political will and hard work by the country's government and central bank over the past few years. The country hooked up with Bulgaria on its way to the eurozone and skillfully entered through the door, initially opened by Brussels and Frankfurt for Bulgaria, which joined the EU in 2007.

Bulgaria has set January 1, 2024 as a target date for the adoption of the euro. However, the four parties in the ruling coalition are sending mixed signals and the target may be missed, although the European Central Bank and the European Commission are ready to lend a hand.

Last week, the Bulgarian government adopted a plan for the introduction of the euro - a technical document that regulates the complex logistics of transition to the single currency as a means of payment in the country. However, one of the parties in the coalition - There is Such a People (TISP), blocks its implementation, which may slow down the desired timeline.

A few days ago, TISP said an analysis of the effects of the changeover to the single currency should be made before the start of the impementation of the plan. Their

proposal may briefly prevent Bulgaria from adopting the euro in a year and a half. Even if the target date is not postponed, however, TISP paves the way for a massive anti-euro campaign by other parties such as opposition nationalistic Vazrazhdane of Kostadin Kostadinov and Bulgarian Rise founded last month by ex-caretaker Prime Minister Stefan Yanev.

The Bulgarian Socialist Party, a member of the government coalition, is also reserved about the euro adoption and supported TISP's proposal.

This may push Prime Minister Kiril Petkov to seek support from opposition in parliament in the face of GERB and MRF. Both parties declare support for Bulgaria's entry into the eurozone. The prevailing opinion of experts and business representatives has not changed either - Bulgaria must adopt the euro as soon as possible.

But let's see what Europe says. The latest convergence reports of the ECB and the EC state that Croatia meets all the criteria for adopting the single currency, while Bulgaria does not meet the benchmark for price stability. The country is also asked to make further legislative amendments related to the independence of the central bank and other rather technical aspects. They have been known for years and can be cleared quickly with political will. The main problem, however, is inflation.

Bulgaria's 12-month average Harmonised Index of Consumer Prices (HICP) was 5.9% in April - well above the ECB's reference value of 4.9% for the criterion for price stability. "This rate is expected to increase gradually over the coming months, driven mainly by higher commodity prices, broadening price pressures and further aggravation of supply bottlenecks resulting from the Russia-Ukraine war," ECB says in its report. It also says that since GDP per capita and price levels are still significantly lower in Bulgaria than in the euro area, the catching-up process is likely to result in positive inflation that must be supported by appropriate policies.

However, the government is further intensifying inflation, especially with its recently unveiled package of anti-crisis measures, which foresees spending of additional 2.1 billion levs (1.0 billion euro) in the second half of the year. It contains measures that will encourage consumption, spurring inflation even further.

"I expect that we will be able to meet the inflation criterion. I do not think we have any problems with the date of January 1, 2024," Finance Minister Assen Vassilev said last week. He explained that the technical work on the Plan for the introduction of the euro has begun at the insistence of commercial banks, the Financial Supervision Commission and other institutions so that the country can be ready in time if it decides to join the eurozone at the beginning of 2024.

Another thing that the EC points out in its report is that Bulgaria's general government budget deficit stood well above the 3% reference value in 2021, while its debt-to-GDP ratio was well below the 60% reference value. "The excess over the reference value was considered to be exceptional and temporary. This notwithstanding, taking into account the exceptional uncertainty created by the continued extraordinary macroeconomic and fiscal impact of the COVID-19 pandemic, together with the invasion of Ukraine by Russia, the Commission did not propose opening new excessive deficit procedures at that stage", says the report.

It is entirely up to the government to keep the state's finances under control this year, as Budget 2022 is planned with a deficit of above 5% of GDP. The government probably hopes that part of this shortfall will be recognized as attributable to the costs of emergency measures related to the war in Ukraine and will not be included in an excessive deficit procedure against Bulgaria by the European Commission. The Commission expects the country to end this year with a lower deficit equivalent to 3.7% of GDP, but forecasts are currently much more conditional and uncertain than usual.

Beyond the numerical criteria, both the ECB and the EC have traditionally assessed the business environment and the quality of institutions in non-eurozone countries. ECB's report says Bulgaria needs "structural reforms to improve the business and institutional environment".

"Achieving an environment that is conducive to sustainable convergence in Bulgaria requires stability-oriented economic policies and wide-ranging structural reforms", the ECB says. After all, the adoption of the euro is in the hands of the government. And it depends on their actions whether Bulgaria will become the 21st member of the euro area on January 1, 2024.