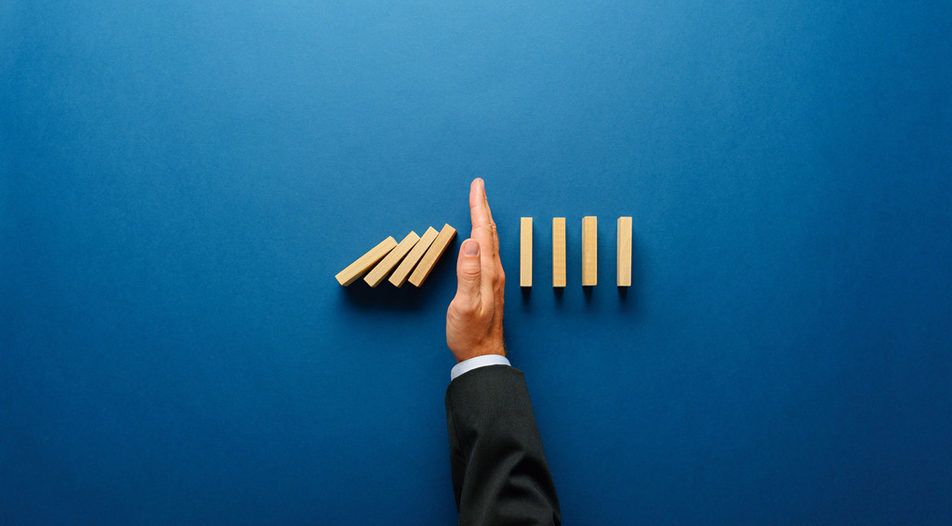 The year of recovery

The year of recovery

It took the Bulgarian economy more than five years to recover to pre-crisis levels after the financial storm struck in early 2009.

Unsurprisingly, the memory of those difficult times raised fears that the restrictions on businesses and households entailed by the pandemic would weigh just as heavily on the Bulgarian and global economies. Some of these concerns have been justified - the second and third waves of the pandemic and the consequent restrictions have already altered the initial estimates for the speed of the recovery. Also, the debt that governments around the world took on to deal with the negative effects of Covid-19 on the economy will weigh on future generations.

But the negative period may come to an end a lot sooner. According to the latest estimates of the European Commission, Bulgaria's gross domestic product (GDP) will reach its pre-crisis levels much faster than it did after the previous crisis. On a quarterly comparison basis this will happen by the end of this year, Brussels says in its spring economic forecast released mid-May. It could be even sooner, judging by the results of the first quarter, which so far have improved more than expected.

However, several factors can delay the recovery.

The first is the persistent uncertainty in tourism. Also, the Commission's estimates for the rate of recovery in Bulgaria take into account the expected revenues coming in for projects from the European Recovery Plan. If they're delayed, so will the recovery process. Moreover, in the medium and long term Bulgaria, as well as Europe in general, will have to face the challenge of convincing large investors to choose the continent for large-scale projects that could increase the potential of an economy struggling with aging populations, modest public investment, and growing regulations.

In the first quarter of 2021, Bulgaria's economic output remained below the levels of the same period in 2020. GDP declined by 1.8% on an annualized basis - not surprising given that the comparable period of last year comprises the months right before the coronavirus hit the economy. In fact, it's a surprise that the decrease is so small - Brussels expected economic contraction of 4.3% in its recent economic outlook.

On a quarterly comparison basis, Bulgaria reported the second-highest growth rate in the EU - 2.5% in January-March, while the EC expected a decline of 0.1%. Growth accelerated compared to the result reported in October-December 2020, despite the negative effects of episodes of tightening and easing restrictions for hotels, restaurants, and large retail outlets in the third wave of the pandemic.

There have been several growth engines in recent months. On the one hand, March was a particularly strong month for the industrial sector which reported a 19% increase in turnover compared to February, record-breaking manufacturing activity, and a new high for monthly exports of 5.7 billion levs (3 billion euro). On the other hand, household income is on the rise. Wages in the country increased by 11% in the first quarter compared to the same period of 2020, with the lowest-income groups benefiting the most due to the increase in the minimum wage and the minimum pension.

"In practice, the minimum pension increased from 250 levs to 350 if we take into account the supplements. This is income that goes right into domestic consumption," said Lachezar Bogdanov, chief economist at Sofia-based Institute for Market Economics.

That corresponds to an increase of 40% and has been felt by a little over 800,000 people in the country who get the minimum pension, according to data from the National Social Security Institute (NSSI). All Bulgarian retirees have been granted a monthly supplement of 50 levs to their pensions since August 2020 to tackle additional costs stemming from the pandemic.

According to the National Statistical Institute (NSI), consumption was the main growth engine of the economy in the first quarter, adding 2.6% on an annualized basis.

The outlook only gets better from here on out.

and the rest of the year

According to the European Commission, for each of the next three quarters of 2021, Bulgaria can expect economic growth of about 7-8% on an annualized basis and up to 3.1% on a quarterly basis. As a result, by the end of the year, the country should have exceeded its pre-crisis levels of GDP by 3%, according to Brussels' estimates. Most Central and Eastern European (CEE) countries, along with Germany, Sweden, Denmark, and Finland, will be able to boast of such an achievement. The rest of the EU member states will need at least another year to recover to pre-crisis levels.

For 2021 as a whole, Bulgaria may report a GDP growth rate of 3% to 4%, according to the macroeconomic forecasts of international institutions such as the Commission, the IMF, the World Bank (see table). Depending on the absorption of EU funds under the Recovery Plan, economic growth may accelerate to 4.7% in 2022.

The varying pace of recovery across EU member states depends on several factors: the weight of leisure and tourism in the economy is one, and another is the openness of the economy - for example, many CEE countries are tied to larger foreign markets where they sell their goods. If those larger markets recover, they'll pull along the smaller ones too. "The scale of the economic downturn in 2020 is also important. Bulgaria did not see as big a decline as Spain and Italy did, for example, which are much more dependent on tourism and services. We have less to recover from," says Bogdanov.

A stumbling block on the path to recovery may be the termination of state aid measures. "Although the industry has recovered, Germany will not break the employment support scheme. There is no macroeconomic explanation for why there are companies being subsidized even though they're already operating at pre-crisis levels with no difficulties. In Bulgaria too, we don't know how long the measures will last," said Bogdanov. On the one hand, the termination of incentives can cause a contraction in consumption or business activity. On the other hand, these funds can be used for investments rather than weigh on the expenditure side of the budget.

The recovery is uneven not only at the country level but also at the sectoral level.

Some sectors in the economy are already operating at levels above those before the crisis. According to national statistics, the Industrial Production Index rose to 108.1 points in March this year, compared to about 107 points at the end of 2019 and the beginning of 2020.

Yet, in January and February, turnover in retail trade in Bulgaria stood at 10-15% below its level from the same period of 2020. In March, the NSI reported an increase of nearly 16% resulting from the lower base at the beginning of the crisis last spring. According to the European Commission's observations, sectors in which physical contact predominates were falling behind significantly at the end of 2020, and even went through a second decline in early 2021. The entertainment sector is one of them;' tourism, trade, and transport are the others.

"Tourism is the big unknown variable," Bogdanov said. Brussels' outlook so far is that this year's summer tourist season in Bulgaria will be better than last year's but will remain about a quarter below pre-crisis levels.

One thing is for sure - sooner or later, the economy will recover as soon as the pandemic starts to fade. However, at that point, Bulgaria and Europe will have to bring back to the agenda the structural problems they were facing before Covid-19 struck. "The medium-term question is whether there will be an impetus here for larger, capital-intensive investments," Bogdanov said. Like the potential opening of EV battery factories, or large-scale automotive manufacturing.

It took the Bulgarian economy more than five years to recover to pre-crisis levels after the financial storm struck in early 2009.

Unsurprisingly, the memory of those difficult times raised fears that the restrictions on businesses and households entailed by the pandemic would weigh just as heavily on the Bulgarian and global economies. Some of these concerns have been justified - the second and third waves of the pandemic and the consequent restrictions have already altered the initial estimates for the speed of the recovery. Also, the debt that governments around the world took on to deal with the negative effects of Covid-19 on the economy will weigh on future generations. 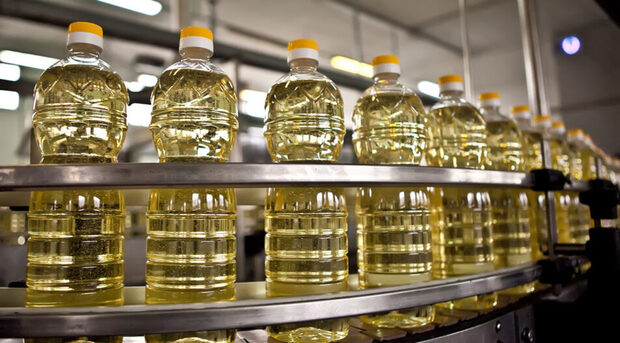 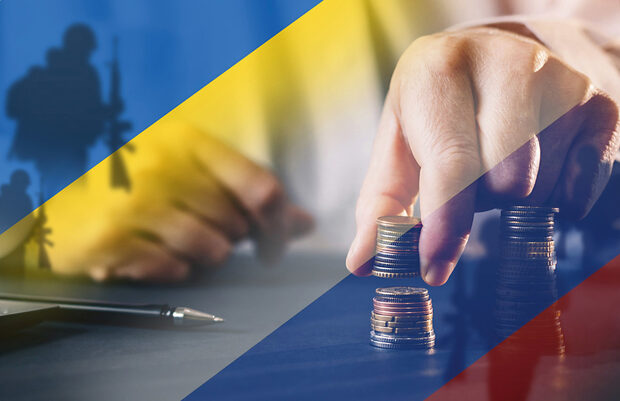 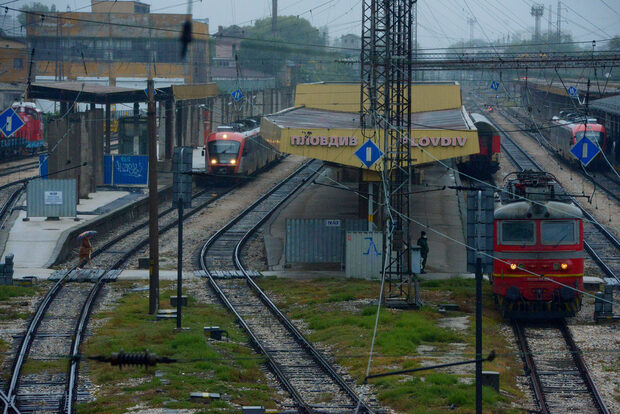 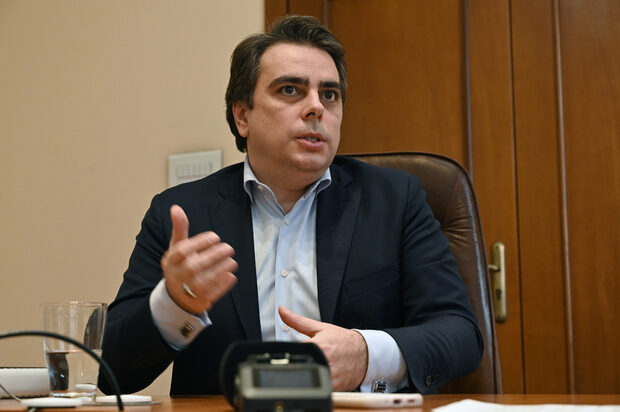 All plans for inflation and growth will be reconsidered: Finance minister Assen Vassilev