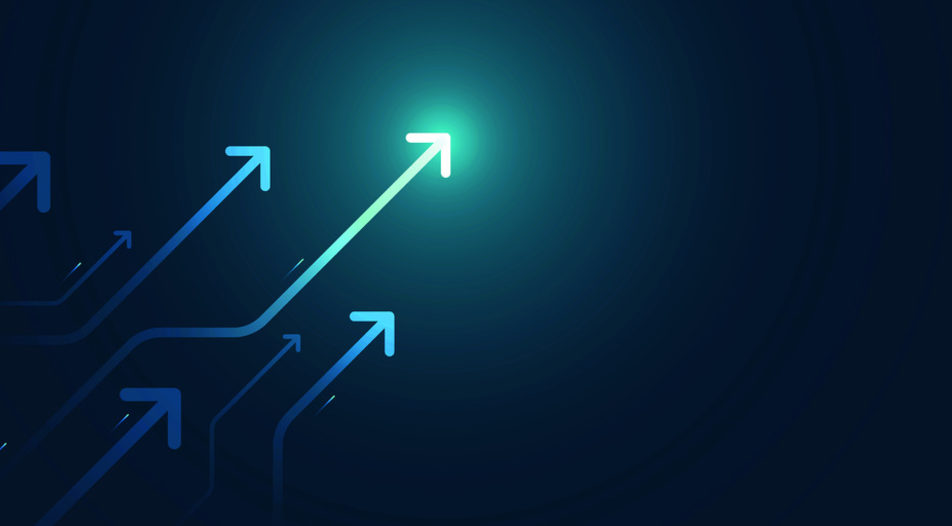 Most Profitable Companies: A Flourishing Year

Most Profitable Companies: A Flourishing Year

- The highest results are achieved by pharmaceutical plants, software companies and telecoms

- State-owned Bulgarian Energy Holding and Ahmed Dogan's power plant reported record-breaking results on the back of accounting operations, not from actual business

An auspicious year: this is what 2019 looks like from the standpoint of the corporate giants included in the latest "Capital 100" ranking, as well as from the shares of the 50 most profitable among the top 300 large companies. They continue to generate solid profits - an average of 23.5% for every BGN 1 revenue earned in 2019 compared to 21% a year earlier.

However, the index is lower compared to the 2018 sample of 50 most profitable companies, which achieved a record-breaking 25% profit rate. If we exclude the already traditional exception - Bulgarian Energy Holding (BEH), the average profitability rates plunge significantly to only 20.5%.

Nevertheless, the large companies in Bulgaria had a strong year, with two-thirds of the participants in the ranking increasing their final result in 2019. The remaining one third shrank its profit, and in most cases its profitability as well.

In general, the 50 corporate giants generated BGN 14.4 billion (EUR 7.4 billion) in revenue last year, achieving an increase of 9%, and their profits grew by 24% to reach BGN 3.4 billion.

BEH returned to the leading position in this year's edition of the ranking. The holding's profit on an individual basis grew by 60% in 2019, and its profitability rose to the staggering 81%. However, the reason is not new record dividends from the holding's subsidiaries, which are lower than in 2018 by 18.5%, but the reintegration of old impairments of loans to related parties. This is a one-time and non-operational effect of subsidizing BEH subsidiaries.

This reintegration helps the entire group to recover from the significant loss of 2018, supported by reduced carbon quota costs for Maritsa East 2 thermal power plant (TPP) and lower technological costs for natural gas transmission and trade. In addition, BEH limited some of its financial expenses by refinancing its huge debts at better rates, which in turn has a permanent effect on the final financial result of the company and the group.

Other representatives of the energy industry, and in particular members of the BEH group such as Bulgartransgaz and Kozloduy nuclear power plant (NPP), returned well ahead in the ranking. Both companies doubled their profits in 2019 and almost doubled their profit margins.

Kozloduy NPP continues to be the group's flagship. In 2019, it was actively taking advantage of the free energy market and sold record-breaking amounts of electricity at high prices on the energy exchange. Due to the limited number of sellers (Kozloduy NPP, TPP Maritsa East 2 and National Electricity Company (NEK), all three members of the BEH group) and due to the monopolization of electricity buyers mainly around the group of Hristo Kovachki, the price of electricity on the energy exchange is easily manipulated. Its drastic increases and drops in 2019 and the suspicions on energy supply manipulations on the exchange and trumped up auctions outside it demonstrate that. After all, the absolute winner is Kozloduy NPP, which practically subsidizes the disguise of the issues existing in the state-run mines of Maritsa coal basin.

Against the background of this distorted energy picture, Varna TPP owned by the honorary chairman of the Movement for Rights and Freedom (MRF) party Ahmed Dogan, already stands out in the ranking of the most profitable corporate giants. After its acquisition from Czech CEZ group, the plant started earning money due to the intervention of the state and the contracts granted to it for maintaining a cold reserve at the expense of, for example, state-owned TPP Maritsa East 2.

Thus, without operating, based on cold reserve agreements with state-owned company Electricity System Operator, TPP Varna swung to an enviable profit rate of 43% in 2019 compared to its negative financial result a year earlier. In fact, the report shows that half of the 2019 result was generated through an accounting operation, probably alongside the spin-off of assets to the TPP's port.

Last year was also successful for the privately held coal-fired power plants ContourGlobal Maritsa East 3 and AES Galabovo. Both improved their revenue and profitability rates due to the increased amounts of electricity, mostly for export, and more carbon emissions sold.

As many as 60% of the most profitable companies in the ranking improved their profitability in 2019. The first to stand out is the drug trader Rompharm Company, which returned to the top 3 with a profitability of over 50% and doubled profits last year. The other representatives of the pharmaceutical industry - Actavis and Sopharma - achieved more modest results in terms of profitability. Actavis reported a drop of 0.08 percentage points to 15.98% in its profit margin with shrinking revenues and profit. Sopharma improved profitability by 1.82 percentage points to 17.5% with both revenue and net profit growth.

High added value sectors, such as technology and equipment manufacturing, also had a profitable year. For example, Progress Software, the parent company of software developer Telerik by Progress, continued achieving enviable profitability levels. It ended 2019 with a profit margin of nearly 40%. The indicator dropped significantly compared to 2018, but this was the result of one-off events which increased profitability a year earlier.

Outsourcing services company Callpoint New Europe also reported a strong year, and in addition to achieving over 20% growth in revenue and profit, in 2019 it also improved its profitability by 0.64 percentage points to 13.6%.

The telecoms in the country also reported a good year. Telenor Bulgaria, whose profitability rate reached 26% on the back of revenue growth of 3% and a 7% rise in net profit, achieved the best results. The main contribution to this result is the leading position of the company on the mobile services market with the highest mean income per customer, despite the lack of various additional services in the telecom's portfolio.

Precisely due to the lower ARU (average revenue per user), the Bulgarian Telecommunications Company (BTC) lagged behind Telenor in terms of profitability, although it had an extremely strong year. BTC, which in addition to mobile offers fixed, TV and Internet services, reported 4.6% revenue growth and 20% profit growth which led to a rise in profitability from 12% to 13.8%. Still, BTC's profitability remains almost half that of its peer in the ranking of most profitable companies.

Representatives of the logistics industry, and especially the courier services business, also had a fruitful year. This is evident from the improvement of the results of both Econt Express and Speedy - the leaders among courier companies. In 2019, Speedy significantly caught up with the lag in profitability compared to Econt and increased its profit margin by as much as 2.3 percentage points, compared to 1.75 points growth at Econt. This is due to the faster rise in both revenues and profit at Speedy. The growth of both companies in 2019 is impressive, in double-digits for both indicators.

For companies engaged in the production of equipment and machinery, however, the opposite tendency was observed, i.e. a decline in profitability. On the one hand, this is due to a more difficult year in terms of revenue for companies such as the manufacturer of climbing walls Waltopia and hydraulic equipment manufacturer M + S Hydraulic. Walltopia reported a 15% decline in revenue and more than 34% decline in profit for 2019. As a result, profitability fell from 22.5% to 17.6%. M + S Hydraulic earned 12% less revenue and profit in 2019, retaining its profitability almost unchanged thanks to the balancing of shrinking revenues by lower costs.

Medical device manufacturer BTL Industries, owned by Czech BTL, saw its profitability drop from 21.7% to 16.3%, despite an 80% rise in revenue. The company failed to curb spending due to significantly increased volumes of work and thus its profit grew twice as slowly. It buys a significant share of its raw materials from entities related to its Czech owner and sells the equipment manufactured in Bulgaria to companies also linked to the owner. Accordingly, although it is growing extremely fast, it accrued significant impairment of receivables from related parties in the past few years, which affects its profitability.

It is cost control versus revenue growth that will be key for all companies in 2020, given the shrinking of the economy that started as a result of the COVID- 19 pandemic. The buffers accumulated in profitable years such as 2019 will be important for the resilience of corporate giants during these difficult times.

- The highest results are achieved by pharmaceutical plants, software companies and telecoms

- State-owned Bulgarian Energy Holding and Ahmed Dogan's power plant reported record-breaking results on the back of accounting operations, not from actual business

An auspicious year: this is what 2019 looks like from the standpoint of the corporate giants included in the latest "Capital 100" ranking, as well as from the shares of the 50 most profitable among the top 300 large companies. They continue to generate solid profits - an average of 23.5% for every BGN 1 revenue earned in 2019 compared to 21% a year earlier. 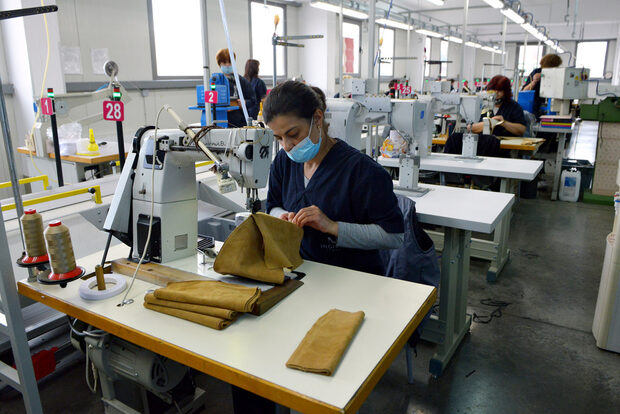