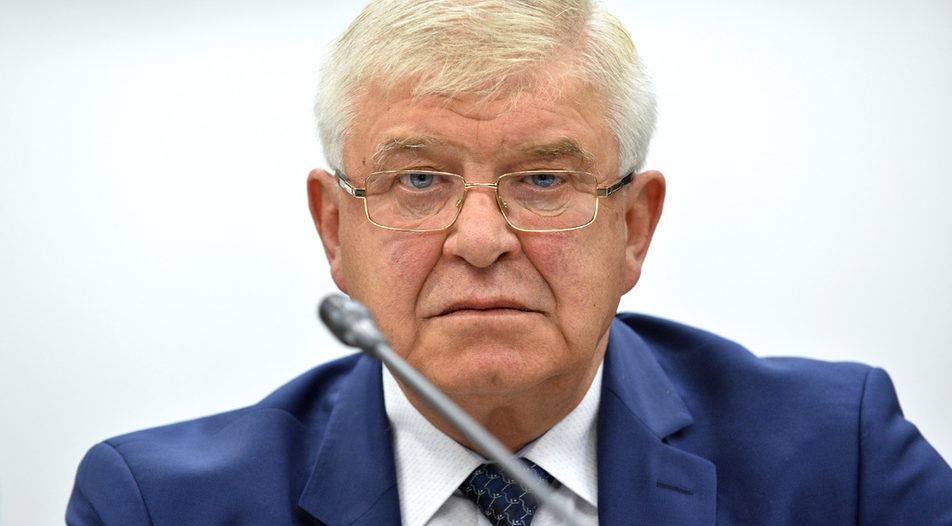 Finance Minister Kiril Ananiev has said that there will be no more Eurobond sales this year.Акцент: In addition to covering the deficit this year, the money raised through the Eurobond sale is needed to refinance 800 million levs worth of debt maturing in 2021

Bulgaria raised 2.5 billion euro through the sale of Eurobonds under favorable conditions in September. The question is what the GERB-led government coalition will do with the money

Finance Minister Kiril Ananiev has said that there will be no more Eurobond sales this year.Акцент: In addition to covering the deficit this year, the money raised through the Eurobond sale is needed to refinance 800 million levs worth of debt maturing in 2021

Bulgaria is known abroad as the poorest and one of the most corrupt countries in the European Union. To make things worse, since early July the government has been trying to contain the popular discontent it faces, as protesters are taking to the streets a day after day, demanding its resignation. Overall, such an environment isn't usually considered attractive to potential investors.

Yet when conservative management of public finances is added to the mix, the prospects apparently improve.

On September 15, the Ministry of Finance successfully sold two long-term Eurobond issues under extremely favourable conditions. Several national records were set: the second-largest amount raised in one go, the longest-maturity debt issued by Bulgaria so far, and the lowest yield achieved for 10-year bonds.

The total amount raised is 2.5 billion euro - the equivalent of close to 5 billion levs, from 10-year and 30-year Eurobonds issued on international markets. The bonds were sold amid high investor interest, with demand at one point exceeding the initial offer 5 times. Originally, the government planned to raise 2 billion euro but interest was so high that the target amount was raised to 2.5 billion euro. It's worth noting that the low yield achieved during the bond sale is usually associated with countries with a credit rating significantly higher than Bulgaria's Baa2 assigned by Moody's and BBB from S&P and Fitch.

The bond sale comes as no surprise for several reasons:

- In the spring, the parliament approved a revision of the budget for 2020 and gave the government the green light to seek additional external financing. The limit for new debt was increased from 2.2 to 10 billion levs and the originally balanced budget was revised to a budget in a deficit of 3.5 billion levs;

- So far, the government's anti-crisis measures would require 2 billion levs in financing;

- Almost all EU member states have resorted to issuing foreign debt this year to cover their budget gaps following the shock of the first wave of the pandemic and the anti-crisis measures worth billions of euro.

According to finance minister Kiril Ananiev, the money will be used to cover the expected budget deficit of 3.5 billion levs this year, to replenish the fiscal reserve, to refinance about 800 million levs in maturing securities next year and to mitigate the impact of Covid-19 on the economy.

However, given the simmering political tensions in Bulgaria and the uncertainty about how the infection rate will change in the autumn, there is a significant risk that the money will be spent on populist measures with little to no effect on the real economy.

A public betrayal or a financial success

The last time Bulgaria tapped international markets for funding was in 2016. The country was the only one left in Central and Eastern Europe without a Eurobond sale this year. The dual-tranche Eurobond issue provoked diametrically opposite comments at home: according to the Ministry of Finance, it was "an exceptional success, unique in the economic history so far", whereas for the main opposition Socialist Party the sale was equivalent to "stealing [Bulgaria's] future".

The political spin aside, the numbers show that the results achieved at the auction were very good. The Eurobond sale was met with high investor interest - the submitted bids reached 10 billion euro, whereas the government was looking for only 2 billion. Therefore, according to the finance minister, the government decided that it should increase the offer to 2.5 billion euro, split evenly between a 10-year tranche and a 30-year tranche.

Bulgaria received bids from institutional investors from countries like Germany, the US, Switzerland, the Netherlands

"Thus, we have positioned ourselves among the countries that are either sufficiently developed, or rich enough, or disciplined enough to include our government securities in their portfolios as a collateral of a good enough class," said deputy minister of finance Marinela Petrova. Bulgarian investors acquired 16% of the total offer.

Market analysts also give a positive assessment of the auction. "Currently, Bulgaria is a desirable issuer, and the levels of profitability achieved are comparable to those of countries with a credit rating of A/A-. In my view, if it wasn't for the coronavirus crisis, we would have witnessed an upgrade of [Bulgaria's] credit rating in the last quarter of 2020. What makes the country attractive to investors is the low level of debt, balanced public finances, the consistently low deficit and limited spending impulses," said Martin Tarpanov, head of Debt Instruments at Sofia-based investment intermediary Deltastock.

As at the end of July, Bulgaria's debt-to-GDP ratio stood at 20.7% - the second-lowest in the EU after Estonia's.

Initially, Bulgaria planned to tap the markets in the spring but then gave up due to worsening market conditions and decreasing investor interest in the aftermath of the economic turmoil caused by the coronavirus pandemic. At that point in time, the efforts of then finance minister Vladislav Goranov were primarily focused on Bulgaria joining the Exchange Rate Mechanism (ERM II) - the training grounds for Eurozone membership. Subsequently, the markets calmed down by the end of summer and the economic forecasts were even revised upwards.

"Central banks continue to print trillions of euro and dollars and buy government debt, significantly reducing their borrowing costs and, respectively, credit spreads on bonds compared to the spring of 2020," said Tarpanov. This practice is whetting the appetite for more profitable securities against the background of negative or zero interest rates on bonds in developed markets. Representatives of the investment community even claim that the current political tensions in Bulgaria don't bother the markets. This became clear as early as September 14, at the investor call, in which the parameters of the government bonds were explained to potential investors. Investors' lack of interest in the ongoing anti-government protests in Bulgaria is unsurprising, considering that the current political uncertainty has little to do with Bulgaria's ability to pay its debts decades later.

The Ministry of Finance added another positive spin to the fiscal discipline the government has maintained for years: "A key factor for the remarkable performance of our country on international capital markets is undoubtedly Bulgaria's accession to ERM-II in July this year," said Kiril Ananiev.

How to spend 5 billion levs

Now, the big question is whether the country needed this new debt and whether the government could have coped without tapping international markets, given Prime Minister Boyko Borissov's propensity to quell any dissatisfaction with expensive promises. The 2020 balanced budget was revised in April to be in deficit at the end of the year in order to cushion the economic and social impact of the coronavirus pandemic. According to finance minister Kiril Ananiev, if a new budget revision is needed, it would not be because of accumulated additional expenses but rather a result of lower-than-projected revenues due to a lack of proceeds from the road toll system and the Sofia Airport concession worth 550 million levs.

"When you expect a deficit, there are three possible responses. The first is to cut spending sharply, which severely damages economic growth during a crisis. The other two are either to cover the deficit by using the fiscal reserve or to take on debt. Using the reserve seems a reasonable idea, but Bulgaria has never been in a position to take on debt without having a reserve because it gives investors confidence that we are solvent," said Kaloyan Staykov from Sofia-based think-tank Institute for Market Economics (IME).

In addition to covering the deficit this year, the money raised through the Eurobond sale is needed to refinance 800 million levs worth of debt maturing in 2021. Also, a 2016 Eurobond worth 3 billion levs must be repaid in 2022.

"There is a risk that the funding raised this year will be spent by making a bunch of populist promises which will inflate the deficit in 2021. However, now it is the moment for profitable debt. The high investor interest proves that" said Staykov, adding that nobody knows what will happen in the coming months, which makes having money for a rainy day the responsible choice.

The decision reflects the country's entry into the European Exchange Rate Mechanism (ERM) II following two years of institutional strengthening, which is one step to becoming a member of the eurozone.

Another factor in the upgrade is the reduced exposure to foreign currency debt risk, large fiscal reserves and the expectations that the positive fiscal and debt dynamics post-pandemic shock will preserve the government's balance sheet.

However, key credit challenges remain - such as the negative impact of adverse demographics on medium-term potential growth, as well as the continued challenges in the fight against corruption, judicial independence and the rule of law.

"Concerns in these areas have led to demonstrations in recent months. While some progress was noted in the European Commission's 2019 Cooperation and Verification Mechanism (CVM) report, Bulgaria's scope for progress in these policy areas remains ample," said Moody's in the official press release. Bulgaria's outlook remains stable.

Moody's forecast relies on the assumption that following the general elections in March 2021 the future government will remain committed to joining the euro area and will continue to implement necessary reforms.

Bulgaria is known abroad as the poorest and one of the most corrupt countries in the European Union. To make things worse, since early July the government has been trying to contain the popular discontent it faces, as protesters are taking to the streets a day after day, demanding its resignation. Overall, such an environment isn't usually considered attractive to potential investors.

Yet when conservative management of public finances is added to the mix, the prospects apparently improve.