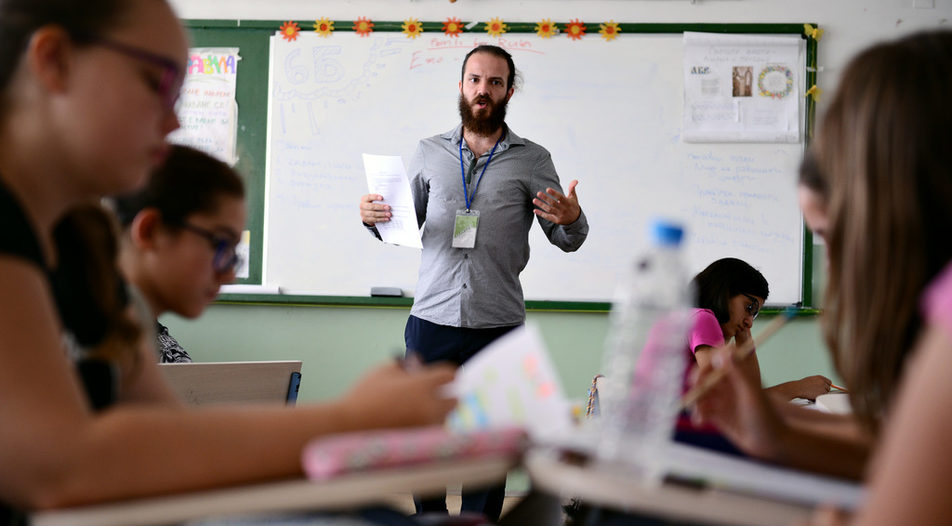 A budget to appeal to everyone

A budget to appeal to everyone

Unlike past years, the government's books are balanced for 2020 - the state will spend as much as it collects

In a nutshell, next year's draft budget was tailored to secure almost universal appeal in Bulgaria. There is no real basis for ministries, businesses or ordinary folk to oppose the government's financial framework for 2020 - public sector employees are set for another wages' hike, additional money will be distributed to healthcare, pensions will increase and everyone should be content.

Costs are set to increase for yet another year, though at a slower pace. However, similar to last year, a portion of the planned expenses will likely not be spent until the fall when hundreds of millions of levs are typically allocated for various "priority" projects without any public debate.

Unlike past years, government finance is balanced for 2020 - the state will spend as much as it collects. Thus, next year 46.8 billion levs or 36.9% of the projected GDP will be redistributed. However, future plans lack the most important ingredient for Bulgaria's economic development - reforms in sectors like education, healthcare and energy, which consume more and more money without delivering better results. Without necessary structural changes in the public sector, all the government will be doing is throwing money down the drain.

The big question is whether 2020 will be the last easy year for public finance before the expected slowdown of the global economy reaches Bulgaria. The Ministry of Finance is planning the budget on the supposition that Bulgaria's economic growth rate will decrease slightly next year, to 3.3%, from 3.4% in 2019.

Similar to 2019, the government's focus is on income growth. Public sector employees will get a 10% salary increase, the minimum wage will go up from 560 levs this year to 610 levs in 2020 and teachers will be getting 360 million levs more, guaranteeing them 1058 levs (541 euro) minimal salary. . In their election campaign in 2017 the ruling GERB party promised to double teachers' salaries by the end of Prime Minister Borissov's third term.

All of this will cost an additional 1.2 billion levs. Expenses for around 400,000 people employed in the public sector will exceed 10.7 billion levs, which is slightly above the plans for pensions next year (10.6 billion levs). Salaries in the education sector will rise by an average of 17%, following the political promise in 2017.

Amid these wage gains, it is surprising that government spending is to grow by just half a billion levs compared to 2019. However, the math includes the extra 2 billion levs spent this year for the purchase of eight F-16 fighter jets. If they are removed from the equation, budget expenditures would increase by 2.4 billion levs on an annualised basis next year.

Any major change the government undertakes usually reflects on the entire economy. Such is the case with the third increase in incomes in the public sector in as many years. Competition in the labor market is growing fiercer and concerns can be raised whether raising wages would exacerbate the situation..

The risk of overheating

In their statement on the draft of the state budget for 2020, the advisory Fiscal Council indicates that while the growth of nominal unit labor costs is expected to gradually slow down, labor productivity is still far behind the increase in remuneration of employees. "Keeping this trend, in the long run, diminishes the competitiveness of the Bulgarian economy. Labor market conditions signal a risk of overheating, which should be addressed in a more in-depth and comprehensive analysis."

On the other hand, rising incomes lead to higher consumption, which in recent years has been a major driver of economic growth and supported the revenue side of the national budget. Tax revenues are expected to grow by 8.1% next year, or by close to 3 billion levs. However, the Fiscal Council (an independent watchdog) states that detailed reasoning and analysis of the expected revenues is necessary, because in recent years there has been a tendency to underestimate them. It has allowed government to spend without the sanction of the Parliament.

"Unless we experience a sharp economic downturn which raises unemployment, all the arguments for higher consumption next year are valid," said Peter Ganev from the Sofia-based Institute for Market Economics (IME). According to him, the problem is that policies which support income growth are made without countermeasures. "I see no reason for any group to be displeased with this budget, which is a bad sign. This means that the government made no attempt to remedy any inefficiencies. If everyone is satisfied, then most likely the efforts to change structural relationships are not enough."

Former Finance Minister in the government of Ivan Kostov from 1997 to 2001 Muravey Radev shares the sentiment. "There are no major structural reforms in the budget system. The main drawback remains - the financing of the economic system is carried out on the basis of parameters which have already been achieved," he told public radio BNR.

The risk of a downturn

At the same time, 2020 is the last year to provide room for manoeuvres which traditionally have not been used. Instead of implementing reforms, various groups of ministers have been making electoral rounds across the country this year with Mr Borissov. Meanwhile, warnings regarding the potential slowdown of the global economy have been rising. The logical question is whether the budget will have enough buffers to withstand a downturn.

Experts see as rather optimistic the macroeconomic forecast of the Ministry of Finance that the economy will continue to grow above its potential by 2022.

Finance Minister Vladislav Goranov points out that the plan for a balanced budget next year is a buffer. In addition, the increase in income plus the expectation of serious budget investment in the next year or two will also boost the economy.

However, according to financial analyst Lyubomir Datsov, rising current costs pose a risk as well - wages are difficult to cut when revenues are declining during an economic downturn. "This policy of pumping current costs will, at some point, lead to pressure to increase taxes or to change the tax structure. And I think that the tax system in Bulgaria is one of the few local competitive advantages," Datsov argues.

The Fiscal Council even recommends planning surpluses instead of a balanced budget to provide a buffer against possible economic shocks over the next three years.

How to catch up

About a year ago, the Ministry of Finance requested a review of the country's budgetary process to be carried out by the Organisation for Economic Co-operation and Development (OECD) - an analysis on transparency, program budgeting, civil participation in the process, the role of parliament and institutions. The review is not ready yet, but one would only have to look back on the last several years to see that a large portion of taxpayers' money is still spent with little transparency and planning. For example, hundreds of millions of levs are distributed within the last two months of the year by the Council of Ministers with no prior public debate or analysis of efficiency. In this way, Bulgaria is missing a chance to use the budget to implement policies spurring economic growth so that the country can catch up more quickly with its European peers.

According to estimates by the Ministry of Finance, Bulgaria will only reach the average European standard of living in 20 years with the current pace of economic growth of around 3.3%, assuming that the European economy grows in the long term at a pace of 1.2%. About a year ago, economist Georgi Angelov from the Open Society Institute had calculated that this could happen by 2035 - but only with the help of reforms, structural funds and further integration with the rest of the European Union in terms of membership in the Schengen Area and the eurozone.

Bulgaria will not join Schengen anytime soon. The eurozone looks temptingly close - Goranov's new deadline is April next year, and joining the euro area can give a boost to the economy.

But the most important ingredient to catch up with rich countries is the political will to change, whereas Mr Borissov's mantra is just the opposite - stability. Indeed, next year's budget can provide stability, albeit at the cost of long-term risks. Without reforms, the country is destined to maintain its "stable" ranking at the bottom in terms of competitiveness, business environment, rule of law, freedom of the press and standard of living.

What was the main event in your business sector in Bulgaria in the last quarter?

In the Pirin Mountain area, we see in Q4 a two-digit increase in occupancy compared to the same period last year. The increasing number of inbound flights to Sofia, as well as the new highway to Blagoevgrad, have decreased the travel time from Sofia to Bansko to less than two hours. Bulgaria sees strong increases in tourism as European tourists who have travelled for many years to the classic destinations such as Spain, France and Italy are eager to explore new destinations and have found in Bulgaria what they are looking for: world-class skiing, hiking, UNESCO-protected national parks, the best beaches, a great variety of food and warm-welcome hospitality for a great value for money.

What do you see as the next major development in your company's business in the forthcoming quarter or further?

Bulgaria will see further growth in the city, cultural, leisure and sports tourism. Events such as the Audi FIS Ski World Cup in Bansko, Plovdiv as the European Capital of Culture 2019 and others are putting Bulgaria on the worldwide media map. Inbound tourism from Europe, as well as Israel and Russia, is growing rapidly. Sofia will continue to turn more attractive for leisure and business visitors alike. Investors are entering the Bulgarian market attracted by the very valuable market conditions compared to many other European countries. The culinary, art and event scene in Bulgaria sees a strong development, and young Bulgarians are coming back from their expatriate experience to start their own business as entrepreneurs. Exciting times ahead.

Unlike past years, the government's books are balanced for 2020 - the state will spend as much as it collects

In a nutshell, next year's draft budget was tailored to secure almost universal appeal in Bulgaria. There is no real basis for ministries, businesses or ordinary folk to oppose the government's financial framework for 2020 - public sector employees are set for another wages' hike, additional money will be distributed to healthcare, pensions will increase and everyone should be content.