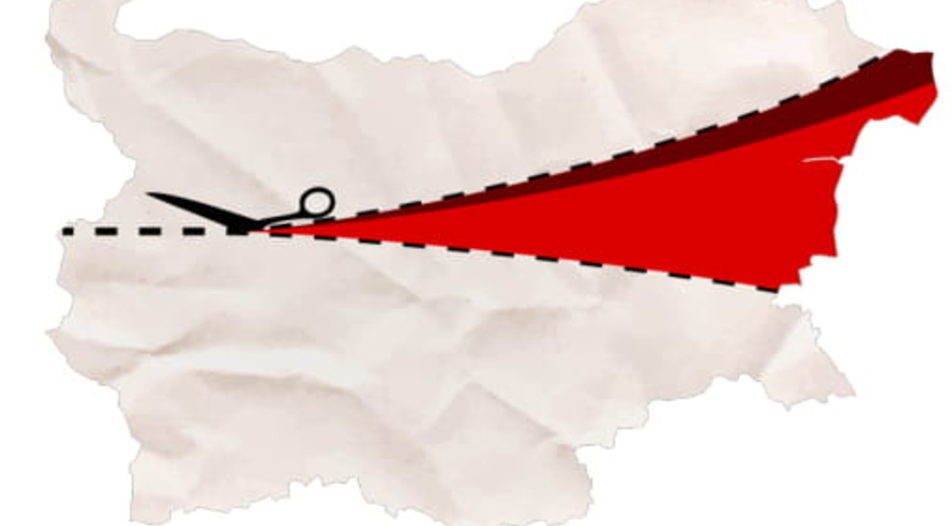 A business revival is visible everywhere, but stronger regions pull ahead, while the weaker ones still lag behind

- The proportion of people with higher education increases, but university majors and acquired skills do not meet the needs of the business

Economic growth in Bulgaria reached 3.8% in 2017 amid rising employment, strong consumption and slowly reviving investment, mainly related to the absorption of EU funds.

The surge is visible in all regions of the country, but the process is still uneven and inequality between northern and southern Bulgaria is increasing. As in previous years, the leading engines of the economy are Sofia, Stara Zagora, Varna and Burgas. On the other hand, improvement is visible in parts of northern regions, but it is marginal and mostly due to the low starting point.

The labor market produced some good news last year - an increasing number of people are choosing to join the labor force. The bad news, however, is that they often fail to find a job. This hikes unemployment rates in some places, especially in northwestern Bulgaria.

Meanwhile, the worsening demographic picture diminishes growth potential in other regions, which flags the need for labor productivity improvement and changes to the education system. European funds, which are now Bulgarian government's main investment instrument, are mainly geared to infrastructure projects and wastewater treatment plants and don't contribute to the so urgently needed reforms. These are some of the main highlights of this year's "Regional Profiles: Indicators of Development" study of the Institute for Market Economics (IME), the Sofia-based think-tank.

A good year for the labour market

Last year ended with very positive labour market data in Bulgaria - unemployment fell to levels reported ten years ago, and employment reached a record of 66.9%. According to Yavor Alexiev of IME, low labour costs, land and office space prices are factors assisting the economic boom outside the largest cities.

The even better news is the slightly narrowing levels of economic inequality between the regions - the difference between the best performing areas and the others is that greater numbers of economically inactive people are joining the labor market.

"In Targovishte and Montana, for example, economic activity increases, but it leads to an increase in both employment and unemployment because in less developed areas there are no job opportunities," says Zornitsa Slavova of IME.

However, some regional imbalances remain. Job creation is concentrated in southern Bulgaria, while in the northern part of the country the pace is significantly weaker. Despite the high base, the biggest growth in employment is visible in Stara Zagora, Plovdiv and Sofia in 2017, and only in Vidin and Gabrovo does employment decrease.

Although rising significantly in the last year, the employment rate among people aged 15-64 in Vratsa, Razgrad and Silistra remains below 60%. "Razgrad is suffering from an ageing population, low wages and low investment activity. The number of companies there is only 36 per 1,000 of the population, while the country's average is 57, making it among the lowest in Bulgaria," says Slavova.

Many of the imbalances come from the difference between skills in demand and those on offer, especially in industry. An inadequately skilled workforce thwarts many companies' growth strategies. The key factor once again is education. Ms Slavova cites Vratsa where over half of the vocational education graduates are training to become cooks, restaurateurs and hoteliers, yet this sector employs only 1% of the region's workforce.

In Sliven and Dobrich, home to a large Roma population, many students drop out in high school. In Smolyan, which boasts the highest increase in matriculation grades, the positive trend does not translate into labour market improvements.

The situation in Veliko Tarnovo is similar. There the relative number of students compared to the population is the highest in Bulgaria, but the share of people with higher education in the labour force is low. "This shows that they are looking for jobs elsewhere. Young people with good results migrate to larger cities or abroad," Slavova commented.

The labour market in the country is developing generally well, but changes are needed in order to maintain the positive trend and reduce imbalances.

"The greatest potential resides with young people, where economic activity is very low and remains one and the same over the years," says Zornitsa Slavova, adding that under half of the students are trainees. "Education is highly subsidized and they have no motivation to work. One way to stimulate economic activity is by means of compulsory internships. The other is to tailor majors to the needs of the labour market."

The demographic structure of income

Economic revival in Bulgaria affects household incomes as well. In 2017 more than half of household budget revenue derived from wages. The share of those relying on self-employment and property income has increased and the share of pensions' income has declined.

On the other hand, economically vibrant regions are pulling ahead. In Sofia and Sofia region, Plovdiv, Stara Zagora and Burgas, salaries have been increasing both in nominal terms and as a share of household income.

Local taxes and fees - still up

In 2018 the weakness of municipal budgets continues to push local governments to increase taxes in an effort to fill fiscal gaps. IME reported 37 local tax increases and only four reductions during the year.

"People in the biggest economic areas pay the highest taxes and fees - Sofia, Varna and Burgas. Vidin, Kyustendil and Montana charge the lowest, while Stara Zagora and Gabrovo are well developed economically but their taxes are low," Ms Slavova commented.

In theory, local governments can use regional fiscal policy to attract investors with relatively more favourable conditions. In practice, however, local taxes and fees are a very small share both from the municipal budgets and the tax burden on businesses, compared with social security and corporate tax costs. So almost all municipalities remain in the red in 2018 once more, and the big salvation comes in the form of transfers from the central government budget.

There is a solution but it is always excluded from the government's agenda - fiscal decentralization. The idea is that part of the proceeds from personal income tax would be remitted to the municipalities from which it is collected. According to IME calculations, sharing one-fifth of the tax would provide municipalities with an additional 675 million levs in 2018, which is 30.4% above their own tax revenues.

"This reform would greatly improve the state of municipal budgets, creating opportunities for both their debt servicing and new capital expenditures," IME economists write in a report. "It will also create incentives for local authorities to engage in attracting more investment, to ensure higher employment and labour income."

Highways and gardens with money from Europe

The limited administrative capacity and the dependence of the local government on the central budget steers municipalities towards European funds. From the beginning of the country's membership of the EU until the middle of June this year, Bulgarian municipalities have absorbed 10.7 billion levs as beneficiaries of operational programs. Much of the absorbed European funds go to infrastructure, water cycles and treatment plants. About a quarter of the money goes to the Sofia metro. By comparison, a year earlier, the total was 8.8 billion levs.

However, distribution is uneven. Large municipalities use the money for infrastructure projects, thus pulling some small ones along the way as is the case with Rila municipality, which is on the route of Struma highway leading to the border with Greece. At the same time, despite the considerable resources allocated for roads, the quality of road surfaces shows no improvement.

"The road agency data show that the share of the pavement in good condition has not changed over the last five years. Obviously, the problem is in the road making," Ms Slavova concludes.

Other municipalities are looking for quick, visible and easy solutions. EU funded activities bring resources immediately; this money is relatively easy to obtain and can be used to pay the salaries of public administration workers (not directly, but through various EU projects). And what is done is visible within the four-year term. "Voters immediately appreciate city's new looks, even if it is about projects like gardens and stadiums that do not contribute to economic development," says Slavova.

In terms of long-term, sustainable growth, attracting investor interest would be more reasonable, but is seldom available or even desirable.

"The quest for investors requires administrative capacity and resources. It can inflict costs because local authorities will have to build roads, water and electricity supply systems," explains Ms Slavova. However, revenue and the benefits take some time, not before the project develops and starts to work. Hence the result is not immediately tangible to voters.

European funds, however, can benefit the long-term economic growth if they are effectively targeted. In their analysis, economists from the institute have been studying the obstacles to the development of some regions, compared to those established as economic centres. The main priority is infrastructure, especially in terms of staff shortages and obstacles to workers' mobility.

"Without good infrastructure (specifical road) we cannot expect the working population to be mobile and ready to work 50 or 100 km away from their homes," they write in the report. "The lack of adequate infrastructural connections through the Balkan mountain range hinders the links between the economically active territories on both sides of the mountain and de facto restricts their potential to grow," they add, referring specifically to the planned tunnel under the Shipka pass and the future Black Sea highway that would run along the coast.

- The proportion of people with higher education increases, but university majors and acquired skills do not meet the needs of the business

Economic growth in Bulgaria reached 3.8% in 2017 amid rising employment, strong consumption and slowly reviving investment, mainly related to the absorption of EU funds.