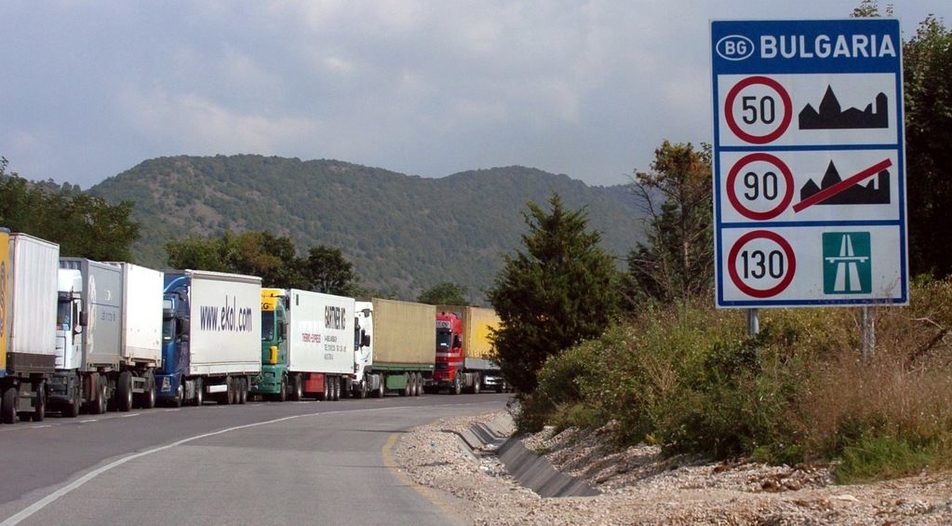 The Bulgarian economy takes a pause

The Bulgarian economy takes a pause

GDP kept up its 3.5% growth rate in the first quarter but Europe is slowing down. When will Bulgaria follow?

The widespread economic euphoria that took over Europe in 2017 was short-lived. The speculation of slowdown in growth rates over the past few months has materialised in hard macroeconomic data in Europe during the first quarter of 2018 - annualized GDP growth rates went down in almost all countries.

Exceptions to that trend can be found mainly in Eastern Europe and Bulgaria is one of them. The National Statistical Institute's express data show the economy grew at an annualized rate of 3.5% - same as in the previous quarter.

The question now is whether Bulgaria's main economic partner - Europe, is going to slow down, and whether Bulgaria will follow in its path, as has been the case so far. The first three months of the year mark the twelfth consecutive quarter of growth rates over 3.5% and forecasters are betting on acceleration in 2018. However, the main economic engine - consumption, is showing signs of slowing down. Domestic factors like construction activity are still driving growth, but if engines start shutting down, the sector might also lose its momentum.

Consumption remained Bulgaria's biggest economic engine during the first three months of the year. On an annual basis, growth reached 2.4%, according to NSI's express data, driven by rising household income and continuing recovery in the labor market. For example, wages rose by 7% in the first quarter relative to the same period in 2017, the labor market added 62.6 thousand workers to its ranks, whereas the number of unemployed decreased by 35.7 thousand to 5.7%.

Having said that, it is worrying that the consumption growth is slowing down. In the fourth quarter of 2017 it was 3.8%, and in the prior period - 4.3%. Though the most recent data will probably be revised in June, a turn for the worse can be seen in retail numbers as well. According to managers, the level of sales has fallen to its lowest point in a year, and the financial condition of the companies took a tumble in April.

A silver lining in sight is the approaching tourist season, which is boosting retail and service companies' expectations for the following three months. Also, consumer confidence is on the rise, and more households believe that the economy and their financial condition will improve in 2018.

Winter was hard for Bulgaria's foreign trade as well. In February and March exports to the EU slowed down considerably, whereas sales to third countries fell for a fifth consecutive month in March. In Germany, which is Bulgaria's main export destination for machines and their parts, the industry slowed down, presumably because of harsh winter weather.

In addition, import growth also slowed in March for the first time in 19 months. Sales of foreign goods in Bulgaria are still increasing faster than exports but their growth rate fell from 8.3% in the fourth quarter to 6.8% in the first quarter this year. The reason - primarily falling fuel imports.

Good news can be found in investment data. In the first quarter, gross capital formation marked an annualized surge of 7.2%, whereas at the end of last year the growth rate was 4.5%.

According to Krassen Yotov from Industry Watch consultancy the absence of big changes in investment activity in the private sector means that the increase is coming from the government.

"Many municipalities began infrastructure reconstruction efforts in 2017 which are under way during this year as well," he said. "These projects are undertaken once every 15 years, so, when they begin, they impact the economy significantly."

According to Dessislava Nikolova, a lead economist for the Sofia-based think-tank Institute for Market Economics activity is visible in private construction as well. The relatively mild weather conditions allowed companies to continue their work during the traditionally slow winter months. National data shows that the spur is coming primarily from housing, driven by the growing demand for real estate. For example, the number of construction permits increased by 6% y/y in the first quarter, the number of dwellings - by 33% y/y. The number of newly built residential buildings surged by 22%; newly started construction projects - by 13%. At the same time, housing prices are up to 10% above last year's levels, which creates incentives for purchases with the intent of resale and rental. The Bulgarian National Bank's data show that housing loans reached double-digit growth in March, which might be the reason why it warned the banks explicitly to be careful with risk accumulation.

"A big part of investment in real estate made by households is coming from their savings, which they have withdrawn from the banks," says Ms Nikolova. "Investment in housing is leading to over-saturation in the real estate market and prices will probably start to go down from this point on," she adds. It is questionable how long the rally in real estate prices will be sustained and whether it could compensate for the potential slowdown of the European economy. Moreover, as a consequence of the European Central Bank's policy of low interest rates the risk of real estate bubbles has been a growing concern across Europe.

In this context, in May the IMF once again urged European economies to take advantage of the current favourable conditions at the moment to make reforms and boost their economic potential. Reforms are not on the horizon in Bulgaria though, investments to increase productivity, in the long run, are also lacking - all important factors to consider if the business cycle is nearing its end.

The widespread economic euphoria that took over Europe in 2017 was short-lived. The speculation of slowdown in growth rates over the past few months has materialised in hard macroeconomic data in Europe during the first quarter of 2018 - annualized GDP growth rates went down in almost all countries.

Exceptions to that trend can be found mainly in Eastern Europe and Bulgaria is one of them. The National Statistical Institute's express data show the economy grew at an annualized rate of 3.5% - same as in the previous quarter.