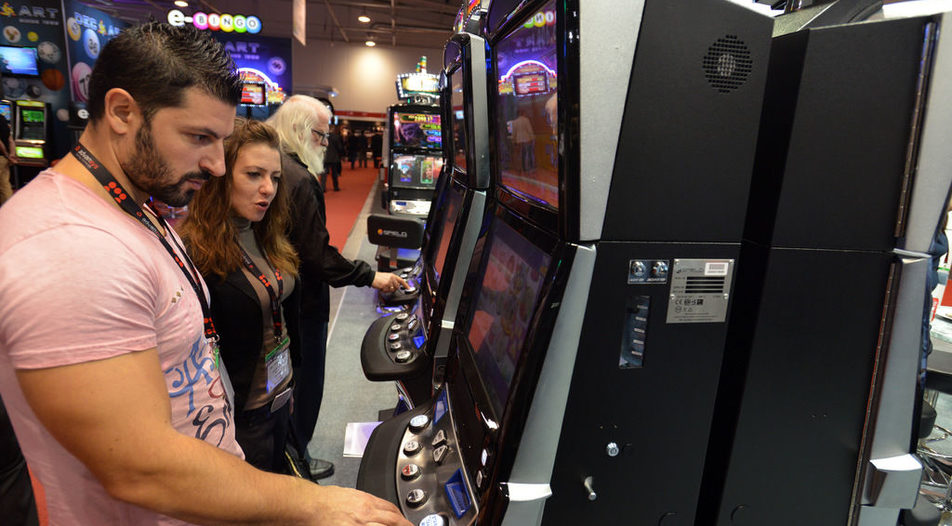 The Most Profitable Companies: Economy of Slot Machines and Lottery Tickets

The Most Profitable Companies: Economy of Slot Machines and Lottery Tickets

• Armed conflicts in the Middle East bring amazing profits to the arms sector.

• The sectors with high added value such as the chemical industry and car components manufacturing affirm their strong positions among the most profitable ones.

Bulgaria is an economy of slot machines, lottery tickets and mortars. A quick look at the most profitable companies in Bulgaria for 2016 will leave such an impression, given that one third of the added value of the Bulgarian economy was provided by the gambling industry and armed conflicts in the Middle East.

In 2016, the 50 most profitable companies of the sample of top 300 in terms of profits earned slightly over 0.21 levs per each lev of their sales on average. This is less than 0.01 levs higher year on year, when the 50 most profitable companies had a margin of 20.79%. The group of the top profit makers included slightly bigger companies in 2016, most of which grew their profits by more than 20% year-on-year.

One third of the growth was generated by a single company which is state-owned: the Vazovski Machinostroitelni Zavodi (VMZ) ammunition manufacturer in Sopot. Only five years after the actual bankruptcy of the company and strikes of workers, VMZ reported a record-high performance in 2016. Its revenues tripled and its profit increased seven fold to 173 million levs. The staff increased by nearly 50% - from 2,941 employees at the beginning of 2016 to 4,318 at the end of the same year, according to the report accompanying the company's annual financial statement.

The results are amazing for the plant's new history since the collapse of socialism. They have been driven by armed conflicts in the Middle East and North Africa - the main markets where the company sells its products. Having begun in 2014, the upward trend is already consistent and the results for the first three months of 2017 show that it continues. According to experts of the company and the Economy Ministry, which is its owner, the ammo plant has already received orders for 2018.

The other representatives of the arms manufacturing and military hardware maintenance sector in the country, which are privately owned, also improved or affirmed their positions in 2016. Arsenal's profit increased over 2.5 times to 82 million levs on the back of 80% higher revenues last year, while Dunarit and Emko kept their profitability levels year on year. Only a less known arms trader, Apolo Engineering, reported a 52% decrease of profits to 39 million levs on a 12% drop of revenues. The company posted impressive performance in 2014. It is owned by an Iraqi national holding a Bulgarian passport who is indirectly related to Bulgaria's Chimimport group and the failed Corporate Commercial Bank.

Following the arms manufacturers' records, one tenth of the profit of the most profitable companies in Bulgaria comes from the gambling business, mostly from assembly of slot machines and sale of lottery tickets. The average profitability in the sector is over 40%, i.e. twice the average for the champions in the big business in Bulgaria, including the arms sector.

In 2016, however, the business of lottery tickets and gambling controlled mostly by Vassil Bozhkov, was pushed back from the top position in terms of profitability by a company manufacturing gambling machines. Euro Games Technology reported a net profit of 161 million levs, 88% higher than a year earlier. According to information posted on the corporate website, the company operates globally selling gambling machines in more than 75 countries. It is owned by three natural persons with connections to some murky business figures.

Thanks to its performance Euro Games Technology dethroned the permanent leaders in gambling controlled by Vassil Bozhkov, New Games and Eurofootball, which had a combined profit of 120 million levs in 2016. New Games, together with National Lottery, is an organizer of the game of the same name having acquired a significant popularity during the past three years after a tax curtsy by the state in 2014. For its part, Eurofootball is the biggest player in sport gambling in Bulgaria.

However, National Lottery and Eurobet are absent from the ranking for 2016. Eurobet holds the license of Lottery Bulgaria. Last year, Bozhkov sold a part of Eurobet to Greece's Intralot of gambling entrepreneur Sokratis Kokkalis with whom he also equally owns Eurofootball. If these companies are added to the sample, the profits related to the gambling business will increase. This comes on top of the high number of casinos and online betting websites controlled by Bozhkov.

The sectors with high added value such as chemical industry and car components manufacturing affirm their strong positions as being among the most profitable businesses in Bulgaria. The natural monopolies complement the picture although this is rather in line with what is anticipated about them. The chemical sector had a strong performance in 2016. Solvay Sodi soda ash plant achieved profitability of over 30% on 11% growth of revenues in 2016, while Huvepharma pharmaceutical company producing medicines and animal foods increased its profit by 12% to 108 million levs. Generic drugs manufacturer Sopharma increased its profit by almost 50% which is due to the one-time effect of the sale of a participating interest in Serbian company Ivancic & Sons. With the effect of this transaction excluded, Sopharma's profit remained practically unchanged year-on-year. In 2016 the company was focused on optimizing its operation due to the difficulties it faced on the markets of Russia and Ukraine as a result of the conflict between the two countries. In 2017, however, Sopharma already sees considerable improvement of market conditions in Russia and this year tends to be one of restoration of the company's organic growth in terms of revenues and profitability.

The sector of car components manufacturing also affirms its increasing importance for the Bulgarian economy with a share of 8% of the revenues of the 50 most profitable companies in the country and 6% of their overall profit. The representatives of the sector posted a total profit of 150 million levs in 2016. The Kardzhali-based manufacturer of rubber couplings and plastic pipes Teklas Bulgaria owned by Turkey's Teklas, contributed one third of the total profit in the sector. At the beginning of 2017 the company started building a fourth plant near Kardzhali which is expected to start operating at the end of the year. Teklas Bulgaria received financing for the project from the European Bank for Reconstruction and Development. As soon as the extension is completed Teklas will provide a total of 2,300 jobs in this border region.

The global economic momentum pushed transport companies to higher profits last year, judging from the performance of shipping company Navigation Maritime Bulgare which reported a profit of 42 million levs after a loss of the same value a year earlier. However, the company's profits have been mysteriously decreasing, particularly in the past two years. Fraport Twin Star Airport Management running the airports in Varna and Burgas registered an 18% growth of revenues and more than 60% increase of net profit after a strong summer season in 2016.

To sum it up: 2016 was a successful year for the big business in Bulgaria. This shows particularly well within the sample of the 50 most profitable companies, with 84% of them having increased their profits and 70% - their profitability.

• Armed conflicts in the Middle East bring amazing profits to the arms sector.

• The sectors with high added value such as the chemical industry and car components manufacturing affirm their strong positions among the most profitable ones.