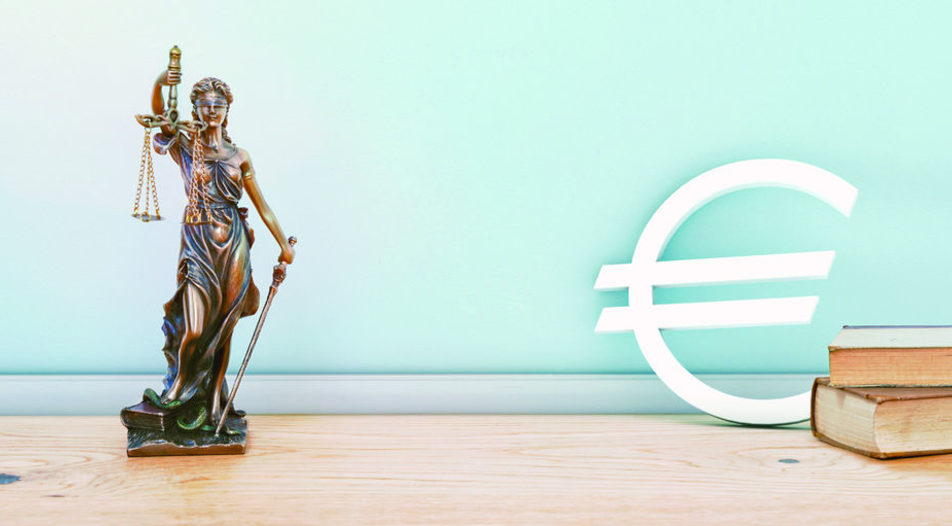 Is Eurozone membership a worthy goal for Bulgaria?

Is Eurozone membership a worthy goal for Bulgaria?

The answer is not so clear-cut, as it used to be few years ago

• For Bulgaria, which is the country with the lowest level of capitalization in the Union, the membership in the Eurozone will help with the capital accumulation.

• Because of the currency board, Bulgaria is much more integrated in the Eurozone than the rest of the member states that are still not part of EU's common currency. As a result, the purported negative effects of the euro will be smaller.

There were times when the answer to this question was unequivocally "yes". All perceived benefits from membership were relatively large, while most of the perceived costs were already incurred anyway due to Bulgaria's currency board regime. It seemed Bulgaria stood nothing to lose and everything to gain from Eurozone membership.

As of 2017 this is not the case anymore. It seems that the overall assessment, both by the expert community and by the public, has shifted. On the cost side, new costs have emerged. Eurozone member countries now have to contribute actual money to funds set up to alleviate future fiscal and banking crises. They also have to bear the risk of carrying much larger costs in case of future crises which can turn out to be large enough to require more fresh money than the safety funds have. Another important new perceived cost is the risk that a member country may be forced, by its very membership in the Eurozone, to undergo painful adjustments in the future, very much like the ones in all of Southern Europe over the last several years.

At the same time,

the perceptions of potential benefits from Eurozone membership have dwindled.

There is a whole strand of academic literature claiming that benefits, which at the time of the establishment of the Eurozone were expected by academics and policy-makers, either never materialized, or those that materialized were much smaller than expected.

Given these changes in perceptions, it is not a surprise that the countries in the EU which are outside the common monetary area have recently become markedly colder towards the idea of quickly joining the Eurozone, or of joining at all. They have three arguments, which are also valid for Bulgaria.

First, costs have gone up in ways definitely not anticipated in the EU accession treaties, and in a manner in which even relatively poor Eastern European countries may have to spend money to save the budgets or the banks of much richer Western or Southern European members. Second, benefits seem to be smaller and seem to accrue less quickly than expected ten or fifteen years ago. Third, the Eurozone is obviously still in the process of undergoing fundamental changes and it would be too risky, and even politically irresponsible towards the voters, to join before the basic tenets of its new architecture are sufficiently clear as design and sufficiently understood as practice.

All three groups of arguments are logically valid, theoretically well-grounded, and relevant in practice. This means that it is very important for each country to consider them carefully and reasonably. But the recognition of the importance of the Eurozone-skeptical arguments does not mean that they necessarily outweigh the arguments in favor. And, very importantly, it does not obviate the need to consider each country according to its unique context. It is quite possible that, given the changes in the assessment and the architecture of the Eurozone, for some countries the answer to the question whether joining it is still a worthy goal may already be negative, while for others it may remain positive.

A strong case can be made for Bulgaria's membership

A strong case can be made that Bulgaria falls into the second group, namely that it is one of the countries whose context suggests that joining the Eurozone remains a worthy goal. This can be demonstrated along all three dimensions of the argumentation opposing this statement.

First, while it is true that costs of membership have increased along the lines of having to provide funding for things such as stabilization mechanisms and the banking union, the crucial question is whether the country can afford it. In the case of Bulgaria it seems those costs are affordable and will hardly put the Bulgarian budget or banks under pressure given their quite reasonable stance over the last two decades.

Second, while it may be true that the benefits from Eurozone membership are possibly not as large as previously anticipated, they demonstrate a certain contextual pattern. It is trading in goods that has increased less than expected, but capital flows have indeed grown significantly. For Bulgaria, which is the country with the lowest level of capitalization in the Union, these capital flows are much more important than the trade flows - a situation almost exactly the opposite of the one in, for example, the Czech Republic.

Thus it is likely that for Bulgaria Eurozone membership will strongly contribute to a process of capital accumulation, which for the concrete Bulgarian context is crucial. It also still remains true that, as opposed to all other five Eastern European countries expected to join the Eurozone, only Bulgaria will gain a small bit, rather than lose most, of the sovereignty of the central bank over the internal monetary environment. This is so because through its vote in the Governing Council of the European Central Bank, the Bulgarian National Bank will have more discretion over what happens in Bulgaria than it has now.

Third, the changes in the Eurozone architecture do not seem to hold significant risks as seen from the Bulgarian context. On the contrary: developments such as the joint banking supervision and the banking union will constitute an unequivocal improvement for Bulgaria. As the recent case of the failure of Corporate Commercial Bank (Corpbank), the fourth largest bank in the country, clearly demonstrated, Bulgarian regulatory and supervisory institutions have shown a remarkable degree of weakness and incapacity to defend and promote the public interest. The presence of supranational supervision in Bulgaria would have significantly decreased the probability of the problem either unfolding at all, or reaching the proportions it did.

Thus if the arguments outlined here are taken to be reasonable and realistic, the answer to the question whether Bulgaria should strive to join the Eurozone still remains decidedly positive. At least, as long as stronger arguments in favor of a negative answer are formulated.

* Georgy Ganev is an economist and is a program director for economic research at the Center for liberal strategies in Sofia, Bulgaria. He teaches at Sofia University's Faculty of Economics and Business Administration. Since 2005 he is Chair of the Governing Council of the Bulgarian Macroeconomics Association.

• For Bulgaria, which is the country with the lowest level of capitalization in the Union, the membership in the Eurozone will help with the capital accumulation.

• Because of the currency board, Bulgaria is much more integrated in the Eurozone than the rest of the member states that are still not part of EU's common currency. As a result, the purported negative effects of the euro will be smaller.

There were times when the answer to this question was unequivocally "yes". All perceived benefits from membership were relatively large, while most of the perceived costs were already incurred anyway due to Bulgaria's currency board regime. It seemed Bulgaria stood nothing to lose and everything to gain from Eurozone membership.