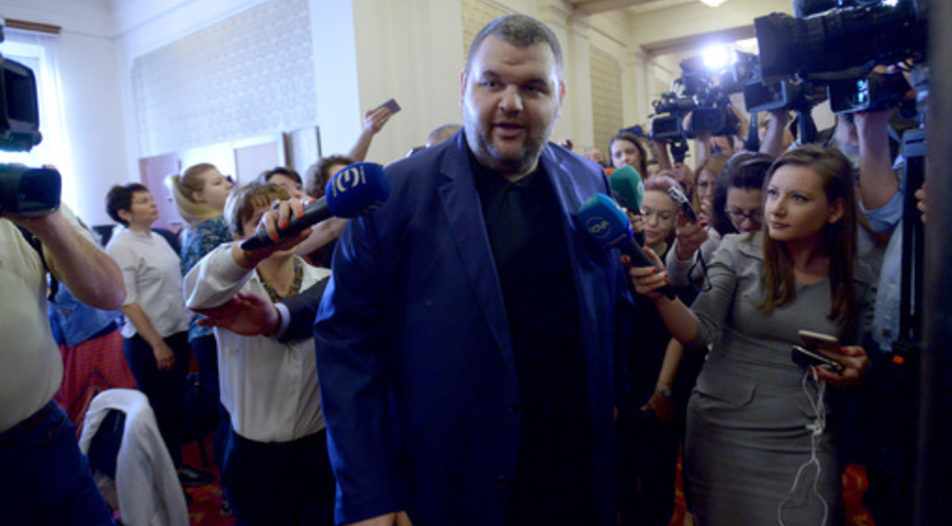 KorpulentenDelyan Peevski's massive influenceDefinition: Attacking someone for their physical appearance is ungentlemanly, but when their influence equals their size...

KorpulentenDelyan Peevski's massive influenceDefinition: Attacking someone for their physical appearance is ungentlemanly, but when their influence equals their size...

The boogieman vs traditional values

Definition: Nationalist Bulgarians of all political colours have turned a normal English word into a defamatory homophobic expression

Regular readers of this KQ rubric might remember the concept of "third gender" mainstreamed by the toxic debate surrounding the Council of Europe Convention on Preventing and Combating Violence Against Women and Domestic Violence, colloquially known as the "Istanbul Convention". A few months later, Genderi, the plural of the English word "gender" in Bulgarian, as it was reimagined by representatives of the nationalist Bulgarian public, became a primary derogatory term to describe any progressive political opponent. Alongside Sorosoidi, Genderi is now a favourite way to describe carriers of liberal Western values, foreign agents trying to dismantle what are seen as traditional Bulgarian values.

Ever since plans for the adoption of the Istanbul Convention were dropped by the Bulgarian government due to a popular backlash, media and politicians started liberally using the word as a covertly homophobic and transphobic euphemism for any sort of socially progressive values. "Gender agents in the Bulgarian Academy of Sciences bought for 24,000 dollars", reads a headline in one of the large Bulgarian newspapers, Trud. It refers to a UNESCO-funded grant for the Institute for the Research of Societies and Knowledge which has the benign goal of training teachers how to address topics about gender discrimination in their classes.

Yet the newspaper, which apparently has turned into a nationalist tabloid alongside other major peers like 24 Chasa, saw a conspiracy in teaching children about gender stereotypes. The latter media outlet ran a series of op-eds about the atrocious gender ideology, one of them entitled "Those who fell for the gender are falling from power across Europe", with a subtitle "There is a need for a convention in defence of the white heterosexual man" written by a senior female reporter. Genderi took over the role of the main offensive term used in the on-line forums of KQ's sister outlets, Dnevnik and Capital. "No to gender ideology in schools", said Kornelya Ninova, leader of the Bulgarian Socialist Party in an emotional outburst at a meeting of its decision-making National Council, joining voices of Bulgarian far-right activists.

Boyko Borissov is famous for his fondness of sport, especially football and tennis. He is so infatuated with the 11 vs 11 game that in his early days as a prime minister he was caught watching soccer matches several times during discussions at European Council meetings, including once with German Chancellor Angela Merkel.

Domestically, he has long been known for his close connection to the game and he is even part of the veteran team of Vitosha - Bistritsa, a second-league football club from one of the posh neighborhoods of outer Sofia. Known as the Bistritsa Tigers (Bistrishki Tigri), the team has been the cause of many happy moments for Mr Borissov as well as some less so.

Recently, a video of the Bulgarian PM at a veterans' final went viral, as it saw players of the opposing team seamlessly falling around Mr Borissov while he scored goal after goal. Later, a picture of him being thrown in the air by his teammates prompted many collages on the web.

Sometimes, his passion for football has trounced state affairs. Famously, while protesters surrounded the government headquarters in May to voice their anger over the restart of the Belene Nuclear Power Plant project, Mr Borissov was scoring against the team of Ludogorets - Razgrad. Two years earlier, while the ruling coalition and the opposition were shredding the judicial reform of Justice Minister Hristo Ivanov to bits in parliament, the prime minister was again seen on the pitch instead of backing the long overdue changes, called for in numerous European Commission reports.

But it is not always fun and games. The Tigers have cost Mr Borissov a serious public scandal. In 2013, after a complaint from a member of ultranationalist Ataka party (part of the then Socialist-led cabinet but now backing Mr Borissov's GERB), the Prosecutor's Office launched an investigation into supposed misuse of the government aircraft to carry the Tigers from Sofia to Varna for a friendly game. After the fall of the Socialist-led government, the case was closed, but at the time it was considered an attack against the prime minister.

Definition: Attacking someone for their physical appearance is ungentlemanly, but when their influence equals their size...

In the past five years, the gargantuan shadow of Delyan Peevski, the now infamous Member of Parliament for the Movement of Rights and Freedoms (MRF), has loomed large across Bulgarian politics and its economic affairs. The lawmaker, whose name has become a synonym for Bulgaria's oligarchy, is best known for his short-lived appointment as head of the National Security Agency, DANS, back in 2013. It lasted only one day, sparking the largest nationwide protests since the 1997 anti-Socialist marches.

It also put Mr Peevski's figure in the limelight, making him a victim of Bulgarians' favourite national sport - satirizing the powerful. As Mr Peevski displays a physically formidable body shape, alongside his oversized influence in media, politics and business, one of the descriptions of him that has stuck (alongside "A Successful Man at the age of 33", as he described himself in an interview) is "Korpulenten businessman", or Corpulent businessman.

He has mostly hidden from the public eye in the years following the collapse of the Oresharski government (2013-2014) but his aura - and his actions - remain just as tangible. Although he hasn't set foot in parliament since its inauguration in the spring of 2017, Mr Peevski has introduced a number of controversial legislation proposals, including a media regulation law and a bank insolvency law that hides lobbyist intentions behind concerns about the public good.

Moreover, the media mogul who has formally worked only as a public servant throughout his career has declared an impressive amount of wealth in 2017 - 38 million euro. Yet, the institutions that ought to be interested in how this wealth was accumulated, mainly the Commission for Illegal Assets Forfeiture, do not seem to give a toss. Maybe because of Mr Peevski's corpulent influence.

The boogieman vs traditional values