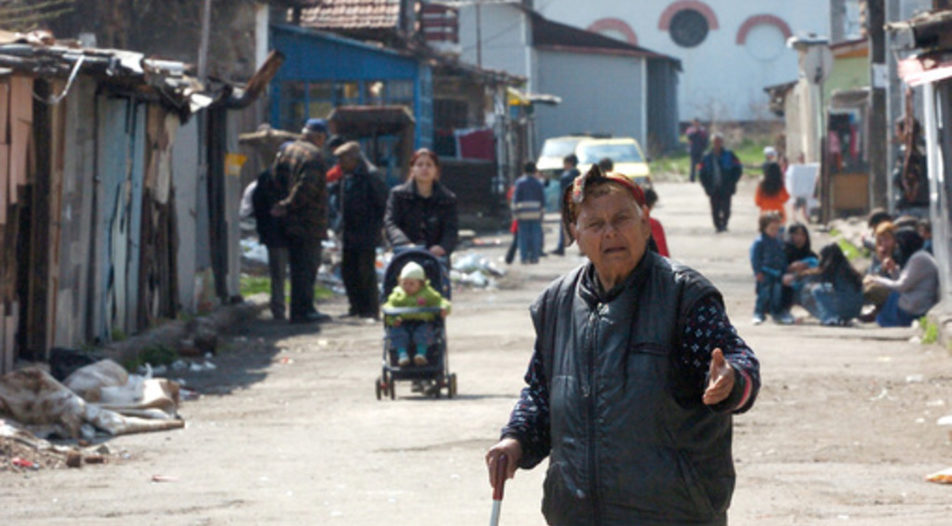 Definition: A phrase that inspires both nostalgia for the "golden" socialist era, and mockery

All generations since the dawn of history (or at least from Socrates' time) have said that the past was far rosier, that the world has gone downhill ever since, politicians have become more corrupt, the economy has declined and that society has gone to the dogs.

The feelings of today's older generation are encapsulated in the phrase - "Po Bai Toshovo Vreme", or "In Bai Tosho's time", with "Bai Tosho" used as a vernacular and affectionate way to describe socialist-era strongman, Todor Zhivkov. Considered a simple man of the people, Mr Zhivkov is a nostalgia figure who inspires many - but not exclusively - elderly socialist voters. Prime Minister Boyko Borissov, nominally a centre-right politician, says he "went to two universities" of life - one during his association with Simeon Saxe-Coburg-Gotha - Bulgaria's last king who was prime minister in 2001-2005, and another while he was a personal bodyguard to Mr Zhivkov.

People nostalgic for the bygone era use the phrase to illustrate the supposed better quality of life under socialism - and to contrast the achievements of yesteryear's leaders with the perceived impotency of current politicians. Hence "They can't even paint what Bai Tosho built" is another popular refrain.

Sadly, there are some good reasons for this view. Despite the recent economic upsurge, inequality in Bulgaria has become rampant over the past three decades of transition to democracy and market economy. Low incomes have driven hundreds of thousands of people to migrate westward. A 2014 survey by Alpha Research revealed only 10% of Bulgarians described the transition as a success, while 50% considered it a failure.

Of course, much of this nostalgia is misplaced and tarnished by a rose-tinted take on Bulgaria's totalitarian past. Mr Zhivkov's reign was marked by economic stagnation, political repression and ethnic strife. Hence the budding internet meme culture has mocked the less-than-enviable features of socialism in Bulgaria by using the same slogan, for example: "In Bai Tosho's time they would have sent you to Belene [a political prison during the communist regime] for this Facebook post."

Definition: When there are no more refugees to hate, just blame the Roma once again

Bulgarian nationalist-populist parties, whether VMRO, Ataka or National Front for the Salvation of Bulgaria (NFSB), thrive on hating minorities and outsiders. And, as the 2014-2016 migration crisis that led several thousand refugees and asylum seekers across Bulgaria on their way to Western Europe came to an end, the nationalist parties, and now repackaged as the United Patriots coalition, are returning to their roots - hating the Roma.

Roma, colloquially called "tsigani" by many politicians, media and private citizens, are scapegoated for many things. They stand accused of, among other sins, ethnic-specific criminal activity ("gypsy crime"), higher birth rates ("women with the instincts of stray dogs", as NFSB leader Valeri Simeonov described Roma women in a Parliament speech) and milking the social benefit system to the detriment of ethnic Bulgarian mothers and pensioners.

This entire process, some doomsday pundits and officials claim, will lead to the annihilation of the ethnic Bulgarian population and the ultimate "tsiganizatsia", or "gypsyfication" of Bulgarian society. "We should put an end to tsiganization, gypsy crime and vagrancy," Defense Minister and VMRO leader Krasimir Karakachanov said in July last year after Roma men attacked members of the police force. In January 2019 his tone escalated after a brawl between two young Roma men and an army serviceman in a village bordering Plovdiv. Said Karakachanov: "Gypsies in Bulgaria have already become exceptionally impudent This cannot go on and the tolerance of Bulgarian society has run out."

Such rhetoric obviously constitutes hate speech and ostensibly attempts to convert anti-Roma prejudice into an official segregation policy. Some legislative measures have been proposed, like the total elimination of social aid for Roma. In election years like 2019 such nasty talk will become even noisier. Unfortunately, now that nationalists are the junior partners of GERB in the coalition government, talk of segregation becomes increasingly part of normal political discourse.

Write it to win a house

"Write an essay ("ese" in Bulgarian) and win a house worth 1.7 million Canadian dollars". This headline published by the largest private TV channel, bTV, on its website and later on its Facebook page, created a huge misunderstanding that morphed into an online avalanche of jokes, memes and woes about the declining educational levels and intellectual abilities of Bulgarians.

It all started a lifestyle report about the Canadian owner of a mansion on a lake in Alberta, Canada. Unable to find a buyer for her property, she chose to arrange an essay competition, assess the entries and selects the most inspired writer to inherit the house.

Hundreds of Bulgarian Facebook users, however, took the title too literally and started writing comments under the post that consisted of only one word - "Ese", hoping this was yet another lottery game where one of the people who wrote the magic word would win the mansion.

It is hard to say when "serious" contributions from those expecting a prize draw ceased to be overtaken by online trolls and jokers adding comments with the word "Ese". But the post quickly went viral and inspired jokes, caricatures and various memes mocking Bulgarians' susceptibility to gambling and get-rich-quick schemes.

Although this joke added to the Bulgarian penchant for self-deprecation in its virtual quorum, it does have a basis. In 2017, a Eurostat survey showed that only 31% of Bulgarians have basic digital skills. According to the international educational ranking of PISA, Bulgaria is in the bottom half of the Reading Comprehension table. This means that many young Bulgarians find it hard to understand written text. And lastly, the country's gambling industry is among the fastest-growing sectors worth close to 160 million euro in 2017. Taking these into account, the "Ese" comments don't look so ridiculous anymore.