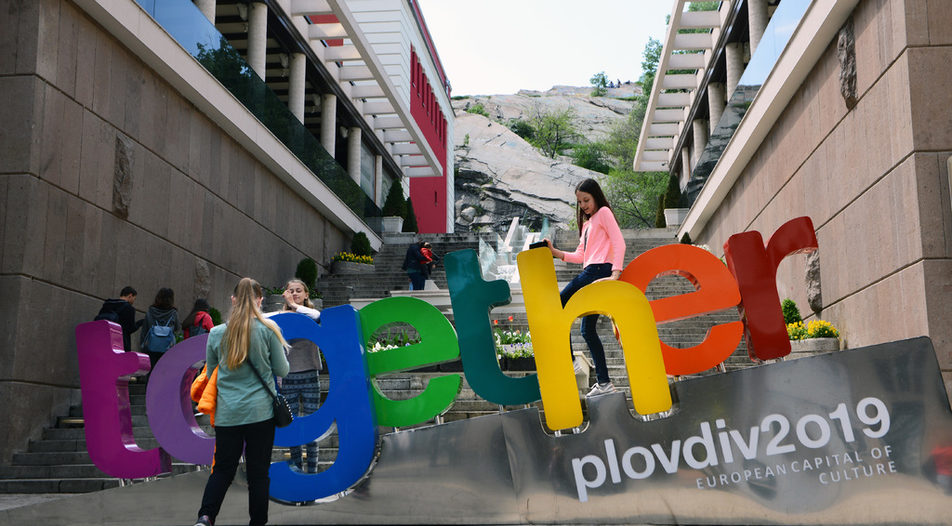 Bulgaria’s second largest city is co-hosting the European capital of culture in 2019. These are some of the program’s highlights

In the upcoming 2019, Plovdiv will become the European capital of culture, alongside the southern Italian stone city Matera. More than 500 events will be taking place over the year, from small community projects and new festivals, through to brand new formats. Add to these the traditionally packed calendar of cultural events of the municipality, and one has several reasons to visit the ancient hilly city - maybe even more than once.

"It is hard to divide the events that will be taking place into genres or types as they will include various forms of art," says Svetlana Kuyumdzhieva, the artistic director of the Plovdiv 2019 Foundation that has put the program together. She adds that culture is much more important to people than they think and that everybody should be able to partake in it.

"We've selected events that are much less elitist and much more accessible to the people who live in the Capital of culture," she adds, explaining that events will take place at both well-known cultural hotspots across the city and alternative locations in neighbourhoods that are not traditionally connected with the term. KQ has selected some of the most intriguing ones for our readers. Yet, do not forget to check out the entire program for other great shows in Plovdiv during 2019.

A spectacle called "We are all Colors" will take place during the long weekend of 11-13 January, as the official ceremony launching Plovdiv - European capital of culture 2019 unfolds. Over 1,500 participants from across the country will take place in the show that will include music, light and dance.

A special exhibition dedicated to the key projects in the program - the Tobacco City, will include archive material - photographs, video, films, literature and works of art of famous Bulgarian authors who have explored the history of Plovdiv through its connection with the tobacco industry.

To commemorate the 30th anniversary since the fall of the Berlin Wall in 1989, Plovdiv will host the only travelling collection of original fragments of the Wall. Contemporary street artists will join their predecessors from the Berlin of the 1980s. In addition, the exhibition will include the screening of over 30 short movies, documentary photographs, guided tours over the Wall, political debates, and concerts as well as opportunities to meet some of the authors.

The Plovdiv 2019 Foundation will present for the first time in Bulgaria the prestigious collection of contemporary art of Deutsche Telekom, focusing on Eastern and Southeastern Europe. Compiled in 2010, the exhibition will be presented at several locations, including the City Art Gallery, some of the Bulgarian Renaissance houses of the Old City and in the Sklad (Warehouse) space. They will show that despite their cultural and national differences, painters communicate through a similar language.

This musical festival aims to convey the message that despite Brexit, Europe remains culturally interconnected. The festival will take place over the weekend and will include a series of concerts of Bulgarian and British musicians who will present the musical scene of England from the 1950s up until the present day - rock 'n roll, progressive rock, punk, jazz, blues and choir renditions of songs will be presented by at least 400 participants. These will include professional musicians, choir formations from Plovdiv, students of jazz, classical music and folklore singing, big band, brass companies from the city, as well as amateur musicians.

Plovdiv is the first European cultural capital to use the Cyrillic alphabet. The main concept of the project is to use this European-wide platform to promote the official integration of Bulgarian Cyrillic fonts, as currently, their Russian versions are mostly in use. This would be accompanied by attempts to change the urban space through workshops dedicated to literature, translation, font design and visual media.

During 2019 two German architects will invite the children of Plovdiv to join them in the construction of Children City, a makeshift camp that will be erected close to the Youth Hill, Plovdiv's highest. There, in the span of three weeks, children will get the chance to proactively take part in the urban planning and establishment of their city under the guidance of professionals. They will use various materials to that end, including wood, recycled construction waste and industrial materials.

During the first days of June, the theatres from the CITI - INTERNATIONAL CENTER FOR TRAVELLING THEATERS network will gather in Plovdiv. Thirteen art companies from Belgium, France, Italy and Switzerland will depart from their home countries on foot, horseback, bicycles or trucks to reach the city where they will create three artistic camps in the districts of Trakiya, Stolipinovo and at the Rowing Channel. On the last day, they will parade the streets of Plovdiv in a farewell carnival.

The huge festival, which has become a trademark of the city during its 33-year existence, is now part of the Cultural capital events and will present premiere titles and projects starring some of the most renowned international artists.

A two-day festival that will host lectures, workshops, demonstrations and screenings and a cosplay contest with a Best Costume prize, all linked to the popular Japanese art form.

Another event that has become a tradition in Plovdiv, this festival has also made a name as one of the top music events in Bulgaria. In 2019, there will be four stages - main stage, alternative rock stage, Drum and Bass after-midnight stage and a heavy metal In the Dark stage. They will host over 50 artists and bands from across Europe and the USA.

The main summertime accent of the program will take place at the beginning of the vocational season and will turn the eyes of Plovdiv natives and guests to the Maritza River - the biggest treasure of the city. Events will include an urban picnic, a parade and lights and sound show.

One of the pivotal cultural projects of Plovdiv is being revived after a year off. It practically opens all the museums and galleries of the city, the workshops of the renowned local painters, the cultural institutions across the city, as well as clubs and open spaces - overnight, giving a chance to hundreds of participants and guests to visit them and see unique performances.

The event, which has inherited the legacy of the decade-long Plovdiv Jazz Nights festival, is bringing some of the most influential artists on the global jazz stage to the city. The main program of these autumn jazz-infused nights will be accompanied by a series of side events, including masterclasses, jam sessions, exhibitions and competitions, including a youth jazz contest.

The largest contemporary dance forum in Bulgaria is joining the European cultural capital program in order to showcase the most important artists in the field of modern dance practices from Europe, Asia and America.

In the upcoming 2019, Plovdiv will become the European capital of culture, alongside the southern Italian stone city Matera. More than 500 events will be taking place over the year, from small community projects and new festivals, through to brand new formats. Add to these the traditionally packed calendar of cultural events of the municipality, and one has several reasons to visit the ancient hilly city - maybe even more than once.

"It is hard to divide the events that will be taking place into genres or types as they will include various forms of art," says Svetlana Kuyumdzhieva, the artistic director of the Plovdiv 2019 Foundation that has put the program together. She adds that culture is much more important to people than they think and that everybody should be able to partake in it.