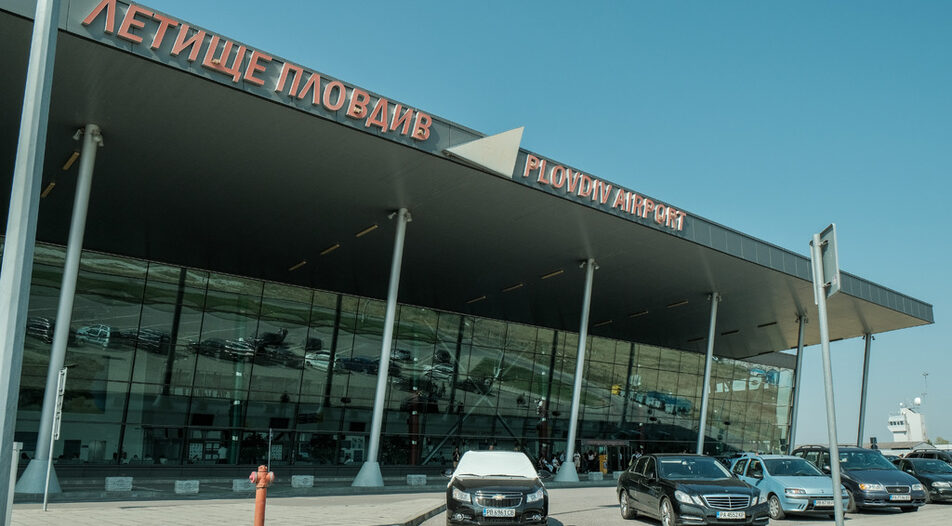 It takes more than a dozen calls, several days of patient research and a good command of Bulgarian for a passenger to be able to make the otherwise short (15 mins) trip between Bulgaria's second city and its airport

With the shuttle service restarting after a six-month hiatus, it now takes 15 minutes to get from the city to the airport - but only if you find the correct information

It takes more than a dozen calls, several days of patient research and a good command of Bulgarian for a passenger to be able to make the otherwise short (15 mins) trip between Bulgaria's second city and its airport

Before we begin, here is all the necessary info for what you will need:

More than 15 calls and at least 1,5 hours of googling. That's the effort required to get any information about how to get from Plovdiv to its airport with the public shuttle service that has re-launched after it stopped running in June. KInsights found this out the hard way after deciding to see how an average tourist could get from Bulgaria's second city to its airport, which is located only 16 km away from the center. Given the growth in passengers this year, this is no small issue.

Before starting, there are two things readers should know in advance: you will have to be persistent in order to get any answer to your calls, and if you aim to find any information on the Internet, you'd need above-average command of Bulgarian. In other words, the short answer to the question "can a foreign tourist safely arrive and leave Plovdiv by air?" is 'no'.

But let's start at the beginning.

Reserving a seat on the shuttle: Easy mode

After the airport's contract for transportation services lapsed in February of this year, in early June the new airport management announced it had hired a new company. Two months after this triumphant news, the logistical situation proved distinctly underwhelming.

KInsights decided to try to enter the shoes of an imaginary passenger flying to London-Luton on August 11 at noon. The logical place for them to start their inquiry is the airport website. The only information available there is the media announcement that the shuttle bus runs 2,5 hours before each flight and departs from Bus Station South. There is no exact timetable available detailing the precise time of departure, the price of the ticket, the name of the carrier or how many seats there are on the shuttle. (Editor's note: on 17.08, shortly after this article was published, the airport's website started showing the ticket price and schedule of the shuttle service.)

The only option for the passenger is to call the flight information phone number on the website. On Monday, 8 August KInsights made a total of 13 calls between 11:52 AM and 2:20 PM. No one answered any of them.

Here your average passenger would likely decide to use the next option: to look for the transport company itself. This is an even harder task for someone Irish, German or British (Editor's note: the regular flights to and from Plovdiv are to these countries). The company is difficult to find even in Bulgarian. After an hour of Google searches, an article by a Plovdiv media was found mentioning the company by name - 'TNS-BG' EOOD. Once the passenger finds the name of the company, they can finally go to its website, where there is indeed a precise schedule of departures from Plovdiv, plus the price of the ticket (10 BGN, one way).

There is, however, no online booking option available. It is also unclear what happens if there are two flights in quick succession and whether the bus waits for the second flight to arrive in order to leave for Plovdiv. Therefore, the only remaining option is to contact a representative of the transport company. Unlike at the airport call center, here KInsights's call was answered instantly. The employee explained that the bus would normally wait for the second flight, but if the two flights arrive more than 20-30 minutes apart from each other, the shuttle would leave and then return again for the second round of arrivals.

The company's website relays the important information that seats are not reserved in advance because there is not much interest in the service. The other key revelation is that the bus only has 16 seats. According to the site, if one bus fills up, a second would be dispatched straight away.

So what about those who don't know Bulgarian? KInsights tried to find out by repeating its attempt to contact the airport's flight information over the following days. On 10 August, around 2:30 PM, a lady finally answers and repeats the media release already available on the airport's website. She doesn't know if there is a timetable, or the name of the transport company carrying out the service. She adds that there is a Facebook page for the organized transport.

After a long Facebook search, KInsights finally discovered the profile of the shuttle bus company. It is called Airport ShuttleBus Plovdiv and was created at the end of July. On it, one could find the uploaded schedule. Separately, there is also an ad for the shuttle on a specialized ads website. This information is available in English, but is well hidden.

KInsights contacted the owner of the company, Nikolay Hristov, but he declined our invitation to comment, specifying that the airport's page is currently being redesigned to link to his firm's page. Until then, he adds, information about the service would pass "through word of mouth".

The Plovdiv Airport Shuttle bus departs at the time specified on the carrier's website. Apart from the KInsights reporter, there are only two other people traveling in it. Everyone has to pay 10 BGN, with receipts issued upon request. There are no stops en route to the airport and it takes about 15 minutes. The terminal is busy - there are two flights arriving and departing within an hour or so - to London and Memmingen. It is only logical that, given that one plane carries 150-170 passengers, and there were literally three people on the bus, the parking lot is crowded.

From the registration numbers of the cars and from the conversations with the people, it would seem that the airport is effectively a meeting point of the whole of Southern Bulgaria - Pazardzhik, Haskovo, Smolyan, Kardjali, Sliven, Stara Zagora, even Veliko Tarnovo. For example, two people came from Kazanlak to welcome their relatives. They are not first time users of the airport, yet no one seems to know that there is organized transport to and from Plovdiv.

A large family of five, traveling from the city with their own car also does not know that there is organized transport. They confide in KInsights that, had they known, they would have used it, especially if the flight is during business hours. An Englishman traveling alone on a tour of the city and region reported that the above steps would be impossible for him to follow and he could not find information on transportation to and from the airport. Therefore, he used a taxi company.

Traveling by taxi costs about 18 BGN, one way. This largely makes taking the shuttle pointless if passengers travel in a group of more than two. This applies to Dimitar Tsonev from Plovdiv, who recently returned home with his father. He found out about the bus from the media, and when he decided to use it, the bus driver did not tell him that it was necessary to buy a ticket. This happened when getting off in Plovdiv, and so Dimitar had to pay 20 BGN for him and his father, instead of paying the same amount for a taxi that could have picked them up from home.

Services are a fraction of this price at other major airports. In Burgas there is a public transport line at a ticket price of 1.5 BGN, in Varna the ticket is only 1 BGN if you buy it through a mobile app and 1.6 BGN from a machine on the bus, while in Sofia there are buses and a subway line reaching the airport at 1.6 BGN per ticket.

Things don't get much better once you reach the departure terminal, where you will usually find an over-long and exceptionally slow-moving baggage check queue. The reason, according to travelers, is that there is only one scanner available at most times.

This is a good moment to mention an exchange between our reporter and the flight information officer. When asked why no one answered the phone for days on end, she admitted that although the working hours are from 6 AM to 10 PM, staff shortfalls mean sometimes there is no one to take over the first shift in the flight information department. "The second shift starts after 2 PM, so you're more likely to get a response then," she conceded.

This is puzzling, as according to the state company's latest annual financial report (for 2021), it had 81 employees. And according to the legal information platform APIS, as of the middle of this year, the number had already increased to 101. It is not clear whether this is enough to serve the number of passengers, which has increased dramatically in a year, from about 40,000 for the entirety of 2021 to 70,000 for the first 4 month of 2022 alone. It is expected that 160,000 people will pass through the airport for the entire 2022, which would be a 4-fold increase.

KInsights tried to speak to the current executive director Krasimir Peshev, but our request was declined. Otherwise, the municipality of Plovdiv told KInsights that a public procurement for the long-awaited municipal transport bus line between the regional city and the airport is expected to be announced imminently.

Before we begin, here is all the necessary info for what you will need:

More than 15 calls and at least 1,5 hours of googling. That's the effort required to get any information about how to get from Plovdiv to its airport with the public shuttle service that has re-launched after it stopped running in June. KInsights found this out the hard way after deciding to see how an average tourist could get from Bulgaria's second city to its airport, which is located only 16 km away from the center. Given the growth in passengers this year, this is no small issue.