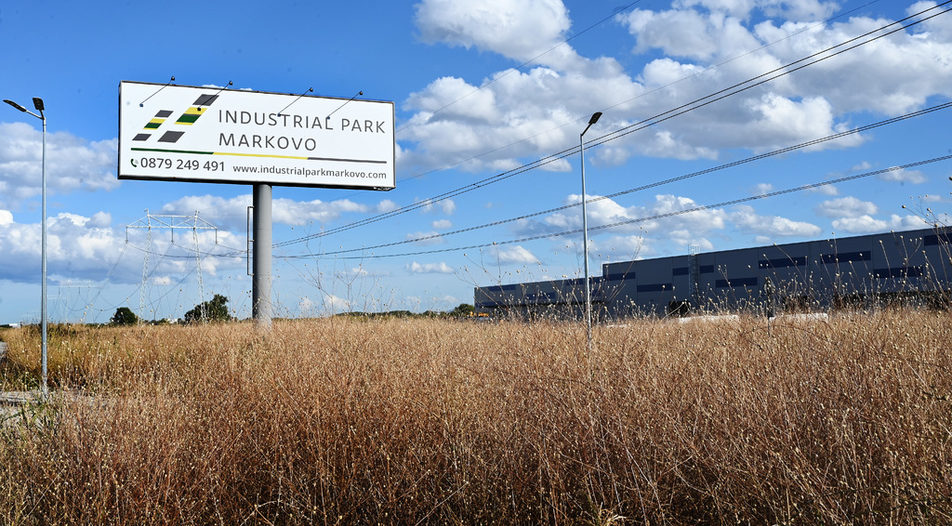 The new map of investments

New industrial zones are opening up near Plovdiv

The new map of investments

New industrial zones are opening up near Plovdiv

When chocolate maker Ferrero built its plant near Plovdiv in 1996, it was an empty field around. It would take several years before the next investor, Liebherr, appeared. Then, step by step, other factories would start to emerge and now there are dozens of production facilities in the industrial zone. That has encouraged people to return and make the vibrant and booming city Plovdiv is today. That is why it is the logical choice of many new investors in Bulgaria.

That trend seems to be here to stay. Businesses' desire to shorten their supply chains and move production from China to Europe, which was strengthened further by the pandemic, will probably give a fresh boost to Plovdiv's industrial expansion. At the same time, Bilgaria's second largest city has capacity for higher-tech specialized activities that can take it to the next level of development.

The chances of crisis The coronavirus crisis has made many multinationals consider shortening their supply chains to avoid possible new risks. The question of nearshoring production was there even before the pandemic, though for other considerations, such as the rising labor costs in China. The suspension of many plants in Europe as a result of disrupted supplies from the Far East in spring, however, made the need for flexibility even more pressing. Though no-one thinks China will lose its position of a global factory - mainly because of the practically unlimited workforce there - many European producers will surely try to at least diversify their suppliers.

That trend is defined by many analysts as a chance for Eastern Europe, Bulgaria included. A recent Coface report enumerated several advantages of in the region that can entice potential investors. These include educated workforce, geographical proximity to Western Europe, low labor costs, relatively good infrastructure and a stable business climate. More or less all those advantages are valid for Bulgaria too. Eurostat data show that Bulgaria has the lowest labor costs of all EU countries, though that is coupled with the lowest productivity. The wider-scale introduction of automation and robotization in production, however, is gradually improving labor efficiency. At any rate such relocation will take time - and the fact that in times of crisis longer-term planning is difficult and investment decisions are not readily taken is just one of the reasons. It should also be noted that Bulgaria has serious competitors in the region willing and ready to host the new plants.

120 million levs (61.3 million euro) is the new loan that Plovdiv is taking to finance capital investments

Within the country, however, there are not so many locations that can compete to attract possible new factories. "The truth is that when an investor comes to a country they have not heard of before and they visit Plovdiv and see the plants of Liebherr, Schneider Electric, Osram and the other big companies that have successfully settled here, they think that this is probably the right place," said Vladimir Giurdzhiev, executive director for Bulgaria, CTP Invest, at the Industry 4.0 annual conference organized by Capital Weekly, Plovdiv Municipality and Trakia Tech, a think-tank and a startup incubation platform.

It is a fact that in recent years Plovdiv has turned into a top-choice Bulgarian location for many production companies. The city is already home to more than 200 plants, and more than half of the region's GDP comes from manufacturing. The main driver of this transformation is Trakia Economic Zone, where the private initiative of Sienit Holding managed to unite the municipalities around Plovdiv into a really working public-private partnership, producing the most successful cluster of industrial parks in the country. The city is actually now at a stage when it can pick its new investors. And that allows it to seek specialization.

"The city's focus of specialization could be higher-tech production," says Trakia Tech chairman Georgi Stoev. He believes Plovdiv should try and attract more R&D centers that do not necessarily have to be connected with the digital sector only - they can well be developers of production technologies or mechatronics. The time is also right, as many West-European technological companies are seeking to move their offices from Asia to Europe.

Besides, Bulgaria can offer very competitive costs. "Plovdiv can make a name of a destination that combines industry and technology. We have a rich spectrum of traditional manufacturing facilities and the multinational companies that develop technological solutions for the industrial sector can find partners here to test and verify them," Stoev added.

The fact that for many years Bulgaria has been preferred as a destination for transfer of manual production now creates opportunities for business, as the plants are being robotized. As home to many of the enterprises, Plovdiv stands a good chance. "We are creating business models that can turn the city into a natural and important factor in nearshoring," Vasil Takev, (position? at ABB Bulgaria, commented at the conference.

Besides the automation of traditional production, the pandemic is likely to catalyze the process of industrial digitalization too. It is near Plovdiv that Schneider Electric's first smart factory in Eastern Europe is located. The city has another example of how traditional industry can take the path of digitalization: lift manufacturer Prolift is now targeting the European market with predictive maintenance solutions. According to the company's owner, Damyan Petrov, Plovdiv is becoming an increasingly interesting place for production of small volumes of high added value products, as it has developed infrastructure and an ecosystem of suppliers.

The entry of many investors in recent years, however, has left Plovdiv with practically no free workforce. The city has also attracted many people from other parts of the country, as well as commuters from neighboring regions. Unlike other places in Bulgaria, the tight labor market has not been substantially affected even by the Covid-19 crisis.

For mass production, a possible solution will come from the wider implementation of automation, which is a trend anyway. At the same time the education system has problems producing enough technical specialists as young people are unwilling to go into manufacturing. The good news is that the digital solutions in industry can help fill the gap, both because they make production much more attractive and because the new generation is much more digitally savvy.

According to Georgi Stoev, Plovdiv's shift to higher-tech activities can easily be supplied with specialists. "Human capital should be viewed as a flow, i.e. how many people will graduate in the next five years. It should also be noted that every year Plovdiv attracts some 7,000 to 8,000 new people - they are either people from other towns and cities or Plovdiv-born people who have studied or worked abroad or in Sofia and who are now coming back," he said. There is a good reason for that, as the wages for specialists in Plovdiv are not lower than those in the capital city. "There are enough people. Employers only need to note that the hiring process can take 6 or 12 months, rather than 3," Stoev added.

Due to its rapid economic development in recent years Plovdiv is practically the only Bulgarian city besides the capital that is growing demographically too. Latest census data show that the municipality of Plovdiv has a population of some 340,000 but mayor Zdravko Dimitrov says the city actually serves more than 500,000 people - and that necessitates building new transport and social infrastructure.

That is the reason why Plovdiv has decided to make a move that is not very popular among Bulgarian municipalities. The municipal council recently approved the borrowing of 120 million levs (61.3 million euro), which will be used to finance some of the projects. The key focus will be the city's transport connections, the expansion of the ring road and the construction of new kindergartens and schools. That is crucial for the future of the city, because job opportunities are not enough to keep the young, to whom good living conditions and environment are an increasingly important factor.

After the development of the industrial zone, Plovdiv stands a chance of becoming a pioneer in another field too - thanks to private initiative again. That comes from the latest project of Milara, a company owned by Bulgarian emigrant to the United States Krasimir Petkov, for production of electric buses. In Petkov's words, the company is working on a concept for use of electric vehicles for last-mile deliveries and Plovdiv can be the first city to demonstrate it.

At any rate the city has taken a clear course to the future with its flourishing manufacturing industry and young people. Plovdiv will probably emerge as a winner from the current crisis: with more new investors seeking a safe harbor for their supplies and with its own capacity to create business.

When chocolate maker Ferrero built its plant near Plovdiv in 1996, it was an empty field around. It would take several years before the next investor, Liebherr, appeared. Then, step by step, other factories would start to emerge and now there are dozens of production facilities in the industrial zone. That has encouraged people to return and make the vibrant and booming city Plovdiv is today. That is why it is the logical choice of many new investors in Bulgaria.

That trend seems to be here to stay. Businesses' desire to shorten their supply chains and move production from China to Europe, which was strengthened further by the pandemic, will probably give a fresh boost to Plovdiv's industrial expansion. At the same time, Bilgaria's second largest city has capacity for higher-tech specialized activities that can take it to the next level of development. 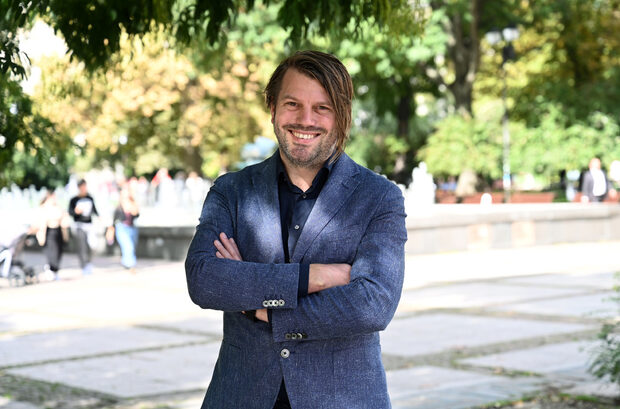