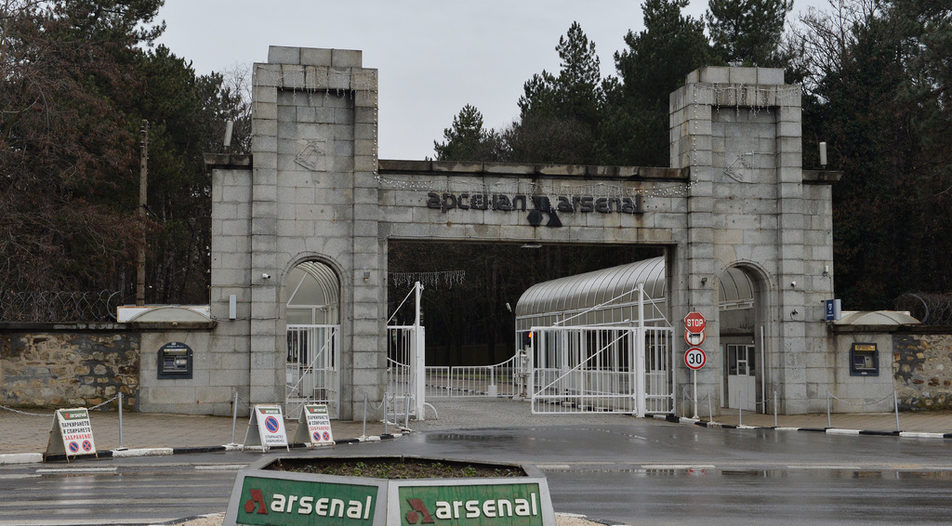 Thanks to its industrial zone, Plovdiv has become a leading example of successful economic development in Bulgaria. However, Plovdiv is very similar to the neighbouring province of Stara Zagora. The two regions in central southern Bulgaria share similar geographic features and infrastructure. Plovdiv is bigger - it's the second-largest province by population in the country after Sofia. But Stara Zagora achieved a higher degree of industrial development during socialism. So it's no surprise that Stara Zagora is envious of Plovdiv's rise to fame in recent years.

However, numbers paint a completely different picture. Between 2007 and 2017 gross value added in Stara Zagora grew by a record-breaking 113%, employment increased by 10 percentage points to 70.1%, whereas unemployment is minimal. The average salary of 1,021 levs in the region is second only to that of the capital. Gross domestic product per capita grew by 8% in 2017, reaching 17,600 levs - also second only to Sofia's 30,300 levs.

In short, Stara Zagora is Bulgaria's champion in terms of growth and should be in the country's top 3 best places to live.

The Energy Heart of Bulgaria

Behind the positive economic data lies Stara Zagora's strong focus on industry, where energy is a leading sector. Also, the region is home to a thriving manufacturing sector with national leaders in sectors like mechanical engineering, food processing and electronics. Moreover, the future Zagore economic zone has the potential to attract even more investors and open new job opportunities.

Over the past decade, Stara Zagora's economy has steadily shifted into higher gear in sectors from services to industry, which increased its share in gross value added by 14 percentage points to 65.6% of the total in 2017, according to data from the National Statistical Institute (NSI). A key growth driver has been the operation of two thermal power plants (TPPs), both majority-owned by U.S.-based investors - ContourGlobal Maritsa East 3 (since 2009) and AES Galabovo (since 2011). Together with state-owned TPPs Maritsa Iztok 2 and Brikel and the biggest coal mining company in the country - Mini Maritsa Iztok, they generated revenues of close to 2.5 billion levs in 2017. Their development also drives other support-related businesses involved in repairs and maintenance of power plants, transport services and catering. The Maritsa Iztok complex employs a total of 30,000 people in energy production, whereas employees in support services are double that.

The energy sector is also the source of the high average salaries in Stara Zagora. While gross remuneration in the province grew by 8.9% on an annual basis in 2017, reaching 1,021 levs per month, monthly wages in the energy sector peaked at 2,298 levs. Mining in Stara Zagora also offers competitive pay for Bulgarian standards - an average of 1,019 levs per month, which puts the province in fourth place in the sector after Sofia City, Sofia Region and Varna.

Yet, energy is not the only growth engine in Stara Zagora.

"The region has a very well developed cluster of companies producing original equipment for the automobile industry. This includes both Bulgarian companies and international groups which produce parts for Volkswagen, Peugeot, Renault and Fiat," states the local branch of the Bulgarian Chamber of Commerce and Industry (BCCI). BCCI chairman Oleg Stoilov provides several examples of leaders in mechanical engineering in the region. They include Progress - an iron casting plant which meets the needs of hydraulic devices manufacturers, and Mr Preskov - a producer of hot forged parts made of carbon and alloyed steel which is pivotal to the development of other machine-building firms.

In Stara Zagora, 45% of the economy is dominated by the manufacturing industry, according to economists from the Sofia-based think-tank Institute for Market Economics (IME). Some of the largest representatives of the sector are Zagorka brewery, automotive sealing systems plant Standard Profil, and poultry producer Gradus-1.

The region has a second industrial centre which seldom gets the attention it deserves. A little over 30 km north of Stara Zagora lies the town of Kazanlak, which is home to the second-largest employer in the country - Arsenal arms plant which employed 10,500 people in 2018. The plant's activity, directly and indirectly, creates jobs for a further 2,000 people in Stara Zagora region. Hydraulic equipment manufacturer M+S Hydraulic, which will invest 9.5 million levs in a new production plant in 2019, and Caproni - a producer of hydraulic components and systems, are also based in Kazanlak.

Stara Zagora now needs a fresh and substantial investment. National statistics show that investment activity is quite moderate in the region. In 2017, the total foreign direct investment in Stara Zagora reached 906 million euro, which translates to about 2,800 euro per capita - significantly lower than the national average of 3,500 euro per capita. However, a large part of that high average comes from Sofia. Without the capital, the national average falls to 1,700 euro. The bad news is that following a peak of 1 billion euro in 2015, the total FDI figure has been decreasing.

"Expenditure on acquisition of tangible fixed assets in the region has been decreasing since 2016 in tandem with the nation-wide trend," according to IME. On the other hand, funding from the EU's operational programs amounted to 1,200 levs per capita by mid-2018, falling short of the national average of 1,500 levs per capita.

The local authorities are hoping that the new Zagore economic zone will bring in a fresh flow of capital but development in the zone is still underway and initial forecasts show that most investors will be from the sector of logistics rather than manufacturing.

Stara Zagora is breaking records in the labour market too. In 2017 employment there grew by 9 percentage points, reaching 70.1% of the population aged 15-64 and exceeding the country's average of 66.9%. Meanwhile, unemployment fell to a record low of 3% - less than half the national average of 6.2% at the end of 2017. The number of unemployed fell to a little over 4,000 people, according to NSI.

The region is a very good example of education meeting the private sector's needs. "The educational structure of the population in large part corresponds to the region's economic profile - high-school graduates have the biggest share, and there are many opportunities for vocational education," says Zornitsa Slavova of IME. She cites the seven vocational high schools in Stara Zagora and two professional ones, in addition to Trakia University (TrU) which focuses on agricultural, medical and technical degrees.

"Business works in close cooperation with the education sector," says Oleg Stoilov of BCCI as well. "Stara Zagora is a leader in terms of implementing dual education systems, which we consider as a good instrument to use in order to create a closer relationship between education and business. Dual education is already being used in six vocational high schools in Stara Zagora," he adds.

Low unemployment is something every city dreams about. But for regions like Stara Zagora, where the need for hundreds, or even thousands, of new employees is expected to become an issue, the problem of where to find them is increasingly urgent.

In municipalities where unemployment is at its highest, the population only has basic level education at best. As is most commonly the case, the one to deal with the issue is also the one most affected - the private sector. For example, Stara Zagora-based Standard Profil Bulgaria optimizes manufacturing processes in order to work with fewer, yet better-paid workers. Others target ethnic minorities. "A large part of companies producing components for the automotive industry already employs large Roma groups, who work well," says Stoilov. "We would like to bring back the Bulgarians working abroad, but that won't happen quickly enough. That's why we don't see the Roma community as a problem, as it is often presented in the media, but rather as a solution," he adds.

With eyes set on long-term prospects, the local BCCI chamber supports the pending opening of an information centre in Chisinau, Moldova, in the hope that it will help to lure back to Bulgaria some of the ex-pats based there.

The past decade has been very good for Stara Zagora. However, the next one now looks very difficult. By 2030 significant changes will be coming to the energy sector in the EU. According to new regulations, Bulgaria can use emission allowances until 2030 but after that, the cost of these charges will be six times higher, making coal-based power generation unprofitable. Moreover, the price of emission quotas has already started to rise, calling into question the survival of Maritsa Iztok.

Which is why early planning will be crucial for the Stara Zagora region in order to cope with the challenge without harming its economic development.

That said, a region with a huge industrial sector, trained workforce and a good energy and infrastructure base has enough options to choose from.

"In 2017, seven regions had higher economic activity compared with Stara Zagora," says Zornitsa Slavova, which shows that further growth in the region is entirely possible

The region of Stara Zagora has several competitive advantages as an investment destination.

One of them is its geographical position - Stara Zagora is situated at the centre of the country, which makes looking for business partners easier. Moreover, the proximity of Trakia highway provides a reliable logistic link to the cities of Burgas, Plovdiv and Sofia, as well as to other countries. The quality of roads in the area received the highest possible mark in IME's 2018 Regional Profiles annual report.

The province is also one of the few economically developed regions in Bulgaria with low local taxes and fees. In addition, large manufacturing plants like Beroe (industrial robots) and Svetlina (lighting fixtures), which already belong to the past, have left a wide range of technical professionals and experts who are now part of the labour force. The business community also maintains a good working relationship with the civil and non-government sectors, and relatively good coordination with local authorities, which contributes to the efficient distribution of resources.

Thanks to its industrial zone, Plovdiv has become a leading example of successful economic development in Bulgaria. However, Plovdiv is very similar to the neighbouring province of Stara Zagora. The two regions in central southern Bulgaria share similar geographic features and infrastructure. Plovdiv is bigger - it's the second-largest province by population in the country after Sofia. But Stara Zagora achieved a higher degree of industrial development during socialism. So it's no surprise that Stara Zagora is envious of Plovdiv's rise to fame in recent years.

However, numbers paint a completely different picture. Between 2007 and 2017 gross value added in Stara Zagora grew by a record-breaking 113%, employment increased by 10 percentage points to 70.1%, whereas unemployment is minimal. The average salary of 1,021 levs in the region is second only to that of the capital. Gross domestic product per capita grew by 8% in 2017, reaching 17,600 levs - also second only to Sofia's 30,300 levs.