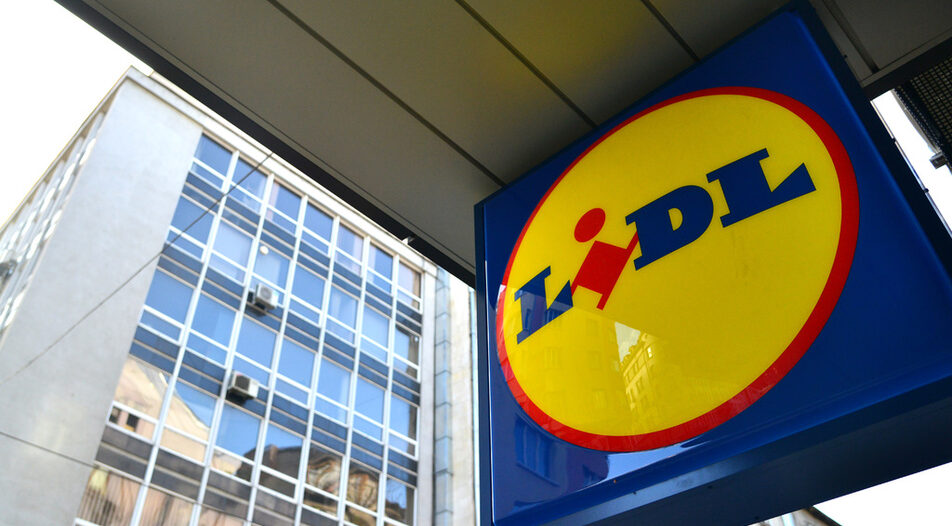 The revenues of the 30 largest retailers are growing with the help of e-commerce.

If there is a sector apart from healthcare that has benefited massively from the pandemic, it is retail. In the year of the pandemic that brought lockdowns, other restrictions and green corridors, the revenues of the 30 largest retailers in Bulgaria increased by 8.2% compared to 2019, reaching BGN 9.4 billion (EUR 4.8 billion.
Advertising

If we exclude the sales abroad, the total turnover is lower - about BGN 9.18 billion, and the average growth - a little over 6%.

In 2019, the increase in revenues of the largest retailers was 10%, which means that they have generally mastered the Covid situation well thanks to online sales and their businesses have suffered no dramatic damage from it.

The pandemic has changed consumer priorities and the top 30 ranking for 2020 clearly shows how. The year was the most successful for DIY traders, whose revenues increased by almost 11%, followed by sporting goods chains with a growth of 7.53%. Stockpiling along with lockdowns and cooking at home helped the 6.7% revenue growth of supermarket chains.

The highest revenue growth (196%) in the ranking for 2020 is Pepco - a Polish discount clothing chain, which opened stores across Bulgaria. It is followed by Jysk - a Danish furniture company selling at affordable prices - with a growth of 145.5%, according to Jysk's financial report. According to Jysk data for Bulgaria the growth is lower (21.7%). In third place in terms of growth - by 74%, is the leader in e-commerce eMag.bg. The company expands its focus and in addition to equipment now offers home and garden goods, furniture and clothing, as a marketplace of other traders and manufacturers. The leader in Do-It-Yourself (DIY) retailers - the Bulgarian chain Praktiker, ended the year with a growth of 18.3%. In supermarkets, double-digit growth was achieved by the discount-oriented retailer Maxima Bulgaria with the T-Market chain (22%) and Lidl Bulgaria (16.45%).

The year brings a drop in revenue for some iconic international brands. Sales of mass fashion icons fall - H&M (-21%) and LC Waikiki (-15.4%), although both chains have developed online stores. IKEA - the symbol of the middle class lifestyle, ends the year with an 11% decline.

The most profitable companies

Jumbo remains the most profitable retailer in Bulgaria in 2020, managing to keep its margin at 20%. For comparison - the average profitability for the top 30 is 3.52. The retailer Praktiker (9.23) and the electronics chain Technopolis (7.73) are also profitable against the general background.

Nearly two thirds (67.33%) of the total revenues in the top 30 come from 12 fast moving consumer goods chains, mostly food. With the largest share (62.6%) are the eight classic supermarket chains, five of which top the rankings. Their combined sales for 2020 increased by 6.7% to BGN 5.89 billion.

Kaufland (1) is a leader in the Bulgarian retail trade for the 11th consecutive year. The company maintains its growth rate from the last two years and ended 2020 with revenues of BGN 1.74 billion, which is 5.5% more than in 2019. Last year, the retailer opened its 60th supermarket in the country.

BILLA (3) saw its revenues decrease slightly to BGN 811 million last year. The staff was reduced by 261 employees. The retailer opened four new sites and renovated ten in 2020. Ten new openings in big cities and new renovations are planned for 2021. In online sales, BILLA is currently looking for a partner, planning to develop its own online trade model in three years' time.

In 2020, Metro's (4) revenues decreased by about 2% to BGN 765.2 million. The profit also shrank by 2% to BGN 17.9 million. For comparison - in the previous two years, revenues increased by 1-3%, mainly due to the expansion of the range of services for the hotel and restaurant sector. However, it was hotels and restaurants that were hit hardest by anti-Covid restrictions on their business last year.

The year was not as strong as usual for supermarket chain Fantastico (5), which is positioned in the higher price segment. Revenues are at BGN 627.7 million, which is an increase of about 5% compared to a growth rate of 9-12% in the last two years. The company's profit is BGN 21.7 million - 23% less than in 2019.

Chains specializing in fast-moving consumer goods, especially those that have no developed online sales, have had a harder time going through the challenges of 2020.

The big winners of 2020 are the Do-It-Yourself (DIY) chains with an average revenue growth of 11% to BGN 448.6 million. The results of all three companies in the sector presented in the ranking are better than compared to 2019.

The sector leader is Praktiker (11) with a revenue growth of 18.3% to BGN 238 million, which is close to the increase of 19.8% from 2019. During the year the chain opened two new stores - in Pazardzhik and Dobrich, and now operates 14 sites in 13 cities. The chain's online sales doubled in 2020, contributing a higher share of turnover. The profit almost doubled - from BGN 12 million to BGN 22 million. The staff increased by 10%.

Furniture retailers have the highest growth for 2020 - 49%, but it is dictated by one player - Jysk (8), whose revenues increased by 145.5% to BGN 313 million. Jysk managed to reduce its loss and increase its staff by almost 18%. The high turnover is probably due to sales from the company's distribution center in Bulgaria, which was opened in September 2019. The goods are delivered to over 230 stores in Greece, Serbia, Bosnia and Herzegovina, Romania.

Sales of the other two companies in the sector declined. In the previous two years, IKEA (19) accelerated its revenue growth from 3% to 5.8%. In 2020, however, a decline of 11% to BGN 106.3 million was registered. Nevertheless, IKEA is expanding its network.

The four chains for black and white appliances have a share of 13.8% of total sales in the top 30 group with almost BGN 1.3 billion. In the year of home learning and working, the sales of the four chains in the sector presented in the ranking increased by only 4.9%, which is at least three percentage points lower compared to the previous year.

The leader Technopolis (6) saw its revenues rise by 5.7% to BGN 613 million, which is an improvement from the previous year, when the growth rate was 2.7%. The company explains that demand has significantly increased in the categories related to working from home and online training - laptops, computers, monitors, peripherals, copying and printing devices, routers and more.

There is an evident stagnation at Zora stores (10) which comes after three straight years of growth of about 20%.

eMag.bg (12) started as an equipment trader, later its portfolio expanded and the online store is now also a marketplace for traders and manufacturers of clothes, products for the home and garden, health and beauty. Emag International is also the largest online retailer in Bulgaria. During the pandemic year 2020, its revenues increased by 74% to BGN 184 million. Its share of total sales in the top 30 is almost 2%. eMag is still operating at a loss, but it has melted to BGN 1.37 million compared to BGN 8.4 million the previous year.

During the pandemic, the clothing trade is moving in different directions - sales of brands such as H&M and LC Waikiki have been hit, but second-hand clothes bought online, such as those offered by Remix, have not suffered as much.

The four companies from the fashion sector represented in the ranking have total revenues for 2020 of BGN 311 million (3.3% share of the top 30). Overall, the segment is growing, although by only 2.95%.

H&M (17) maintains its leading position with a turnover of over BGN 100 million (BGN 108.8 million). H&M has been operating in the Bulgarian market since 2012. Most of its stores are situated in shopping malls and despite the online trade, the pandemic has had its say. In the first three months of 2020 the group's revenue shrank by 47% on an annual comparison basis. The staff was reduced by 49 people, or 9.5%. However, the profit increased by 23% - from BGN 1.87 million to BGN 2.3 million.

The brands of Spain's Inditex in Bulgaria have a similar total turnover - BGN 98.99 million for 2020. They remain outside the ranking, as each of them is a separate company, and the turnover of the largest one - Zara, is BGN 55.34 million (below the line of the top 30). The rest of the revenue comes from Pull & Bear, Massimo Dutti, Bershka, Stradivarius, Oysho and Zara Home.

A similar downward trend is seen at LC Waikiki (29). For two consecutive years, the revenues of LC Waikiki Retail BG increased by 24%, but in 2020 they decreased by 15.4% to BGN 70 million, which however is still above the level of 2018.

The Polish brand Pepco (28) is an undisputed hit in the rankings. In its second year since entering the Bulgarian market, Pepco Bulgaria tripled its sales - from BGN 24.1 million to BGN 71.47 million, an increase of 196%. The company already has a profit of BGN 4.7 million and its staff increased from 178 to 438 people (up 146%).

There are two sporting goods chains in the rankings,with both of them reporting a good 2020, which leads to a rather strong annual revenue growth in the segment - 7.53% to BGN 165.5 million.

At Decathlon (26) sales increased by 8.2% to BGN 84 million. The profit of Decathlon Bulgaria slightly increased, while the number of employees remained almost unchanged compared with 2019.

Sport Depot's policy is to close unprofitable physical stores. In 2020, they opened a site in Via Park Plovdiv, but closed two stores in Burgas and one in Veliko Tarnovo. At least three more are planned to shut down this year, including the store in Park Center Sofia. At the same time, Sport Depot invested in large-format stores - Mega Store on Tsarigradsko Shose Blvd. in Sofia (3,000 square meters), and began building a second similar one in Sofia - on Tsaritsa Yoana Blvd.

If there is a sector apart from healthcare that has benefited massively from the pandemic, it is retail.