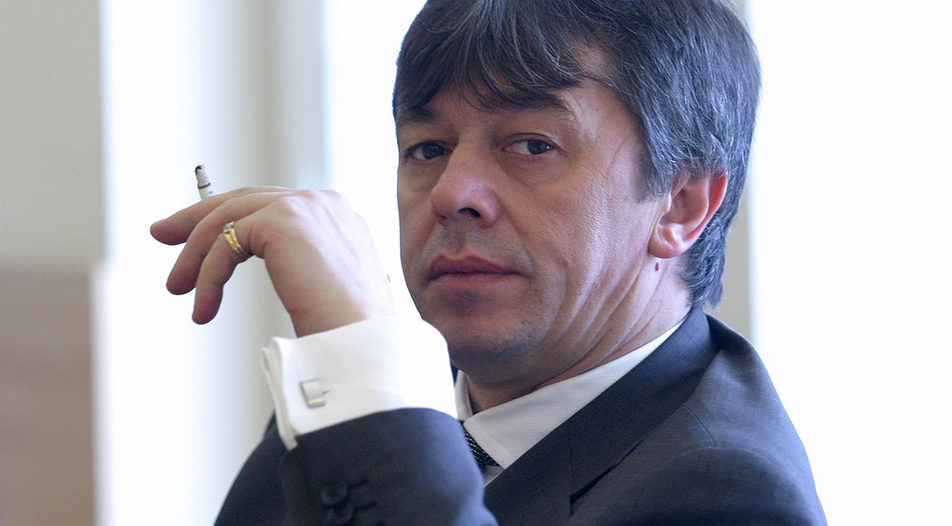 Gifts to The Wolf from Borissov’s third cabinet

Gifts to The Wolf from Borissov’s third cabinet

A concessionaire gets an allowance instead of a penalty, a hotel is speedily being constructed with no documents, and a firm with 150 mln levs in debt is sold for 100 levs

In its final days, Boyko Borissov's third cabinet showed great generosity to the concessionaire of Gorna Oryahovitsa Airport - a company associated with Rumen Gaitanski. The businessman, nicknamed Valka (The Wolf in Bulgarian), gained notoriety at the start of the 2000s with the low quality of public waste management services in Sofia, which his firms Volf- 96 and DITC were in charge of (see more below).

The contract for the concession of the airport in central Bulgaria entered into force in July 2016. The concessionaire promised to invest a little over 32 million levs (16 milllion euro) over the next 35 years in the airport, including 22.4 million levs within the first 4 years. This deadline expired last year, but the investment made so far in the airport equals just 5.6 million levs, according to the Ministry of Transport.

Instead of revoking the concession due to non-fulfillment, the government led by Boyko Borisov decided at its last meeting before stepping down to extend the deadline for the investment of the funds in question by a further 4 years with no prior announcement. Moreover, some of the major improvements such as the extension of the runway initially agreed upon are now considered inexpedient.

The Wolf received other gifts in the last few months too. In addition to the airport concession, a firm associated with The Wolf changed ownership for 100 levs despite carrying a 150 million levs loan from state-owned Bulgarian Development Bank , and Gaitanski was allowed to continue speedily building a huge hotel without construction documents in the protected forest of the Iskar hunting farm, near the Iskar dam supplying water to Sofia, with no repercussions from the authorities.

The joint venture Civil Airport Gorna Oryahovitsa 2016 was the sole candidate and thus the winner of the tender for awarding concession for the operation of Gorna Oryahovitsa airport during the tenure of Borissov's second cabinet in 2016. The airport is located near Veliko Tarnovo, in the central part of Northern Bulgaria. The airport has practically no activity - in 2019, the concessionaire's revenue was 80,000 levs and it had zero employees.

The joint enterprise comprises two entities, with Crystal Water, a firm associated with Rumen Gaitanskiholding a 95% stake. The company was involved in projects for water supply and sewerage networks and water treatment. Unsurprisingly, the terms of the tender required applicants to have a minimum of 5 years of experience in the management and operation of an international airport, and technical equipment and technicians to serve it.

To surmount this hurdle, the Ministry of Transport stepped in through the state-owned operator Gorna Oryahovitsa Airport holding a 5% stake in the joint venture. This created a weird precedent in Bulgaria, giving the green light to any company with zero experience to apply and win tenders. It is important to mention that the reason a concession was sought after was to find better management and know-how for the unprofitable airport.

Now, after failing to meet its obligations for the first 4 years, the firm will be getting an allowance of an extra 4 with no penalty. The explanation for the delay in the investment program was, of course, Covid-19 and its impact on air traffic. Strange, but the fact that the concessionaire was granted the right to run the airport long before the pandemic seems irrelevant. Moreover, the development plans involve cargo flights, not passenger transport.

A den in the state forest

The story begins in August 2020 when the Green Movement co-chairman Vladislav Panev signaled that a firm of Gaitanski - Bio Mining, is constructing a huge building on the grounds of the Iskar State Gamegrowing Station, a protected area near the dam of the same name. Bio Mining signed a contract for game conservation in Iskar in mid-2016 but it remains unclear what activities that role has entailed in the past few years.

The reinforced concrete structure with three buildings of over 1400 sqm and a height of 11 meters at its highest point was photographed with a drone by Panev. Access to it is obstructed. So far, the inspections undertaken by state institutions have shown that the necessary construction documents are missing, meaning that the building has no legal grounds to exist. However, its demolition has yet to happen. Moreover, construction has accelerated during the pandemic.

In October, Bio Mining and the state enterprise managing forest areas in the region objected to the claims that the building is illegal, saying that it wasn't a new structure and works represented a remodeling of an old workshop. They also claimed that Pancharevo District (the one the area falls under) had received the conceptual design for the building.

Google images show that before the start of construction that area was a bare meadow.

The case was supposed to end up in Sofia Municipality's custody. However, Pancharevo District decided to conduct its own investigation before forwarding the case. As of March 2021, the legal basis for the building's existence has still not been found. Following questions from journalists sent on March 9 of this year, it became clear that, coincidentally, on that same day the Pancharevo District sent the file of the case over to Sofia Municipality. Now the ball is in Sofia mayor Yordanka Fandakova's court.

But after all that, the mansion is still there, and now has walls, windows, thermal insulation, and decorative cladding.

In June 2019, the Bulgarian Development Bank granted a 148.5 million levs loan to Roadway Construction, a firm established half a year earlier that had no activity and no property to its name for collateral. The company was granted the money for the purchase of Road Construction Engineering, a company owned by Bio Mining, for 165 million levs. Neither the turnover nor the assets of the acquired firm justify the price. On the other hand, in 2019 Gaitanski's Bio Mining reported revenue of 165 million levs and profit of 143 million levs.

In 2021, the ownership of Roadway Construction was transferred from local individual Georgi Yordanov to lawyer Ivan Emilov Georgiev for the sum of 100 levs. The company has 174 million levs in assets (mostly the value of recently purchased Road Construction Engineering), 150 million levs in debt to the BDB, and 14.6 million levs in equity. The company finished 2019 at a loss of 3.5 million levs caused by financial costs in servicing the credit. Considering it has about 9 million levs in cash, the firm can cover the costs for several years running, but what comes after is a mystery.

The real problem is that Road Construction Engineering cannot hope to pay back the money with its meager 14.6 million levs in revenue and 222,000 levs in profits for 2019. In reality, the money has already gone to Rumen Gaitanski and the bank is unlikely to ever get it back.

Who is The Wolf?

For many years, Rumen Gaitanski has been a monopolist in municipal waste management Sofia in with his companies Volf 96, DITC, and Chistota Sofia. During this time, The Wolf became one of the richest people in Bulgaria - evident from the constant renewal of his fleet of luxury vehicles which included a Maybach, a Mercedes McLaren SLR with a Formula 1 engine, a Bugatti Veyron. Gaitanski has never spoken to journalists but people close to him say that his luxury car fleet is a result of successful businesses in Germany, rather than an inflow of millions of levs coming from Bulgarian taxpayers.

"Remove The Wolf" was the main slogan in Borissov's successful mayoral re-election campaign in 2007 (Gaitanski transferred the waste management companies to the British investment fund Equest Investments Bulgaria), and to a large extent in the 2009 parliamentary vote won by Borissov's GERB party. With the coming to power of the first Borissov cabinet, Gaitanski's name and sonorous nickname seemed to have disappeared. However, it later turned out that he has never left the business. One of the firms in charge of Sofia waste management today, Green Partners BKS, is proven to be linked to Gaitanski.

In its final days, Boyko Borissov's third cabinet showed great generosity to the concessionaire of Gorna Oryahovitsa Airport - a company associated with Rumen Gaitanski. The businessman, nicknamed Valka (The Wolf in Bulgarian), gained notoriety at the start of the 2000s with the low quality of public waste management services in Sofia, which his firms Volf- 96 and DITC were in charge of (see more below).

The contract for the concession of the airport in central Bulgaria entered into force in July 2016. The concessionaire promised to invest a little over 32 million levs (16 milllion euro) over the next 35 years in the airport, including 22.4 million levs within the first 4 years. This deadline expired last year, but the investment made so far in the airport equals just 5.6 million levs, according to the Ministry of Transport.