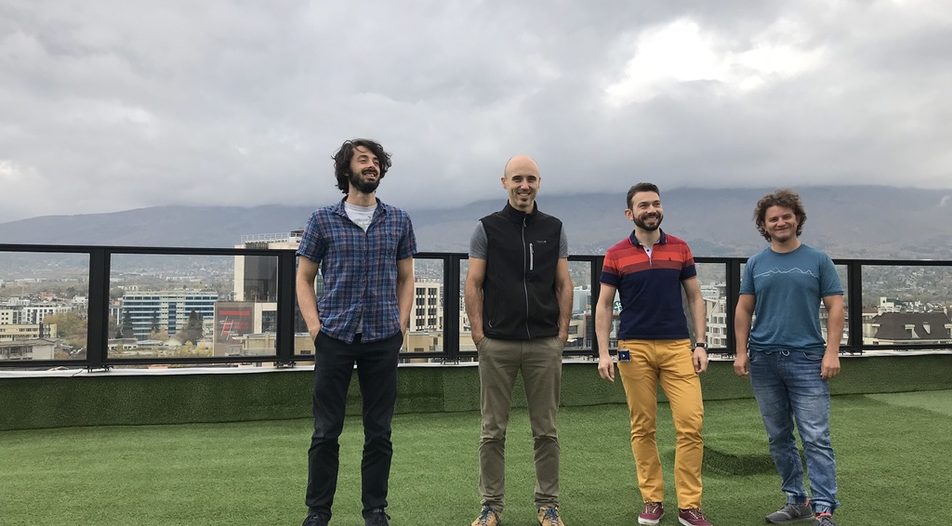 American diagnostics startup Halo Dx raised 19 million dollars in a funding round led by Zola Global Investors. The young company has a two-fold connection to Bulgaria. Firstly, the engineering team of 18 people is based in Sofia, and the team is bound to grow with the newly raised resources. Secondly, an investor in Halo Dx is the American early-stage fund Zorian Capital where Bulgarian national Angel Kelchev is a partner.

Founded in 2019, Halo Dx has acquired 7 radiology clinics in the US and is partnering with another 27. The aim is to gather large amounts of patient data and to have access to some of the best specialists in radiology. Then, through machine learning and data processing the team wants to aid early detection of various health conditions.

Currently, Halo Dx is focused on the detection and treatment of prostate and breast cancer, neurodegenerative and cardiovascular diseases. In the long run, Halo Dx aims to develop a cloud platform for managing chains of radiology clinics and transferring large volumes of data.

CTO Aram Compo - a former VMware employee who's worked with Bulgarian engineers, was the driving force behind the decision to base the Halo Dx engineering office in Bulgaria. In the long term, Halo Dx is planning for the team to exceed 100 people, according to Sofia team's engineering manager Nikolay Stoitsev. The team's focus is the development of the cloud platform. "The functionality covers the whole process - from submitting a request for a photo by a doctor to receiving a radiological report," Sofia SIte Lead Alexander Kolev told Capital Weekly.

The e-Commerce marketing platform Yotpo, which bought Bulgarian SMS marketing and automation application for Shopify SMSBump in 2020, is now a "unicorn" company - a business valued at 1 billion dollars or more, after announcing it has received funding worth 230 million dollars.

The American company has over 400 employees globally and offices in New York, Boston, London, Tel Aviv, and Bulgaria. Yotpo has more than 8,000 clients, including major brands such as GoPro and fashion Helly Hansen, Patagonia, and Billabong. Founded in 2011, Yotpo has gone through a series of funding rounds which have allowed the company to grow steadily over the years.

Yotpo acquired SMSBump, launched by Mihail Stoychev and Georgi Petrov in 2017, for 37 million dollars. The Bulgarian-made product turned into the fastest-growing item in Yotpo's portfolio in 2020 with 170% revenue growth. Moreover, SMSBump's office in Sofia became Yotpo's R&D center. In its three-year independent existence, SMSBump raised a total of 375,000 euro from a business angel and local VC fund Eleven for a 5.7% stake in the company. In 2019, SMSBump's revenue reached 7.9 million levs (4 million euro). Now, the company is the first in Bulgarian history to be a part of a unicorn startup. A part of Yotpo's latest achievement will be used to double the Sofia-based team, currently employing 40 people.

Bulgarian startup MYX developing "digital twins'' - digital representations of real-life physical objects that allow management and data collection, has raised 350,000 euro in the form of convertible debt. Local venture capital fund NV3 (the third NEVEQ fund) backed the young company with 150,000 euro, and the remaining 200,000 euro came from private investors. The money will mostly be used to expand the team and implement R&D on pilot projects. The company also says that it is working to develop its technology for one of the three telecom operators in Bulgaria without specifying which (A1, Telenor, or BTC).

MYX works mainly in the telecom sector, making digital duplicates of telecommunication cells. The company combines data from a variety of sources - satellites, piloted and non-piloted drones, mobile videos, and photos - to create 3D virtual representation of the objects. Then, those copies can be analyzed and tracked by gathering useful information on them like signal propagation, angle of the antennas, tracking broken parts, rust monitoring, etc. The technology can also be used to create duplicates of vehicles, buildings, cities, etc. "We are currently working hard in two other key industries, and we also hope to have our first UK customer soon," Dean Bezlov, MYX sales director, told Capital Weekly.

"Digital duplicates, together with our advanced AI algorithms allow easier execution of various types of tasks and analyses. The solution is extremely successful, and in some activities such as preventive maintenance, we can achieve up to 80% better cost-effectiveness than current solutions and up to 90% time saved. For example, the inspection of telecom infrastructure is a time-consuming and often dangerous task for a whole team of engineers, which takes an average of 2-3 hours per installation. For comparison, the data on our digital duplicate can be gathered in about 30 minutes, and subsequent analyses with AI are generated completely automatically," says Bezlov.

American diagnostics startup Halo Dx raised 19 million dollars in a funding round led by Zola Global Investors. The young company has a two-fold connection to Bulgaria. Firstly, the engineering team of 18 people is based in Sofia, and the team is bound to grow with the newly raised resources. Secondly, an investor in Halo Dx is the American early-stage fund Zorian Capital where Bulgarian national Angel Kelchev is a partner.