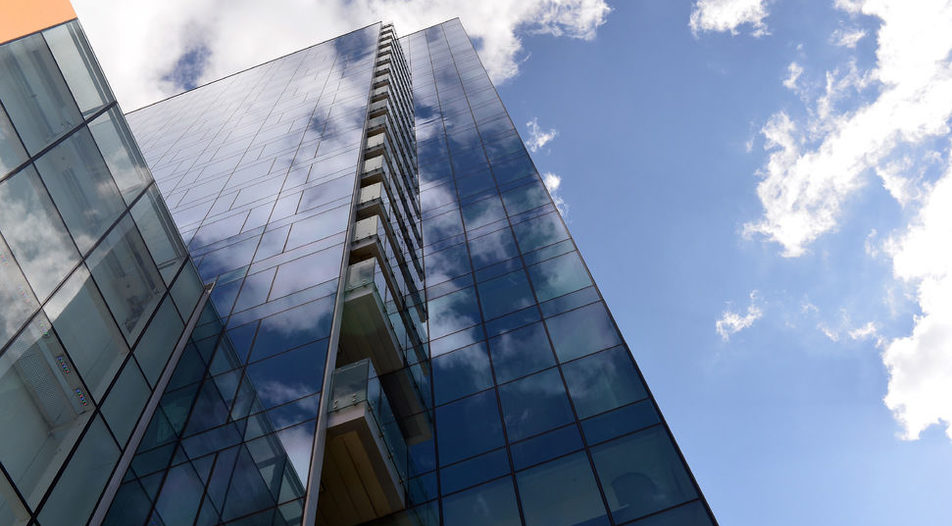 Few, small and local: last year marked another weak season for mergers and acquisitions (M&A) in Bulgaria. Pandemic aside, the tendency for new large Western investors to look past the Bulgarian market has been deepening for years.

The crisis ceased business activity while the full scale of the ramifications of the pandemic comes to light. The big deals of 2020 - the concession of Sofia Airport and the sale of the Czech group CEZ's Bulgarian business, dragged on from 2019 and were both messy and full of political pressure.

The big ones: airport, energy, and telecommunications

According to Kapital Weekly's annual list, there were around 40 deals in 2929 - half the number of the previous year. The more significant ones can be counted on one hand.

After a series of attempts to move things along with the concession of Sofia Airport, the government finally chose the winner of the tender: in the next 35 years, the international airport in the Bulgarian capital will be managed by a tie-up including Paris-based Meridiam investment firm and Austrian construction company Strabag. Their consortium SOF Connect made the lowest investment offer in the bidding process and the third-largest concession payment. Applicants with more generous offers inexplicably received very low technical grades. Thus, the state was about to receive an initial payment of 280 million euro plus 24.5 million euro annually for the length of the concession. Yet, in the past month it emerged that because of COVID-19 the concession payments for the first 10 years might be postponed. In the next 35 years, SOF Connect will invest 608 million euro in the renovation of Sofia Airport's two existing terminals, the construction of a third, and the subsequent demolition of Terminal 1 and its replacement by a cargo terminal, parking lots and a hotel, at some point. The entry of the private operator is expected this spring, or by the middle of the year at the latest.

Another surprising decision of the authorities was the biggest change in ownership of local assets. In late October the Commission for Protection of Competition (CPC) decided that insurance group Eurohold Bulgaria can buy CEZ's Bulgarian operations. CPC rejected the deal only a year prior to that. Eurohold will pay 335 million euro for CEZ Electro, CEZ Trade, and CEZ Distribution. The Czech company owns the largest energy group in Bulgaria supplying electricity to over 2 million end-users, including households and companies. Despite the green light from the CPC, the acquisition has stalled in the Energy and Water Regulatory Commission (EWRC) with no deadline for closing and no clear criteria in sight for the institution's sign-off.

The third biggest deal in 2020 crystallized in December when news came that Domuschiev brothers Kiril and Georgi were selling Nova Broadcasting Group (of which one of three national TV stations, Nova TV, is part), a little over a year after they bought it. The new owner is Dutch-based United Group, majority-owned by London-based fund BC Partners. United Group acquired Bulgaria's biggest telecommunications company, BTC, just a few months prior. The group, founded by Serbian businessman Dragan Solak in 2000 as a small cable TV operator, has been actively buying assets in the region in recent months. Its deals in Bulgaria in December also included the acquisition of MRF MP Delyan Peevski's newspapers Telegraf, Monitor, Politika, Meridian Match, and Borba. This transaction and the deal for Nova TV are both awaiting the approval of the CPC, which is guaranteed, because the anti-trust body has proven to act with ease and speed in transactions involving Peevski and the Domuschiev brothers - two of the biggest power-brokers in the country.

Among the big acquisitions of the year there is another deal in the electricity sector: Vienna-based Enery Development, backed by a relatively large global player in the renewable energy sector in the face of RP Global, acquired the largest solar park in Bulgaria. The facility in Karadzhalovo, near Parvomay, Plovdiv Region, has an installed capacity of 60.4 megawatts. Enery plans to build the largest solar power plant in Central and Eastern Europe near Haskovo in southern Bulgaria, with a total capacity of 400 megawatts - a project worth an estimated 500 million levs (256 million euro).

The capital increase of First Investment Bank (Fibank) can also be counted among the larger acquisitions in terms of value. In 2019, after a comprehensive assessment of six Bulgarian lenders, the European Central Bank (ECB) uncovered a 263 million levs capital shortfall in Fibank. That hole was filled with 200 million levs by the state through the Bulgarian Development Bank (BDB), and Karel Komarek, one of the wealthiest businessmen in the Czech Republic. For around 140 million levs, the government became owner of 18.7% of Fibank's capital. Karel Komarek took a 7.87% stake in Fibank through his family's Valea Foundation.

The buildings of the mall in Varna were bought by insurance company DZI from construction company Hydrostroy for 31.5 million levs. A few months before the deal, Belgian financial group KBC which owns DZI and United Bulgarian Bank (UBB) leased space and opened a shared services center there. Mall Veliko Tarnovo became part of Greek businessman Prodromos Mavropoulos's portfolio. The price was not announced but according to independent sources, the valuation of the building is in the range of 11-12 million euro.

Sofia retail park Jumbo Plaza also has a new owner - the company of Tencho Shikov, the majority shareholder in the pharmaceutical company Rompharm which is the largest owner of agricultural land in Bulgaria. The value of the deal has not been announced.

At the end of the year, two emblematic office buildings in the center of Sofia also changed ownership. The former headquarters of DZI was acquired by Hydrostroy for 10.85 million euro. Nearby, the central office of BNP Paribas became property of state-owned BDB which paid 11 million euro for the building.

In the hotel segment - one of the most active on the market in 2019, there was only one shift in 2020. Malta-registered Sofia Star, part of UK-based Meridian Leisure Hotels, agreed on the sale of Sofia-based Holiday Inn to a company of the founders of Bulgarian white goods and household electronics retailer Technopolis, Bozhidar Kolev and Todor Belchev.

Large plots of land for the construction of logistics facilities around Sofia were acquired by Dutch-Czech company STR and the Bulgarian owners of Sofia East Industrial Park.

The largest transaction in the food sector in Bulgaria for the year took place as a result of a change in ownership between foreign entities. Luxembourg-based equity fund CVC Capital Partners made an offer to buy Greek food company Vivartia Holdings, whose portfolio includes Bulgarian United Dairy Company (OMC). Vivartia bought the Plovdiv-based dairy producer in 2007 for 18.7 million euro. CVC now estimates the Greek holding's value at 600 million euro. If the proportion of the Bulgarian business is taken into account, estimates for OMC's valuation would be between 35 and 42 million euro.

Two of the deals in food manufacturing in 2020 were related to Delyan Peevski. The former Blagoevgrad BT cigarette maker owned by Peevski sold dairy producer Lacrima Lodis Invest to Muhanned al-Nuaimi, the owner of arms dealer Apollo Engineering. A management company close to Eurohold sold mineral water bottler Kom to Express Logistics and Distribution, a company also associated with Peevski. The MP also participated in one of the smaller property deals of 2020, in which he bought for 2.9 million levs the sanatorium for lung diseases in Vladaya near Sofia plus nearly 9 hectares of land around it from the heirs of the founder of the sanatorium, Dr Lyubomir Hadzhiivanov.

One of the fastest-growing agricultural companies in Bulgaria, the Varna-based trader and processor of peeled sunflower seeds Magic Flame, will acquire a company in the sunflower oil market - Dobrich-based Class Oil.

Traditionally, tech is among the active sectors in terms of mergers and acquisitions. Moreover, the sector was of particular interest last year in light of the pandemic. "The reorientation of a large part of trade and businesses in the online space has led to an almost forceful digitalization for many companies. This explains the continuing interest in IT/software companies by investors, for whom the positive trends appear to be more lasting than initially expected," said Dimitar Uzunov, director at Bulgarian consultancy Entrea Capital.

Technology is also the segment where, in recent years, a large part of the new international strategic investors in the country has been concentrated, however few they may be. In the third-largest deal for a Bulgarian software company (after Telerik and Dynamo Software), US-headquartered Yotpo paid over $37 million for the marketing platform SMSBump. The deal is also the largest acquisition of a startup in which a Bulgarian venture capital fund has invested - the second Eleven fund had a stake in the company.

Leading hosting provider Superhosting.BG also has new, foreign owners - European technology group Team.Blue, and cloud developer DataStork. The Bulgarian nanosatellite company EnduroSat attracted the German fund Freigeist as an investor, which brought in over 1 million euro in fresh capital. The NV3 fund, the third fund of the NEVEQ team, and the Sportal media group made equity investments in the e-commerce platform CloudCart founded by the Iliev brothers Nikolay and Petar.

Forecasts for 2021 are still difficult to make because of the ongoing coronavirus crisis. Assets offered by owners in financial difficulty are likely to emerge in sectors like hotel accomodation, office space, tourism, and entertainment. Unfortunately, a strong inflow of foreign investors is unlikely to happen in a year of parliamentary and presidential elections.

Few, small and local: last year marked another weak season for mergers and acquisitions (M&A) in Bulgaria. Pandemic aside, the tendency for new large Western investors to look past the Bulgarian market has been deepening for years.

The crisis ceased business activity while the full scale of the ramifications of the pandemic comes to light. The big deals of 2020 - the concession of Sofia Airport and the sale of the Czech group CEZ's Bulgarian business, dragged on from 2019 and were both messy and full of political pressure.