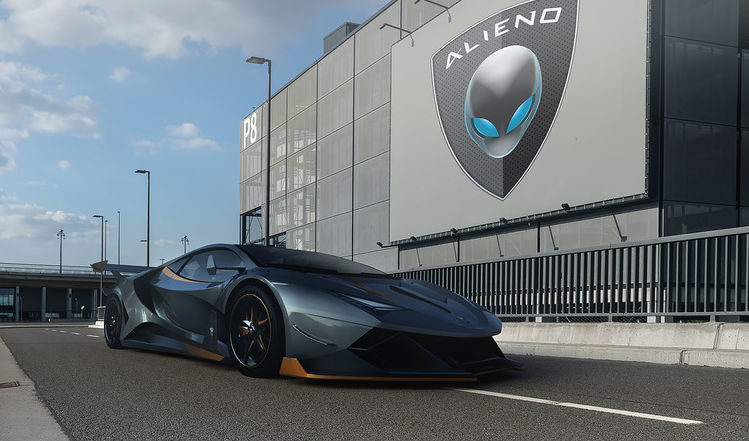 Alieno project promises a 5,000-horsepower prototype by the end of 2021

The Alieno project was launched in 2015 and has been following the typical path of a start-up: a flashy idea, doing the tours with VCs, and looking for enough capital to get to your first working prototype. Merchev himself has funded the impressive start and obviously has put his money where his mouth is: the project has cost him several million euro thus far.

Little is known about the 36-year-old in the media besides the fact that he graduated from Sofia Technical University and has been involved in electronics and robotics since he was 18. The money he has been investing in Alieno came from "his other successful businesses", according to information published on the website of the Alieno project.

Ahmed Merchev is associated with four companies in Bulgaria, according to Commercial Register data. Alieno and Ednoro, both established in 2015, have the development of electric vehicles listed among their activities.

Another company is Blisstool, which produces hobby metal detectors.

And then, there is Kibertron - a company established in 2002 with the grand idea of building a humanoid robot. The company slowly fizzled out of existence. Now it's listed as inactive in the Commercial Register, with no prototype in sight. Its website seems to have been taken down in 2020. According to the Internet Archive, the firm had participated in several big conferences in the years following its establishment. In April 2007, it started planning a "building for Kibertron Laboratories, which should accommodate in the future the research laboratories and the pilot production of the subsystems of the Kibertron robot, as well as the integration of its first prototype". Since then, press releases had been only published annually on the anniversary of the company, and even those ceased in 2012.

Back to the future

The idea for the Alieno came from Ahmed Merchev's own desire to buy a sports car. He never found one on the market that would meet his needs and decided to build it himself. According to Merchev, he already had ready-made technologies for electric motors, autonomous power supply, batteries, and decided to use them in his new project. He and his main team of 7-8 people are currently in the process of preparing for production.

The company has the idea to build four models of the Alieno Arcanum - from the 2,610-horsepower RP2 (Raw Power 2) to the RP5, which is set to have 5,221 horses under its hood and a top speed of over 488 km/h. A car like this would need to have innovation on all fronts, Merchev told Capital Weekly.

According to the design concept, the batteries are lithium-polymer type with added graphite nanocomponents, the electric motors are axial three-phase with powerful permanent magnets. Another innovation is the active aerodynamics of the car, which uses robotic valves that direct the air jets at all times so that the car can maintain stability at high speeds and when turning. The chassis will be made of Kevlar and carbon fibers which reduces the weight by 200 kg compared to metal structure. The electronics and software that control the battery are based on Merchev's designs in the field of artificial intelligence.

"In general, the car has an alien inside, as we call it - intelligent software with AI that controls all systems. We use predictive algorithms to make it as safe as possible regardless of the external circumstances and environment. The car makes its own diagnostics, updates the software via the Internet. There are many sensors and video cameras," the founder explains.

How far along is it?

Although it seems the company is already accepting orders for the future supercar, the only things the public has seen of the project are impressive design renderings and photos of the machines meant to build the vehicle one day. The annual capacity would be about 10 cars, and there are already inquiries from potential buyers waiting to see the prototype. According to Merchev's plans, the production facilities should be installed and ready by the end of 2021, after which the production will gradually begin.

Ahmed Merchev emphasizes that Alieno is a long-term project that is just beginning. "The company requires huge investments, but we are making progress. By the end of [2021], we should start the initial production," added the 36-year-old entrepreneur.

Marchev points out that his current venture has nine or ten smaller investors, including his colleagues and outside angel investors. Among them are Georgi Sidjimkov and the co-founder of Chaos Group software company Petar Mitev - both famous in Bulgarian business circles.

"I invested in Alieno because I was convinced that Ahmed had the necessary technical and managerial skills to realize his project for a stylish and futuristic electric hypercar. The extremely high quality of production that Ahmed demonstrated to me, as well as his honesty and entrepreneurial spirit also positively affected my decision," Sidjimkov told Capital Weekly.

Impressive dream aside, at the moment Alieno is little more than beautifully rendered pictures of a futuristic car. Some investors have already taken interest in the project but Merchev will need more to reach the prototype stage.