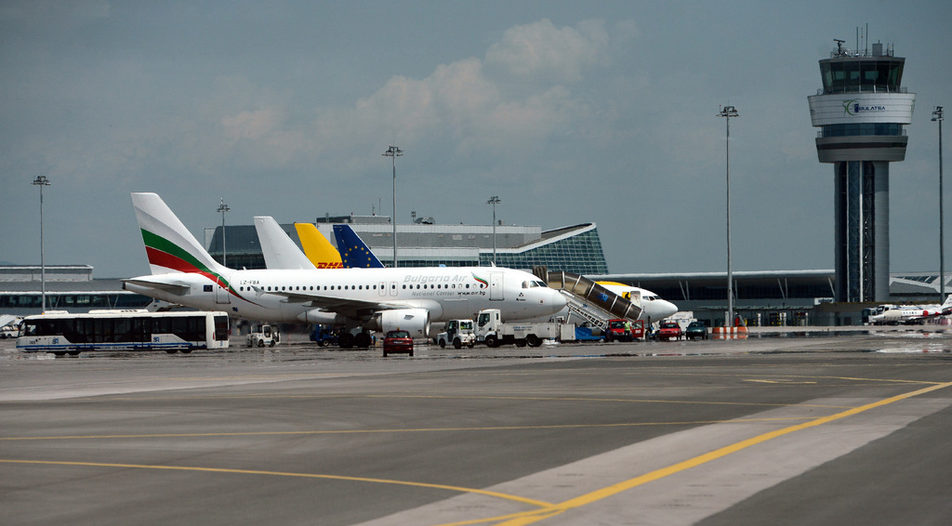 Is Sofia about to lose some of its air connections

Is Sofia about to lose some of its air connections

Shortly before the start of its concession contract, state-owned Sofia Airport unveiled a plan to drastically raise its fees. Complaints from the biggest airlines using the airport put the plan on hold until after the general election expected in March.

Whenever Sofia emerges from the pandemic, it might find itself a little bit more isolated than before. Turns out that Sofia Airport wants to increase its fees significantly in 2021, according to an executive order signed by CEO Vladimir Rapondzhiev on October 30. He informed airlines landing at the Bulgarian capital's only airport that the passenger fee will rise by a staggering 60%, the security fee by 94.6% and the noise fee by 59%.

The proposed increase comes at a time of unprecedented crisis for aviation caused by the coronavirus pandemic, with airlines calling for relief from various fees to facilitate the recovery of the market and a number of sectors in the chain. Moreover, the decision comes half a year before the start of a 35-year concession contract, in which the state has promised that no fees will be raised at Sofia airport until the completion of a major investment in a third terminal by the concessionaire.

Airlines were quick to oppose the plan. Irish low-cost carrier Ryanair - one of the biggest airlines using the airport, told Kapital Weekly that they will be forced to reconsider their operations at Sofia airport. The negative backlash brought the plan to a halt, with a final decision expected sometime after the parliamentary elections due this spring, and likely led to the resignation of the CEO of the airport operator. Mr Rapondzhiev, who had been in charge of the airport since May 2017, sent in his resignation in January, citing personal reasons. His replacement remains unknown.

Sofia airport cannot compare to some of Europe's biggest airports in scale but the state-owned enterprise operating it has been reporting good results for years. In 2019, passenger traffic increased by 2.1% to 7.1 million travellers, with charter flights up 27% compared to 2018. The market is mainly driven by low-cost carriers like Ryanair (1.5 million passengers) and Wizz Air (2.06 million passengers). Both airlines have developed large flight programs and based aircraft in Sofia, with Ryanair having three and its Hungarian competitor Wizz Air - seven.

Asked if they think that higher fees create a risk of an airline deciding to leave Sofia, the state-run company replied: "It is important to know that airport fees at Sofia airport will remain among the lowest compared to other airports in the region." However, some low-cost companies disagree.

"Ryanair allocates its capacity based on costs. Unfortunately, as a result of this proposed increase, Ryanair will be forced to reconsider our operations at Sofia airport, which may include cancellation of routes and/or reducing the frequency of flights on other routes. This will reduce the available choices for Bulgarian consumers, who will be forced to pay the unreasonably high prices of traditional airlines," said the low-cost carrier.

"The proposed increase of more than 55% will destroy any hope of traffic recovery or growth at Sofia airport. It will lead to a further reduction in traffic and a reduction in direct flights from Sofia airport. Several airlines have informed Sofia Airport that the proposed fee increase will lead airlines to reconsider their operations," Ryanair representatives predicted.

By mid-November, three airlines - Wizz Air, Ryanair and Bulgaria Air, had filed complaints with the Civil Aviation Administration (CAA) following the sign-off on the fee increase. According to the law, CAA has 4 months to respond to the complaints, with a two-month extension possible, which sets the deadline for a final decision after the parliamentary elections expected in late March. Meanwhile, fees will remain unchanged.

According to Ryanair, Sofia Airport is trying to make up for the revenue lost in 2020, ignoring the impact of the global pandemic and projections of fewer flights in the coming years. It has also ignored its own internal consultations with airport users. The airline believes that "the only way for airports and airlines to emerge from this crisis is a reduction of airport fees and ticket prices in order to stimulate passenger demand and restore consumer confidence." They claim that most European airports have reduced their fees and introduced incentives to increase demand, citing examples of airport operators like AENA, Swedavia and Avinor in Spain, Sweden and Norway, respectively.

In the name of the airport

The airport has given no specific reason as to why the fees are being raised. "Adjustments to airport fees for 2021 have been made in two directions - increase and decrease, compared to the deficit or surplus of the previous year. Calculations take into account the fixed costs of the airport operator and traffic outlook provided by the airlines. The level of fees is also determined by the number of passengers and aircraft traffic, which has significantly decreased compared to 2019," is the comment made by Sofia Airport.

The Sofia Airport's business has undoubtedly shrunk, as it has at all airports around the world. The number of passengers at Sofia airport fell to 2.6 million in the first 10 months of last year from a little over 6 million in the corresponding period of 2019. The reported revenues from airport fees amounted to 109.7 million levs (56.1 million euro) in full year 2019. They are expected to be about 55% less in 2020.

People familiar with business operations at Sofia airport commented that the operator has not optimized its labor force (over 2,300 employees) and remunerations despite the contraction of traffic due to the pandemic. Bulgaria Air points this out in its complaint by citing IATA recommendations. "Sofia Airport is doing exactly what is not recommendable; namely, it is not taking any measures to reduce costs and/or seek additional sources of revenue, instead transferring its unjustified and excessive needs to airlines, which are suffering anyway," states the complaint filed by Bulgaria's national carrier.

The Ministry of Transport's budget for 2021 shows that this year it expects to receive 120 million levs in revenues from airport fees from Sofia Airport (which also includes funds available on accounts).

Right before the concession

One could speculate in mainly two directions as to why Sofia Airport has decided to raise fees. Firstly, it may be looking for resources for employee remuneration and the easiest way to do that is through the fees charged. Second, it may be in service of the concessionaire SOF Connect owned by a consortium comprising Paris-based investment firm Meridiam and Austrian construction company Strabag, with Munich Airport as the operator for the first 12 years, who promised not to raise fees in the first 10 years. This promise was the main reason for choosing SOF Connect's offer which at the same time put forward the lowest investment commitments among all bidders. However, nowhere in the concession documents was it mentioned that the state-run airport operator might do that insteadof the concessionaire shortly before the contract takes effect."It is questionable why the airport proposed such a fee increase before transferring it to the private concession group SOF Connect with operator Munich Airport (one of the most expensive airports in Europe)," Ryanair commented.

Whatever the reason, the operation is risky. The search for quick revenue can cause an outflow of current business operations, which will not benefit anyone. The airport operator, no matter whether it is a public or a private company and of course - Sofia and its citizens and guests.

The security fee, which is also calculated per passenger and goes directly into the final ticket price, will almost double - from 3.36 euro to 6.54 euro. The noise fee will go up by 59%. The passenger boarding bridge fee will increase from 117 euro for 60 minutes to 173 euro for the same time slot.

A small reduction will be made on landing fees - they will go down by 1.4% to 6.8 euro per ton for a category 5 aircraft, for example. A more significant reduction is planned for aircraft parking. Short-term parking will cost 47% less during the day and 45% less during the night. A longer-term stay will cost 0.023 euro per ton compared to 0.032 euro now. However, the reductions can hardly compensate for the increase in other fees as carriers are hoping to spend less time in parking and more in the air in 2021.

SOF Connect was chosen over four candidates which filed bids for the 35-year concession contract for the management and development of Sofia Airport: Manchester Airport Group in consortium with China's state-owned Beijing Construction Engineering Group; a tie-up of Swiss-based SSB Sauerwein & Schaefer and Copenhagen Airports; Germany's Fraport, which operates one of the largest European airports, in Frankfurt, as well as Bulgaria's Varna and Burgas airports; and Turkey's TAV Havalimanlari Holding in consortium with Aeroports de Paris. All four unsuccessful bidders filed complaints with the Commission for Protection of Competition but in the end the Supreme Administrative Court confirmed the selection.

Whenever Sofia emerges from the pandemic, it might find itself a little bit more isolated than before. Turns out that Sofia Airport wants to increase its fees significantly in 2021, according to an executive order signed by CEO Vladimir Rapondzhiev on October 30. He informed airlines landing at the Bulgarian capital's only airport that the passenger fee will rise by a staggering 60%, the security fee by 94.6% and the noise fee by 59%.

The proposed increase comes at a time of unprecedented crisis for aviation caused by the coronavirus pandemic, with airlines calling for relief from various fees to facilitate the recovery of the market and a number of sectors in the chain. Moreover, the decision comes half a year before the start of a 35-year concession contract, in which the state has promised that no fees will be raised at Sofia airport until the completion of a major investment in a third terminal by the concessionaire.