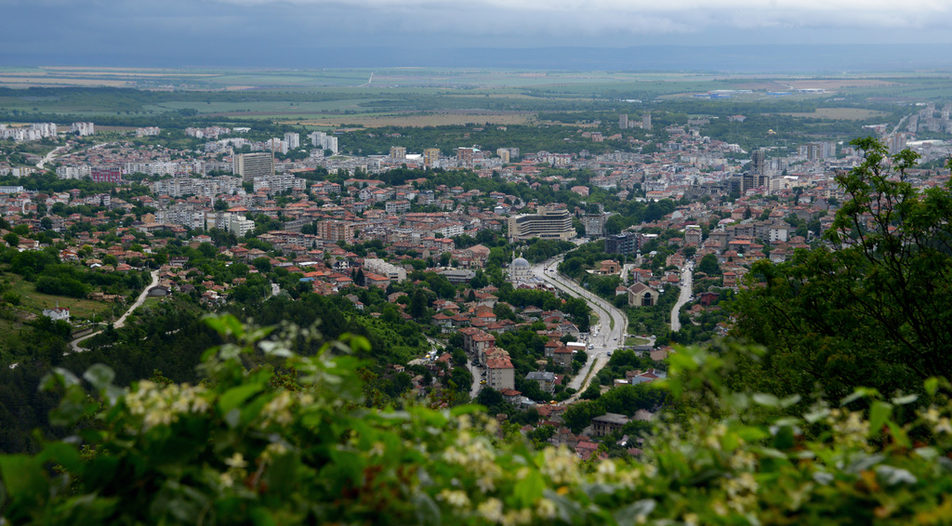 In focus: The smaller economies of northern Bulgaria

Shumen has a good industrial base but it's not enough to pull the local economy forward fast enough.

In focus: The smaller economies of northern Bulgaria

Shumen has a good industrial base but it's not enough to pull the local economy forward fast enough.

A look at the map of Bulgaria's economic centres reveals two trends. The line is drawn by the Balkan mountain range also known as Stara Planina which slices the country in two horizontally. South of the mountain is Trakia highway, along which lies a chain of highly developed interconnected economic zones. In contrast, infrastructure north of Stara Planina remains underdeveloped and regional economies continue to look like detached islands due to a lack of fast transport interconnection that prevents those centres from growing together.

The decade between 2000 and 2010 brought a period of growth to some of them like Gabrovo, in the central-northern part of the country, and Varna, the largest city on the Bulgarian Black Sea Coast. However, others, such as Shumen and Targovishte, trailed behind, following a similar path in the years after the financial crisis.

The two regions have barely kept up with national averages in terms of growth, let alone catch up to leading economic centres like Sofia and Plovdiv. Throughout the period of 2008-2018, the two regions kept up a level of GDP per capita of about 60-65% of the national average. In 2018, Targovishte and Shumen reported very similar poverty trends - the share of households living below the poverty line was 30% and 29%, respectively, which is above the national average by almost 10 percentage points.

It should be noted that the financial crisis of 2008 was a turning point for the well-being of the people living in Shumen and Targovishte. Before the crisis, Shumen had a higher rate of economic growth. After the crisis, Targovishte outpaced its neighbour to the east - its GDP increased by 74% in the decade following 2008. For comparison, the Bulgarian economy grew by 63% during the same period. Which means that in the distant future Targovishte may be able to start catching up to stronger regional economies.

Most likely, one factor in Targovishte's favour during these past ten years was the inflow of foreign investment, especially in glass- and furniture-making. To be fair though, Shumen also has a good industrial base: household electric heating appliances manufacturer Tesy, FMCG holding company Fikosota and Bulgaria's biggest manufacturer of rolled and extruded aluminium products. However, while these companies are among the most sustainable and successful enterprises in the country, they fail to pull the local economy forward fast enough.

Shumen shows signs of moderate employment growth and declining unemployment. But Targovishte is going through stagnation, which means that there is a group of people willing to work in the region but consistently unable to find employment. The reason may be low educational attainment and shortage of skills. In Targovishte, the share of the labor force with elementary educational attainment is 36%, compared to the national average of 18%. Shumen is close behind with 30%.

Areas that have significantly reduced their poverty in recent years did so thanks to good human capital, which allows for a transition to more capital-intensive production and a sharper focus on knowledge-based services.

The further economic development of both regions will depend on retraining their labor force and integrating it to the needs of the market. But so far, similarly to the labor market, the educational structure of the two regions is frozen in place and looks unlikely to improve significantly in the near future.

The general problems Bulgaria's education system is facing can also be found at the regional level in the early years of schooling in Shumen and Targovishte. The most visible issue is the local governments' inability to keep children in school. In Targovishte, 23% of children who should have been studying in a secondary school in 2019 did not. For comparison, the average in Bulgaria hovers around 10-12%. In Shumen, the share is lower - 17%. But in both regions, this indicator has been worsening for the past decade.

Weaknesses can also be found in the effectiveness of the local education system. Students' achievements at secondary school exit exams are a cause for concern. In 2020, a little over 10% of students in both regions got a failing grade on the Bulgarian language and literature exam. Together with neighboring Silistra to the north, the three regions are at the bottom in the country in terms of average scores on the exams.

In other words, a visible obstacle to the economic development of Shumen and Targovishte are the widening gaps in education.

On the bright side, recent demographic trends in Shumen and Targovishte give a reason for optimism. While most areas, especially in northern Bulgaria, are facing growing problems to their development caused by the ageing and shrinking of population, Shumen and Targovishte manage to reverse the negative trend.

This is mostly due to migration - in 2019, for the second year in a row, Shumen and Targovishte rank among the 8 Bulgarian regions that reported more people moving in than moving out. In terms of natural population growth, trends are not positive, but that is the case for every region in the country - deaths have outnumbered births for decades.

It should also be noted that most municipalities in Shumen and Targovishte have population younger than the national average. It's too early to say whether the two regions will be able to capitalize on their demographic advantages but the availability of a bigger and younger labor force may play an important role in the decision-making of potential investors.

A look at the map of Bulgaria's economic centres reveals two trends. The line is drawn by the Balkan mountain range also known as Stara Planina which slices the country in two horizontally. South of the mountain is Trakia highway, along which lies a chain of highly developed interconnected economic zones. In contrast, infrastructure north of Stara Planina remains underdeveloped and regional economies continue to look like detached islands due to a lack of fast transport interconnection that prevents those centres from growing together.