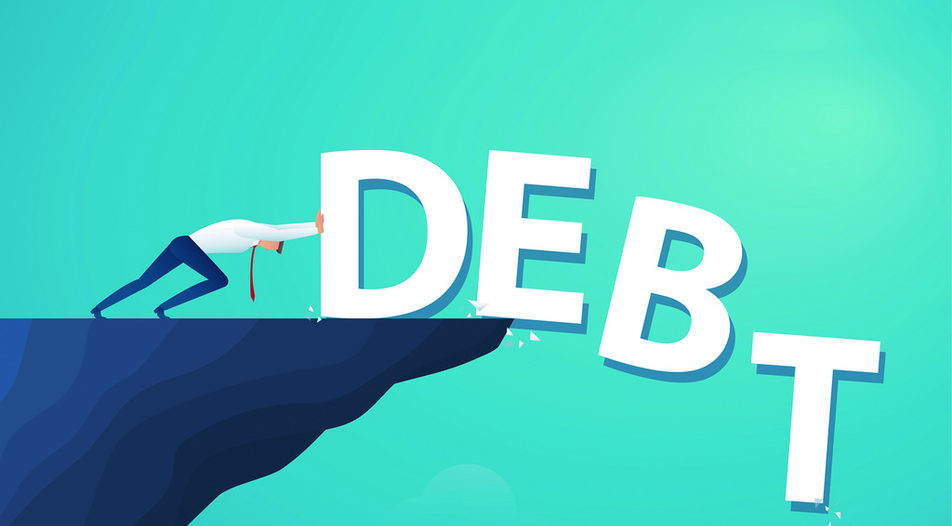 The Companies with lowest debt: The Pre-crisis Picture

The Companies with lowest debt: The Pre-crisis Picture

In total, the liabilities of the top 300 companies in terms of revenue in the country grew by over BGN 4.5 billion, reaching almost BGN 50 billion

- Only three out of the 300 companies have negative capital, while in last year's ranking there were ten of these

Cheap debt can be like an energy drink which a company may use to prepare for the good years of rapid growth and implement its projects. However, it can also be like a highly addictive drug for businesses, the side effects of which are manifested during crises.

Who used cheap debt and how will become evident after the economic shock of the coronavirus is over. However, the data for 2019 are important because they present a picture of the status of large-scale businesses in Bulgaria upon entering the deepest global recession since at least World War II.

Normally, this picture is rather colourful: there are companies that practically do not use the borrowed resource and those in which it is far above any sustainable levels. This means that a drastic drop in revenue or a rise in interest rates can make debt repayment impossible.

In total, the liabilities of the top 300 companies in terms of revenue in the country grew by over BGN 4.5 billion, reaching almost BGN 50 billion. Assets also increased, but at a slightly slower pace, which resulted in a rise in the debt/assets ratio. It exceeds 50% for the first time in many years. Among the 50 companies using borrowed resources the least, there is also an increase of about two percentage points to over 18%.

Naturally, this rise in debt is also affected by one-off factors. As many as 190 out of the 300 companies increase their debt in nominal terms, but less than half (140) post a rise in their debt-to-assets ratio. The good news is that only three companies from all three hundred have negative capital, while in last year's ranking there were ten. The decrease, however, is not the result of an improvement, but rather of the lack of data for some of them.

The top of the ranking of least indebted companies has been quite steady for many years, with more than half of the names remaining in top 50. However, there are significant shifts as well. For example, most gambling companies remain in leading positions, despite the storm in the sector that started late last year. For companies such as Euro football and Eurobet controlled by the indicted businessman Vasil Bozhkov, however, this may be the last participation in K100, given their revoked licenses and claims by the National Revenue Agency, which put them at real risk of bankruptcy.

Last year's No.1 Lottery BG - the company through which Bozhkov collected his dividends from National Lottery, which was also stripped of its license, does not appear with any data at all. In light of the findings of the lower fees paid to the state for years, which brought excessive profits to Bozhkov's companies, their lack of need for borrowed funds gets a new explanation. For comparison - state-owned Sport Toto betting services provider already has a negative capital after yet another year of losses, which is due to the deductions it makes under the law for support of sports.

Beyond that, the leading positions are traditionally occupied by well-established mining and manufacturing companies. Although investing in modernization, they are generally in a mature phase of their life cycle, in which large initial investments were recouped long ago and bring a stable income now. These include cement plants, copper mining and processing companies, pharmaceutical companies, and utility infrastructure operators. The top 50 group includes some of the state-owned energy companies under the umbrella of the indebted BEH, which increasingly serves as a redistribution box.

Curiously, several retail chains are quite ahead in the rankings, although the classic business model of retailers is to rely on relatively high working capital used to finance stocks.

The company whose liabilities rose most in nominal terms is state-owned motorway operator Avtomagistrali with BGN 440 million. However, this is rather a temporary accounting effect, as there are plans to support the company (mainly in order to circumvent the Public Procurement Act) by over BGN 2 billion for Hemus highway construction and landslide reinforcement. The first portion of nearly BGN 440 million was already received by the company and the money is being channelled to subcontractors. A large part of the construction works has not been completed yet and the company reports it as advances received from the Road Infrastructure Agency and receivables from construction companies.

Next in the liabilities ranking comes another state-owned company - gas transmission system operator Bulgartransgaz with BGN 409 million., Its indebtedness stems from loans for its participation in the Turkish Stream gas pipeline project. The ranking of indebtedness is headed by chronically loss-making TPP Maritsa-East 2, as well as municipally-owned Metropolitan due to ongoing investments in the expansion of Sofia metro. The telecoms A1, BTC and Telenor are also among the top 15 on this indicator.

A company whose debts are often in the focus of attention is heating utility Toplofikatsia Sofia. Its debt swelled by BGN 115 million, reaching BGN 980 million. Toplofikatsia Sofia also has one of the biggest losses in the top 300 group (BGN 82.5 million) - second after TPP Maritsa East 2.

There is an interesting case study involving BA Glass (former Druzhba Glassworks), where the large growth in debt (BGN 375 million), assets and income results from an accounting transformation after its acquisition, since practically the entire turnover of the Portuguese parent group now passes through BA Glass.

- Only three out of the 300 companies have negative capital, while in last year's ranking there were ten of these

Cheap debt can be like an energy drink which a company may use to prepare for the good years of rapid growth and implement its projects. However, it can also be like a highly addictive drug for businesses, the side effects of which are manifested during crises.