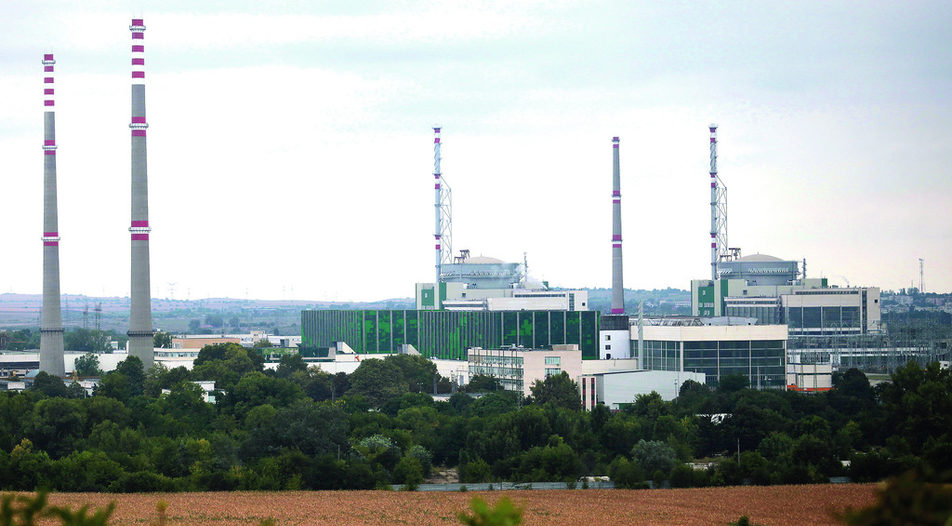 The Bulgarian economy is most likely undergoing a recession just like every other European country in 2020 but it's worth noting just how prepared the country's regions are to meet the challenging times ahead.

Even before the novel coronavirus disease (COVID-19) outbreak stopped the world in its tracks, the Bulgarian economy had been slowing down in parallel with the EU in the last two years. Earlier this year, the national office of statistics published data on the economic development of Bulgarian regions for 2018. Regional statistics usually come with a serious delay but show interesting trends that may otherwise be overlooked in other indicators.

The regional map shows that some areas are dependent on a large employer, as is the case with the leaders in terms of annual gross domestic product (GDP) growth in 2018 - Pernik and Vratsa. The other visible trend is that in the past decade Bulgaria's large regional economies like Plovdiv, Stara Zagora and Sofia Region have been developing rapidly, whereas the small ones continued to lag - Vidin, Silistra, Lovech, Kyustendil and Smolyan report a GDP growth rate well below average for the last ten years.

Some trends are universal. Agriculture is declining everywhere in the country, and the focus is shifting towards the industrialization of more services. Another problem shared by all regions is, unfortunately, demographics. Regardless of the measures taken at the national level, the population is declining all across the country. The best-case scenario - an area manages to attract people, often young people, from neighbouring regions, which is what the big cities are doing. And Kardzhali.

The effect of a giant

The biggest annual GDP growth rate in 2018 was recorded in the northwestern Vratsa region - 25%, followed by Sofia's neighbour Pernik with 16%, according to national statistics. What they have in common is their dependence on two of the largest companies doing business in Bulgaria - Kozloduy Nuclear Power Plant in Vratsa region and leading steel manufacturer Stomana Industry in Pernik. They may not have a strong impact on national trends, but they are essential for the local economies.

The nuclear power plant, which is Bulgaria's main electricity producer, employs about 4,500 people directly and indirectly (through repair and maintenance enterprise Atomenergoremont). The power plant had a good year in 2018, as revenues increased by 20%, thus exceeding 1 billion levs (over 510 million euro) for the first time, whereas profit reached a record-breaking 163.5 million levs. The good performance came from the higher average prices of electricity and the plant's increased presence on the free market at the expense of the regulated one.

The region's economy also benefits from its employees' consumption. In 2018, Kozloduy paid 220 million levs in gross salaries to its 3,663 workers - an average of 5 thousand levs per employee in a country where the national gross average was 1,146 levs in 2018.

For Pernik, a big determinant of the local economy is the largest business and employer in the region - Stomana Industry, which employs over 1,000 people. Indirectly, Pernik benefited from several positive developments for the company in 2018. To start with, there was a slight increase in world demand for steel. More importantly, the European Commission imposed quotas on steel imports from countries outside the EU that year. As a result, the market share of those producers was taken over by European ones. In particular, Stomana Industry reported an increase in revenues of 19% compared to 2017, reaching 962 million levs.

How to attract people

An interesting case study for the transformation of a region's economy is Kardzhali, located in southern Bulgaria and with a large ethnic Turk population. In 2008, the area had a strong agricultural profile - the added value from agriculture was estimated at 235 million levs, whereas industry contributed 160 million levs. A decade later, agriculture has shrunk by 38%, while industry exploded, expanding by 133.5%, the fastest growth rate in the country. Certainly, the low base is a factor but in ten years the industrial sector of Kardzhali climbed from 24th place out of 28 Bulgarian districts in terms of generated value added to 17th with 374 million levs in 2018. The biggest investor in the region since 2008 has been Turkish auto parts manufacturer Teklas, which already has six factories there. Revenues for 2018 reached 385 million levs, generated by close to 2,500 employees.

The Sofia-based Institute for Market Economics (IME) draws a line from the economic activity in the region to the population growth reported in recent years. In 2018, for example, net migration (those who settled down minus those who left) added 15 people per every 1,000 of Kardzhali's population. In comparison, the capital gained 4 per 1,000 of the local population from net migration.

"The reason for this can be found in several factors - in one-off events (elections, for example, in previous years) and lasting factors such as the proximity to Turkey and the relative improvement in income and living conditions over the past few years," IME economist Adrian Nikolov writes in his analysis. "The incentives that provoke people to move and migrate are still mostly economic," says IME colleague Petar Ganev.

Some regions focus on the industrial side of the economy, whereas others turn their heads towards services. Again, a good example is Pernik. Although the largest business in the region is a steel manufacturer, national statistics show that the share of services in the local economy has grown by 18 percentage points in the past decade to 59% of the generated gross value added by the end of 2018. On the other hand, the industrial sector shrank by 16.1 percentage points to 36% of the local economy.

However, a closer look at the numbers shows that the new jobs are mainly in healthcare, sports and culture, transport, water supply and sewerage activities. These are relatively low-paid sectors for the local economy. In Pernik, public sector wages are at the forefront, followed by remuneration in manufacturing (where employment is shrinking).

The data can be misleading, though. It's possible that some of the specialists with higher qualifications reside in Pernik but work in Sofia City, which is less than an hour away by car. In the Sofia City Region, Bulgaria's smallest by territory yet the most populated one, the percentage of people employed in ICT, finance and insurance, scientific activities, administrative and business support services increased significantly over the past decade. Also, in the larger Sofia Region, the share of workers in manufacturing is growing and wages are higher than companies in Pernik can offer. For comparison, companies operating in ICT in Pernik offered specialists an average of 807 levs per month in 2018 compared to 2,778 levs in the capital and 2,230 levs in Sofia Region.

In 2017, Stara Zagora led Bulgarian districts in terms of total economic growth. A year later, the region was at the bottom of the regional ranking with a drop in GDP of 2.3% on an annual basis. Gross value added decreased by 1.9%.

The decline came from an industry where value-added shrank from 3.5 billion levs in 2017 to 2.9 billion levs in 2018, according to national statistics. The National Statistical Institute's numbers are not enough for a more detailed analysis but local companies' annual financial statements can help with that.

Although it is diversified, Stara Zagora's economy is home to several large energy companies and Bulgaria's biggest employer - Kazanlak-based firearms and military equipment manufacturer Arsenal. Energy companies' annual reports show that thermal power station Maritsa-Iztok 2 and coal mines Mini Maritsa-Iztok had lower revenues in 2018. Coal production decreased by 7.8% in 2018 compared to 2017, and the mines' profit fell by three quarters to 1.7 million levs. At Arsenal, the number of people employed went down, while operating revenues fell by 11% to 541 million levs due to weak exports of military hardware in 2018.

If there's one thing all Bulgarian districts have in common it's that the natural growth rate of the population, i.e. births minus deaths, is persistently negative. No region has managed to reverse this decades-old trend. On the other hand, there are some good examples of population growth due to migration - in big cities like the capital, Varna, Plovdiv, Burgas, and smaller ones like Shumen and Kardzhali. But the positive examples are very few, while demographics at the national level continue to deteriorate.

"The negative demographic processes and the ageing of the population are undoubtedly among the most significant problems that the Bulgarian regions will face in the near future," Adrian Nikolov writes in his analysis. He continues, saying that the government seems to be taking no significant actions with regard to the worsening demographic trends - neither through any meaningful nation-wide measures or incentives nor through steps to transform the economies of the regions in the context of the ageing population.

The Bulgarian economy is most likely undergoing a recession just like every other European country in 2020 but it's worth noting just how prepared the country's regions are to meet the challenging times ahead.

Even before the novel coronavirus disease (COVID-19) outbreak stopped the world in its tracks, the Bulgarian economy had been slowing down in parallel with the EU in the last two years. Earlier this year, the national office of statistics published data on the economic development of Bulgarian regions for 2018. Regional statistics usually come with a serious delay but show interesting trends that may otherwise be overlooked in other indicators.