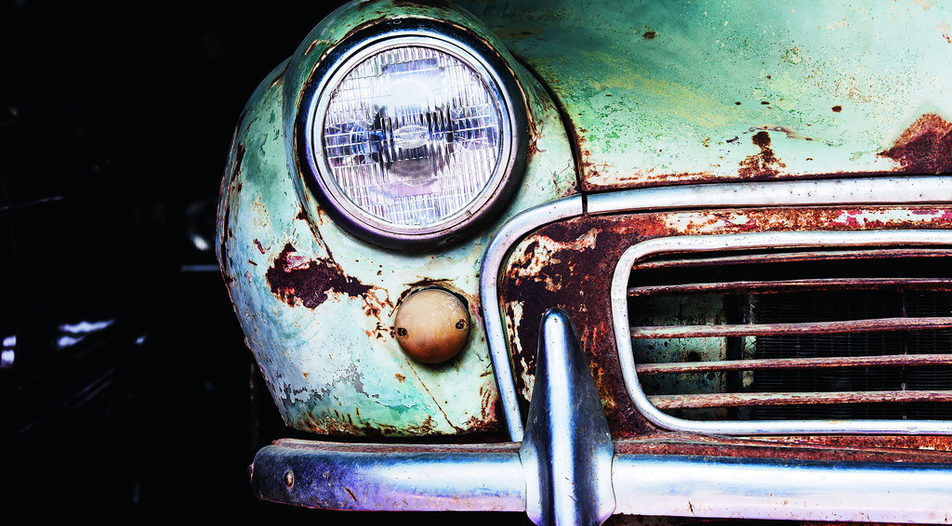 In 2019, the share of diesel engines and vehicles that were more than 20 years old kept increasing

The automobile market in Bulgaria is like a glass of water that is half empty or half full. Pessimists say that due to low incomes the old cars on the roads will always be pollutants. Optimists, on the other hand, point out the increasing number of new cars and the expected tightening of environmental regulations that, in time, will limit the big polluters.

Understandably, the first group is more numerous and vocal and data from the Road Traffic Control (RTC) for last year show that it is probably right. The total number of vehicles in Bulgaria (light, light-duty, heavy-duty and buses) is growing, fed mainly by the increase in old vehicles (20-plus years). Contrary to the trend in Western Europe, the number of used diesel cars is rising. At the same time sales of new and relatively new used automobiles are also increasing but slightly.

According to data from the RTC for 2019, the total number of motor vehicles in Bulgaria is 3.75 million, up by nearly 90,000 years on year. The number of newly registered vehicles was relatively steady at 302,000 (320,000 in 2018 and 306,000 in 2017) and the difference comes from deregistered automobiles. For the first time last year, the number of diesel vehicles (light vehicles excluded) exceeded that of petrol engines and the gap is widening this year.

The number of light vehicles increased by 57,000 in 2019 with diesel cars growing faster than petrol ones. With a minimum difference now - 1.31 million petrol cars vs 1.29 million diesel cars - the latter is expected to top the former this year. Most disturbingly, the share of the oldest vehicles (20-plus years) remains considerable. Besides, it keeps on growing, reaching 41% in 2019 compared to 38% in 2018. When we add the share of vehicles that are 15 to 20 years old (26%), it turns out that a substantial part of the fleet is above 15 years of age. Of all the 302,000 vehicles registered last year, 193,000 were above 10 years old.

"It was a slow growth market in Bulgaria last year. The import of used cars is still considerably bigger, which keeps the sale of new vehicles well below their economic potential," said Alexander Milanov, manager of BMW Group Bulgaria.

Still, new car sales continue rising, reaching 43,200 in 2019, up 8.6% in 2018. However, growth slowed down from 10% in 2018 and 20% in 2017 and the result was far from the record 55,000 automobiles registered in 2008. Besides, it is not clear how many of the new automobiles were re-exported to other markets. Some players in the sector say the share of re-exports is about 20%. Interior Ministry data show that the number of deregistered new automobiles is almost 6,300, i.e. more than 14%. Market analysis shows that for some brands re-exports may top 30% and reach as high as 60%. Re-exports are entirely legal but they blur the actual state of the automobile market in Bulgaria. Dealers say that the most often re-exported vehicles are SUVs, which have the biggest share in Bulgaria too.

Leaders in the new automobile market in 2019 were two companies of the Renault group. Dacia remained number one, speeding up its sales growth by 17% to 5451 cars (M1 and N1 categories). Renault remained second but with a slight drop in sales. The two brands held more than 21% of the new automobile segment. "Companies remain the biggest customer of new automobiles but we also saw a rise in private purchases, the crucial factor for that being the accessibility of the Dacia brand," said Emil Garnev, general manager of Renault and Dacia for Bulgaria. "We also registered growth by more than 100% in electric vehicle sales year on year."

The rest of the top 5 were unchanged: Skoda, Toyota and Volkswagen. "Due to our 20-plus-year experience in hybrid technology, hybrid modifications make up 42% of our sales mix in Bulgaria," said Vayios Dotsikas, general manager of Toyota Balkans. Unlike second-hand vehicles, the new automobile market follows the trend in Europe with diesel slightly losing popularity at the expense of petrol engines and, to a certain extent, alternative-propulsion models. Data from the European Automobile Manufacturers' Association (ACEA) show that in 2019 diesel car sales in Bulgaria fell 20%, while petrol car sales increased by 13%.

Corporate purchases are the main driver of new automobile sales in Bulgaria. Therefore they are considered a relatively good indicator of economic activity. The share varies from importer to importer but the average level is about 60%. One of the exceptions is Toyota, which has more sales to end customers. An important factor to take into consideration is that there were no large public procurement contracts last year. At the same time, many new automobiles were delivered under contracts signed prior to 2019: 300 Skoda Rapids for the Interior Ministry and the first portion of 280 Peugeot ambulances ordered by the Ministry of Health.

The rise in LPG, CNG and electricity

As the offering of electric vehicles is rising, so are sales, though their share is still insignificant. The number of e-vehicles in Bulgaria is 1185: a surge by 67% year on year. Rough calculations show that probably the biggest buyer of e-cars in Bulgaria is the shared mobility service Spark, which last year increased its fleet by 150 automobiles; in February 2020 it added another 80 vehicles, expanding its fleet to more than 350 all in all. Purchased brands included Nissan Leaf, BMW i3, Hуundai Kona and Hyundai Ioniq. Hybrid cars are also gaining popularity: their number went up by nearly 2,400 to more than 7,735.

The importance of control

The authorities have long talked of the need to tighten up control on used cars in Bulgaria but few measures have been taken so far. Last year the Ministry of Environment said it planned to limit the import of automobiles below the Euro 4 standard (i.e. produced before 2005) but later the then minister Neno Dimov backtracked, saying that would violate the rules for free movement of people, goods, services and capitals in the EU. At the same time countries in the region have much stricter regulations: in 2016 Bosnia and Herzegovina banned the import of cars below Euro 3 and last year it limited those below Euro 4. Five years ago, North Macedonia banned the import of cars of more than 15 years old. From the beginning of this year, Romania has imposed a fee on cars below Euro 3 when entering Bucharest.

The flow of old diesel cars from Germany and other European countries continues flooding Bulgaria and Eastern Europe. According to preliminary data from the National Statistical Office, the number of imported light vehicles last year was about 100,000, unchanged from the preceding year (including new cars). Demand has remained flat for years. An analysis of one of the most popular platforms for used car sales in Bulgaria shows that the average age of the 601,612 automobiles offered on the website last year was 17.08 years. More than 83% of them were between 15 and 20 years old and 61% were diesel cars. German brands made up the top 5 of the list (Mercedes-Benz, Volkswagen, BMW, Audi, and Opel).

People from the sector say that the problem in Bulgaria is not so much the age of automobiles but poor control, i.e. registrations, technical inspections etc., which allows polluting and faulty cars to run on the roads. If that trend persists, the pessimist's outlook will remain valid for years to come.

BMW still tops the market of new premium automobiles, followed by Mercedes and Audi. Last year there were two new Roll-Royces registered (a total of 62), five Ferraris (of 93) and five Lamborghinis (of 64). The number of new Teslas in Bulgaria also increased by 16 to a total of 109.

The automobile market in Bulgaria is like a glass of water that is half empty or half full. Pessimists say that due to low incomes the old cars on the roads will always be pollutants. Optimists, on the other hand, point out the increasing number of new cars and the expected tightening of environmental regulations that, in time, will limit the big polluters.

Understandably, the first group is more numerous and vocal and data from the Road Traffic Control (RTC) for last year show that it is probably right. The total number of vehicles in Bulgaria (light, light-duty, heavy-duty and buses) is growing, fed mainly by the increase in old vehicles (20-plus years). Contrary to the trend in Western Europe, the number of used diesel cars is rising. At the same time sales of new and relatively new used automobiles are also increasing but slightly.