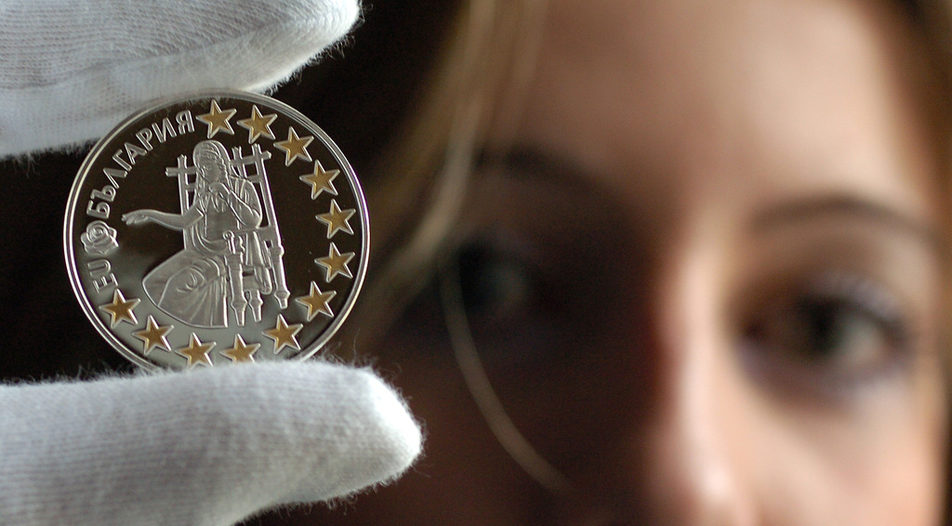 Bulgaria's sluggish advance in the EU

Bulgaria's sluggish advance in the EU

The economy has grown, industry is turning towards higher technology, but reforms have stagnated, hindering the country’s potential

In a couple of weeks, Bulgaria will mark the 13th anniversary of its accession to the European Union. The country has unquestionably benefited from the free movement of goods, capital, services, and labour across the single market. Foreign investors see the accession as a stamp of approval from the Union and a gateway to the bigger European market. Furthermore, Bulgaria has undoubtedly grown in economic terms since January 1, 2007.

Moreover, Bulgaria is still at the bottom of most rankings and progress has barely been made in terms of structural changes in sectors like healthcare, education, the judicial system and corruption. Bulgaria has voiced aspirations about joining both the euro area and the Schengen area but the lack of significant structural changes is a major sticking point for the rest of Europe.

In 2007, Bulgaria was the poorest country ever to have joined the EU - its GDP per capita was 40% of the European average. Economic growth rates were high at an annual average of 5.8% in the period of 2000 - 2006 and increased further in 2007-2008 to 6.7%. Prior to its accession, the country implemented a series of reforms which improved efficiency. Coupled with the prospect of joining the single market, this made investors enthusiastic. Domestic investments skyrocketed to 35.3% of GDP in 2007 and foreign investments - to 23%. Private consumption rose by double-digit rates, while the current account deficit reached a staggering 23.9% of GDP. Inflation rose to 12% by the end of 2007.

All signs pointed towards an overheating economy, but then came the financial crisis of 2007-2008 and the tempo cooled down significantly. In 2009, the recession hit Bulgaria, followed by several years of sluggish growth of around 2%. Only after 2014 did the economy picks up speed, but growth rates reached just half of the pre-crisis levels. Investment activity also slowed with the uncertainty surrounding the global economy. Now foreign investments have fallen to around 2-3% of GDP, mostly focused on retail and manufacturing. Inflation has also calmed down, entering a period of negative price growth, followed by rates of around 2% since 2017.

According to a draft National Strategy for Bulgaria 2030 published by the Ministry of Finance in October, the price stability in the country since 2008 has further increased the differences in prices and wages between Bulgaria and other EU member states.

Bulgaria's GDP has grown from 32 billion euro in 2007 to over 56 billion euro in 2018, according to Eurostat. Meanwhile, GDP per capita has reached 50% of the European average. However, not only is this percentage still the lowest in the EU, but other countries like Romania, Lithuania, Poland and Malta have achieved twice that amount during the past decade.

In the years following the economic crisis, there has been a slow restructuring of employment from lower-tech industries to those with higher technological intensity. More people are being employed in mid-to-high tech businesses, whereas industries with low technological intensity are downsizing the workforce. Despite the positive trend, more than half of the people employed in manufacturing are still working in low-tech, according to the draft strategy.

Meanwhile, employment reached a historical record of 72.4% in the 20-64 age bracket in 2018, whereas unemployment fell to 5.3% - below the pre-crisis low of 5.7% in 2008. Consequently, wages and household incomes have been rising by double digits over the past years and private consumption has become the main engine of economic growth. The downside? Businesses want to expand but the number of people willing to work has been decreasing over the years. Since 2017 the biggest hurdle for local businesses has been the labour shortage, in terms of both quantity and skills available. According to business surveys conducted by the National Statistical Institute, in October of this year, 32.5% of firms in manufacturing reported that the labour shortage is limiting activity rates in their enterprise. In construction, the number is as high as 54.8%.

The negative demographic trends further exacerbate the labour shortage. As a result of ageing and emigration, the Bulgarian population decreased by 640,200 people, or 8.4%, in the period 2007 - 2018. According to national statistics, the working-age population has been decreasing by a constant rate of 1.4% over the past seven years. Consequently, fewer people are entering the labour market to replace those leaving it. In 2007, for every 100 people leaving the market, 91 would join, whereas in 2017 the number went down to 64, which poses significant risks to public finance in the future.

Having said that, public finance is currently in good condition.

"The economic recovery from the recession went hand in hand with recovery processes to eliminate economic imbalances. Chronic current account deficits declined rapidly since 2007 and in 2011 turned into a surplus for the first time since the deep institutional changes in the 1990s," says the draft document. Currently, Bulgaria has the third-lowest public debt in the EU equivalent to just over 20% of GDP. Unsurprisingly, following the entry into the single market, Bulgarian exports rose from 42.3% of GDP in 2009 to 64.5% in 2018. More importantly, though, industry and exports have moved away from low value-added, resource-based goods to electronics, machines and parts for them, as Bulgaria gradually became a part of European supply chains.

except where it matters

It's worth noting that if Bulgaria had not joined the EU in 2007, then even fewer reforms would have occurred. "Many of the changes in our country have been the result of pressure from the European Commission in the process of accession negotiations, often met with resistance by the Bulgarian authorities and interest groups. Without this external pressure, reforms would not have been made," said experts from the Economic Research Institute at the Bulgarian Academy of Sciences in a report marking the 10th anniversary of Bulgaria's accession. According to them, Bulgaria was unprepared to join the EU in 2007, as it was the least productive, least efficient and most problematic country in economic, demographic and social terms to ever join the union.

Many challenges that Bulgaria faced in 2007 have changed little since the accession. For example, an obstacle to the country's competitiveness on the global and regional scene was and still is, the inefficiency of public institutions. According to the government strategy for 2030, lack of confidence in public institutions and "the perceived lack of independence" of the judiciary undermine the international competitiveness of the economy. In 2017, Bulgaria came in last in the EU in terms of corruption control and rule of law indicators, "which is indicative of significant institutional inefficiency".

For the private sector, the frequent changes in the regulatory framework, the uncertainty they create in the investment environment and the impossibility of long-term strategic planning are significant issues limiting the country's growth potential.

Also, one should mention public procurement and how the European structural funds are being used in Bulgaria.

"Procurement difficulties have been identified as a major obstacle to the effective use of European Structural and Investment Funds in the country," said the government document. It goes on to say that "systemic court appeals significantly delay the implementation of projects, and irregularities lead to payment interruptions and financial corrections". Close to two-thirds of public procurement contracts in Bulgaria are awarded mainly based on the lowest price criterion, which ultimately affects the quality of public services. Moreover, transparency is low. In 2018, one in four public orders was awarded without prior publication, whereas the average in the EU was 4%.

Even more worrying is the lack of a long-term vision for the country. Experts at Sofia-based Institute for Market Economics (IME) called the draft strategy for 2030 "a vision with no ambition". Among other issues, IME lead economist Latchezar Bogdanov raised the concern that "the analysis of socio-economic development also does not address the issue of the disparities between Bulgaria and richer countries in the EU."

In addition, the country continues to stagnate in international competitiveness rankings. According to the World Economic Forum's Global Competitiveness Report, Bulgaria is improving slightly but remains at the bottom of the EU in general, whereas globally it's one of the worst performers in terms of fighting organized crime, reliability of police services, intellectual property protection, and quality of road infrastructure. Lack of change is the reason why Bulgaria is falling in other rankings like the World Bank's Doing Business report.

Currently, one of the government's biggest priorities is maintaining "stability" - in economic, social and political terms. However, looking at other countries in the EU, one has to wonder whether "stagnation" is not a more appropriate term.

In a couple of weeks, Bulgaria will mark the 13th anniversary of its accession to the European Union. The country has unquestionably benefited from the free movement of goods, capital, services, and labour across the single market. Foreign investors see the accession as a stamp of approval from the Union and a gateway to the bigger European market. Furthermore, Bulgaria has undoubtedly grown in economic terms since January 1, 2007.