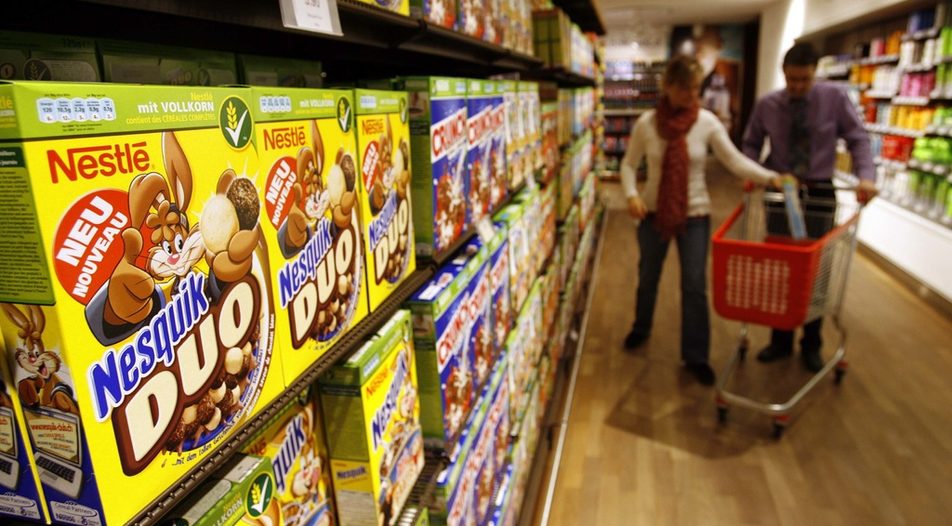 TOP 30 in food and beverages: A little richer menu

TOP 30 in food and beverages: A little richer menu

Most producers had a strong year but reported no record jumps

In 2018 the total revenues of the top 30 companies in the food and beverage sector increased at a one-digit rate. Growth, however, was stronger: nearly 5%, compared to 3.4% the year before. The bottom-line results were also stable and even a little higher: the average profit rise was 7%.

The top three positions were occupied by well-known players: Oliva, Amylum and Coca-Cola Hellenic Bottling Company Bulgaria. Oliva and Amylum changed their 2017 places and Coca-Cola HBC climbed one position to once again join the top trio.

Four of the companies in the Top 30 booked losses last year, most of them minor, and only the loss of SIS Industries (owner of Vinprom Karnobat winery) was more substantial at over 4.6 million levs.

The average profit margin in 2018 was a touch above 6.5%, unchanged from 2017. The most profitable trio included Coca-Cola HBC, Devin and Zagorka. The biggest employers were in food production: Bella Bulgaria, Boni Holding and Nestle Bulgaria.

The ranking's leader, edible oil producer Oliva, increased its revenue by 32% to over 560 million levs and more than tripled its profit. The company is currently building its third production facility with a 40 million euro investment. Once the new factory is ready, it is expected to double Oliva's seed processing capacity to 700,000 tonnes a year. "The good oilseed crop last year also contributed to the results. We are a traditional exporter and increase our volumes depending on our production capacity," the company said.

A further five oilseed processors stand among the top 30 companies in the sector. Papas Olio dropped one position to 4th place, although it again reported a small rise in revenue. Its majority owner (93.23%)Sent Zhiran, which also owns another edible oil producer in Top 30, Sun Foods, posted a 7% drop in revenue but a higher profit.

Biser Oliva retreated two positions to 30th place. The company is part of Gradus group, whose co-owner Alexander Minov has shares in Papas Olio too.

Klas Olio climbed three positions to 24th place in the ranking. The company is third in revenue growth in Top 30. In May 2019 Klas Olio opened a new sunflower oil extraction facility. The investment amounted to 3 million levs and provided about 200 new jobs. The project is expected to increase the company's capacity to 300 tonnes of processed products a day.

Razgrad-based Amylum Bulgaria, which topped the ranking in 2017, was second last year with a slight drop in revenue and profit. The company is owned by US-based Archer Daniels Midland (ADM) and processes corn into starch, glucose, fructose, etc. It is carrying out an investment project worth 243 million levs, which will boost its corn processing capacity to some 900,000 tonnes a year. The company will expand its line for sweeteners and add an ethanol production line in 2020 to process some of its by-products.

Nestle Bulgaria preserved its 5th place in Top 30, reporting a slight rise in profit and a minimum drop in revenue. In 2018 the company invested 5.4 million levs, most of which went into efficiency-boosting measures and development of new products, as well as in coffee vending machines. This year the company plans to invest 7 million Swiss francs to expand the capacity of one of its production lines and replace outdated equipment.

Chipita Bulgaria (10th) again saw a small drop in revenue and profit. The company is a leader in Bulgaria in the production of croissants and baked snacks, holding 82% and 58% of the market respectively.

A slight increase in revenue gave Mondelez Bulgaria 12th position. The company reported record sales in the biscuit category and a traditionally steady rise in chocolate sales. Another company in the group, Mondelez Europe Procurement, is also in the ranking (18th). A global leader in chewing gum but with no such presence in Bulgaria, in late 2018 Mondelez penetrated ten new markets, including this country, with its Halls candy and gum brand.

With a 14% drop in turnover Prestige-96 took 27th position in the ranking and reported a weaker bottom-line result. The company said the lower revenue was due to business restructuring. However, it preserved its leadership in each of its three operating categories (biscuits, wafers and cake bars) and had a market share of 21.6% in 2018, according to Nielsen data.

Zaharni Zavodi (28th) is a listed company that has factories for sugar, confectionery, ethanol and fodder, as well as a printing facility. Last August, the company floated a 7-year convertible bond issue and earlier this year it invested 11 million levs in a new ethanol line, which increased its production capacity to 60,000 liters.

Coca-Cola Hellenic Bottling Company regained its 3rd position with a 13% rise in revenue. The company is also leader in profitability.

The runner-up in profitability, water bottler Devin, preserved its 20th place in the rating. The company is owned by Belgium's Spadel.

Bella Bulgaria, which produces over 200 kinds of pastry, meat and other food products, climbed up one position to 6th place in the ranking. It reported a 10% increase in revenue and a slight drop in profit. Earlier this year Bella Bulgaria acquired Hungary's Marathon Foods for 12 million levs.

Boni Holding also climbed up to 7th position by reporting a small increase in sales but its profit dropped. The company combines three meat processing facilities and several pig farms.

Poultry breeder Ameta Holding posted a two-digit hike in both revenue and profit last year. The company is owned by Europe's biggest chicken meat producer, Germany's PHW. It recently completed a 28-million-lev four-year investment program, which has substantially contributed to its sales growth.

Gradus holding group, which includes six subsidiaries, is a first-time participant in the ranking, therefore comparison is difficult. Last summer the company raised 81 million levs in an initial public offering.

United Milk Company, which is owned by Greece's Delta Foods, invested 4 million levs in 2018. Nielsen data show that the company was leader on the milk market in Bulgaria with 37% of sales in volume and 39% of sales in value. It was also leader in yogurt sales (12.7% in volume and 13.2% in value).

The other Greek-owned dairy product maker in the Top 30, Tyrbul, reported a slight increase in revenue and another loss-making year. The loss, though, decreased considerably.

Danone Serdika is also among the top 30 companies with a two-digit rise in revenue.

Flour producer GoodMills Bulgaria, part of Austria's GoodMills Group, is also a traditional participant in the ranking. Due to a slightly lower wheat harvest in 2018 the purchase prices of the raw material increased some 25%, year on year, which partly explains the 8.5% rise in gross sales revenue, the company said. GoodMills Bulgaria is leader in the flour category with a 58% market share in value, according to Nielsen data.

The other representative of the sector, Topaz Mel, had a slightly weaker year for both revenue and profit.

Zagorka reported a 5.5% drop in sales and a small increase in profit. The brewer, which is part of Heineken group, has invested more than 133 million euro over the past 20 years.

Kamenitza posted a drop in both sales and profit in 2018. The company is owned by US-based Molson Coors Brewing Company.

Two spirits producers are also included in the ranking. VP Brands International was 16th with a 10% fall in revenue. SIS Industries preserved its 19th position, increasing its sales but reporting a loss. Last September the specialized prosecutor's office said it had launched a money-laundering investigation into three companies controlled by Minyu Staykov: Vinprom Karnobat, SIS Industries and Topaz Mel.

In 2018 the total revenues of the top 30 companies in the food and beverage sector increased at a one-digit rate. Growth, however, was stronger: nearly 5%, compared to 3.4% the year before. The bottom-line results were also stable and even a little higher: the average profit rise was 7%.