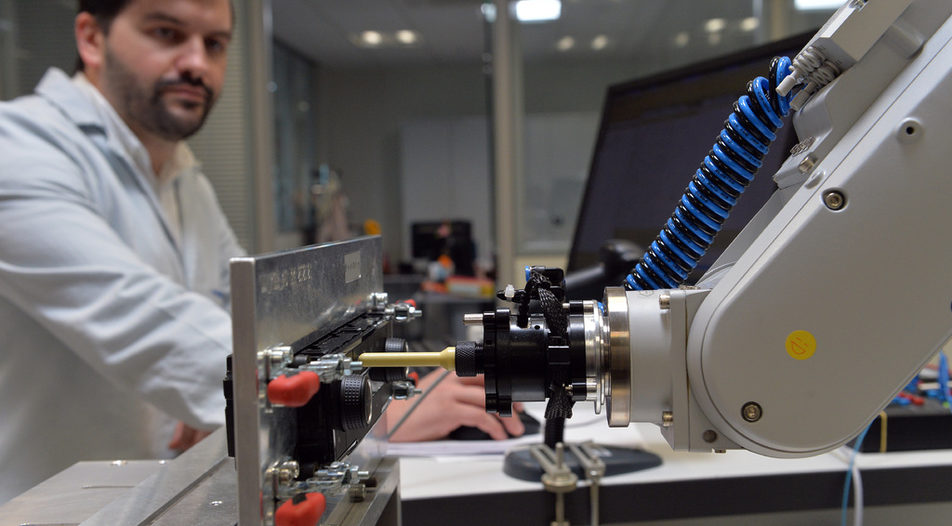 The biggest employers: People are needed, wages are rising

The biggest employers: People are needed, wages are rising

We cannot find workers: this is the mantra you've been hearing from more and more managers and entrepreneurs in recent years. With the economy growing, the need for qualified employees is rising, while the worsening demography is further exacerbating the labour shortage.

The year 2018 was no exception. Unemployment reached historic lows (5.2%), employment rose (though more slowly than in 2017) and the same is true for wages in almost all sectors of the economy (the median growth was 9.4% in 2018). When the data for the first quarter of 2019 are taken into account, figures show that the trend is ongoing and that employment growth and wage growth are accelerating even further. The state is adding fuel to the fire by constantly increasing public sector wages and the minimum wage.

For companies, all this means higher labour costs, including for unqualified jobs, and rethinking of investment plans based on the assumption of availability of relatively cheap labour supply. The first victim of this trend fell just last year: the manufacturer of automotive upholstery ALS Bulgaria, owned by Canada's Exco Technologies, announced it was closing its factories in the country due to labour shortages, rising wages and a lack of a contract with its main client, BMW.

At the same time, all companies in the TOP 100 group already employ more than 1 000 people each. That means they are not only growing in terms of revenues but also employee numbers. If we look at the general TOP 300 ranking of the biggest companies by revenue, their personnel runs to 280 000 people. That is precisely 10% of the total number of people employed in the country last year. These 2.8 million employees include also hundreds of thousands of public sector workers.

The sectoral analysis also shows that last year, new jobs were created mostly in industry, retail, outsourcing and IT. Export-oriented companies still hold pole position, no matter whether they are exporting goods or services. The difference with the previous few years is that for the first time arms factories were cutting staff.

Exports of machines, auto spare parts and components have been constantly rising in recent years. Investment in new production facilities and expansion of existing ones continued in 2018. Naturally, some of the new jobs created last year in the TOP 100 group of employers come from such companies.

One of them is Sensata Technologies Bulgaria, a subsidiary of US-based sensor systems manufacturer Sensata Technologies. The company has a production facility in Plovdiv, an R&D centre in Sofia and recently announced a new investment in its factory in Botevgrad. Last year, the company went on expanding its personnel and the new production plans indicate this trend will continue in 2019.

The same is true for Teklas, the automotive components manufacturer supplying practically all leading carmakers in the world. The Turkish company has built its biggest production facilities in Bulgaria - four in Kardzhali, one in Krumovgrad and one in Momchilgrad. Its entire production is exported to Europe, Asia and North America. In 2019, Teklas announced it had started construction on its seventh factory in Bulgaria - in Vratsa.

An interesting development is the 100 job losses at Yazaki Bulgaria, the unit of the Japanese producer of wire harnesses for the automotive industry which operates three factories - in Dimitrovgrad, Sliven and Yambol. Yazaki Bulgaria hasn't announced staff cuts or plans to terminate its production in the country. According to the Capital newspaper, the personnel reduction is temporary and will continue for about a year, until new contracts kick in.

Hello, how can I help you?

For another year the outsourcing industry in Bulgaria continued to expand its staff in 2018. Almost all companies in this sector, represented in the TOP 100 of Employers, added more employees. The total net increase amounted to 930 new jobs more than in 2017.

Retailers also kept opening new facilities and new jobs in the country. The total number of employees working in the TOP 5 retailers in Bulgaria increased to over 20 000 people in 2018.

Not all companies manufacturing for exports continued creating new jobs last year. The arms industry, for example, cut jobs. Last year, the TOP 5 manufacturers shed over 630 employees or just 3.3% of the total number of 19 000 people working in the sector. The job cuts were due to the weaker performance of arms producers and traders in Bulgaria last year. The largest weapons' manufacturers saw their turnover drop by nearly 30% for a number of reasons: a high comparison basis in 2017, fewer orders from traditional markets and doubts about the quality of deliveries, which led to millions of levs paid in contract penalties.

The state-owned giants and some private companies with unstable order contracts also shed jobs last year. The process, however, had a limited effect and the shortage of qualified workers obviously is a trend that will continue at least until the next economic slowdown.

More importantly, continuing labour shortages show that Bulgaria's economic model of recent years based on low labour costs is exhausted. Some businesses have already woken up to the new reality and have started replacing employees at the assembly lines with industrial robots. It is only a question of how fast this transformation will happen.

We cannot find workers: this is the mantra you've been hearing from more and more managers and entrepreneurs in recent years. With the economy growing, the need for qualified employees is rising, while the worsening demography is further exacerbating the labour shortage.