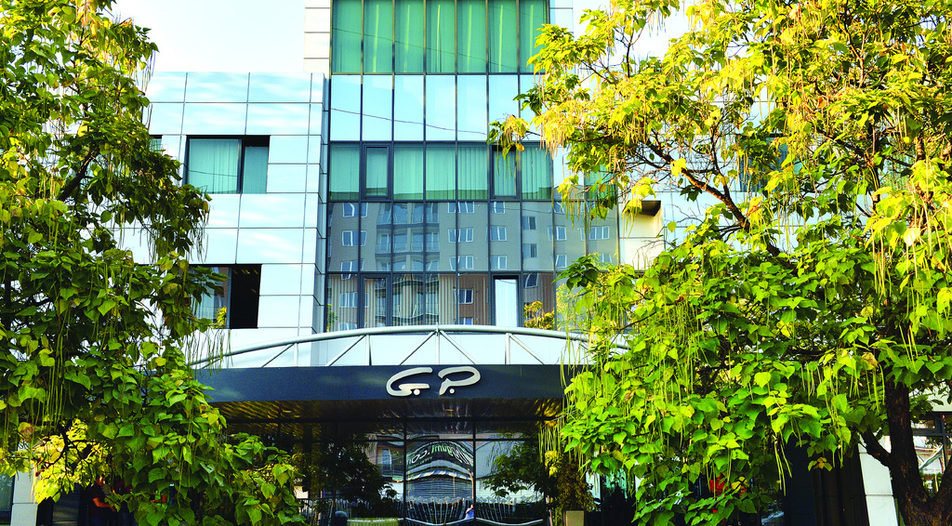 If you walk around Sofia's city centre for half an hour, you will probably come across a sign or a minibus with the name and the logo of GP Group on it. The biggest construction company in Bulgaria in terms of revenue is working on the reconstruction of a landmark street in the capital, Graf Ignatiev, and the construction of a new Hyatt Regency hotel nearby - and these are only a few among its multiple public and private projects.

Despite its omnipresence, GP Group has always shied away from too much publicity. But a recent string of scandals brought it into the spotlight and turned it into a household name. Even Prime Minister Boyko Borissov had to vehemently deny connections to the company, banning its participation in public tenders.

Firstly, Bivol, the Sofia-based investigative reporting website, published the findings of its investigation called #GPGate that uncovered an elaborate scheme for rigging public tenders. Later, in September, Sofianites turned against the company as its street repairs in the centre of the city turned out to be substandard, to put it mildly. Finally, the state prosecution office began an investigation of suspected money laundering against two of its managers, one of the partners in the company.

A story of success

In its early days, the company was focused on residential construction. Later, one corporate client has been standing out. GP Group was the exclusive choice for the construction of industrial sites of Lukoil Neftohim Burgas oil refinery and Lukoil's gas stations. GP Group also built Lukoil's new headquarters in Sofia and then moved its offices to the oil's company old building. It also built RIU Pravets Resort in the small town of Pravets west of Sofia owned by a company linked to Valentin Zlatev, chief executive officer of Lukoil Bulgaria (the oil refinery's wholesaler). Now, GP Group works on the Hyatt Regency Sofia hotel, also part of Mr Zlatev's tourism business.

All of these coincidences create the feeling of a close connection to the Mr Zlatev. The businessman constantly denies any link to the company and explains that the Bulgarian subsidiary of Russia's Lukoil only uses its services.

Officially, three partners own GP Group. Vladimir Vladimirov-Zhitenski, probably the most "vocal" among them, gave a series of interviews in the last few months. His background is in art, according to an interview he gave for 24 Chasa daily. Stefan Totev, who joined in 2012, is the executive director of the company. Finally, there is Georgi Vassilev who is not seen in public, unlike the other two.

Word in the construction business has it that other business interests are hidden behind the company's owners.

GP's rise was kick-started with many projects in Sofia. Even though Mr Borissov left his position of Sofia mayor to become prime minister in 2009, the growth of the company seems to follow his political career, beginning in the capital city and then expanding nationwide. Mr Borissov used to be very close to GP Group's suspected eminence grise - Valentin Zlatev. The PM has admitted that they frequently played cards before and he was a regular guest at Mr Zlatev's parties.

But what is more important, Mr. Borissov's former business was closely interwoven with the operations of the oil company. His security services company Ipon won its first large contract from Lukoil Bulgaria back in the early 2000 to protect the company's fuel pipelines. Later Mr Zlatev used his closeness to Mr Borissov very aggressively. He not only lobbied for Lukoil's interests in Bulgaria but in 2011 it was revealed that he attended negotiations on the fate of the Belene nuclear power plant project in Moscow on behalf of Russia's Amostroyexport.

It is interesting that GP's stellar performance began when Mr Totev joined the company in 2012. Until 2013, it had never been part of Bulgaria's top five construction companies. That year marked the end of EU's seven-year programming period (2007-2013). As usual, multiple public procurement tenders had to find their winners quickly, and GP was one of them.

Right now, GP Group is working on governmental contracts worth over 1.15 billion levs. Its revenue has grown steadily in the last few years. In 2015, it was eighth in terms of revenue among the construction companies in Capital's annual TOP100 ranking but in 2016 it climbed to the top spot and has stayed there ever since. With over 184.5 million levs revenue and over 26.8 million levs profit in 2017, the company is the leader in its sector.

Working for the public

In 2009, GP joined the ranks of the big construction companies working on public procurement contracts. It was part of a consortium building parts of Sofia's metro system. Between 2012 and 2017 GP Group won, alone or as part of consortiums, contracts for 700 million levs. By September 2018 it was chosen to work on projects for a further 97 million levs. Ranging from municipal projects to procurement tenders of the government's road infrastructure agency, GP's contracts grew in numbers substantially. According to CEO Stefan Totev, public money makes up about 35% of GP's revenue. It is difficult to estimate from the public records whether this is completely true, as when companies work in the consortium, it is not clear from the first glance how much each partner earns.

Despite its substantial pipeline of projects, both public and private, the company only had 432 employees (including office staff) in 2017, according to its financial statement. Many question its capability to complete its projects efficiently. Totev told Capital that currently over 560 people are employed in the company.

It is normal for companies to subcontract part of their work but it seems, given the sheer number of its projects, that GP Group contracts out most of its workload. In a nutshell, GP Group ability at winning contracts grew faster than its workforce.

A series of scandals in September and October may provoke a change in GP's fortunes.

News that the prosecution office had seized 14 million levs as part of a fraud investigation against GP Group employees pushed Borrisov into taking action. On October 12th, he said he had asked the board chairman of the road infrastructure agency, Svetoslav Glosov, "to find legal ways to withdraw GP Group from projects with European and national funding."

The prime minister then added that when there is an investigation, companies should not be participating in public procurement procedures. Of course, there is no legal way to do such a thing and still protect fair competition, unless there is clear evidence of unlawful activities. Borissov's claims were more an attempt to show "political will", as he put it.

Coincidentally, the company played in tune with Borissov's intentions. GP Group declared it will withdraw from the construction of Zheleznitsa tunnel on Struma highway, a project worth over 200 million levs. They have won the tender but have not yet signed the contract. According to the road agency, GP Group has not yet submitted an official request to withdraw, so there is still a chance that the company will be the one working on the project. To give up a project with such a high value is indeed a bold decision, but it may be just a temporary move to weather the storm.

In 2015, PM Borissov had to cancel another public procurement procedure involving GP Group. The construction of a big chunk of Hemus highway connecting Sofia and Varna was suspended because of exorbitantly high prices. GP Group and Vodstroy 98 (a company indirectly controlled then by MP Delyan Peevski, whose name appears on many pages in the current issue of KQ) had won the lucrative contract. After a public outcry, the prime minister intervened but the setback didn't stop GP Group's ascent.

In November, GP Group was also eliminated from the competition for a water infrastructure project in Plovdiv six days after the prosecutor's office announced that it has charged Georgi Vassilev (the most mysterious among the partners in GP), and Vladimir Lozanov (who was among the founders of the company but currently has no ownership rights) of creating and participating in an organized crime group. Yet, it is too early to claim that the company has lost its influence in the construction business.

If you walk around Sofia's city centre for half an hour, you will probably come across a sign or a minibus with the name and the logo of GP Group on it. The biggest construction company in Bulgaria in terms of revenue is working on the reconstruction of a landmark street in the capital, Graf Ignatiev, and the construction of a new Hyatt Regency hotel nearby - and these are only a few among its multiple public and private projects.

Despite its omnipresence, GP Group has always shied away from too much publicity. But a recent string of scandals brought it into the spotlight and turned it into a household name. Even Prime Minister Boyko Borissov had to vehemently deny connections to the company, banning its participation in public tenders.