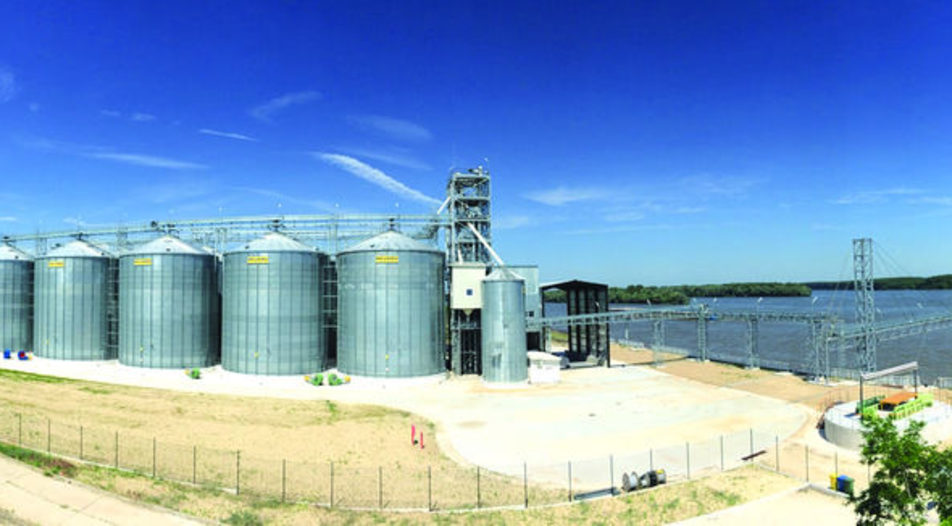 • Traditionally, the ranking is dominated by the leaders in grain trade, while most of the companies on the list are wholly owned by Bulgarian capital.

• Apart from commodities trading, Cargill Bulgaria develops one of the largest centers for outsourced services of the global group with almost 900 employees.

Higher crops produced by a number of key growers, expansion of the areas under cereals, new investments that led to increased yields are just some of the reasons for the accumulation of large stocks and the dragging down of prices over the last 3-4 years. Bulgaria is no exception to the general trend. Although last year the country reached a historic record in grain production, the output did not translate into tangible revenue growth for the companies in the sector, which saw their income increase by a modest 4.4%. Moreover, for the third straight year not a small number of leading agricultural producers reported lower turnovers and even though they posted end-year profits, the margins of half of those companies are thinner. The good news is that only one company is at a loss, compared with three companies a year earlier.

The ranking of the largest companies for 2017 is traditionally dominated by the leader in grain trade, as well as some of the largest producers in the sector, and the bulk of the companies in it are wholly owned by Bulgarian capital, with the exception of several international players in the trade sector.

Bulgaria is expected to produce similar or higher grain volumes in 2018, which, combined with the rise in prices on international markets that has already started should deliver better results for the companies in the sector.

The picture was mixed for the Bulgarian agricultural business in 2017. On the one hand, the investments made by the grain producers in recent years and the favorable climatic conditions have led to a historic record in wheat production. According to official data from the Ministry of Agriculture, 5.9 mln tones of wheat were harvested last year, up from 5.6 mln tonnes in 2016, with the higher average yield per hectare being the main reason for the increase. The higher output, however, did not boost the sector's revenue, as international market prices remained at lower levels in 2017. For example, buying-in prices stood between 240 and 270 levs per tonne in 2017. Representatives of the sector say that prices have increased to 300 levs per tonne this year.

Capital 100 data shows that no company passed the 500 mln levs turnover mark in 2017 for the second straight year. Moreover, with the exception of the leader in the ranking, no other company has crossed the 400 mln levs threshold, whereas two or three grain traders traditionally did so in previous years. Last year, the top 20 companies in agriculture achieved a total turnover of 3.51 billion levs, a slight increase compared to the previous year's 3.36 billion levs. However, the figure is not quite indicative of the real picture of the market, because it is typical for the sector one and the same volume of produce to pass through several different traders.

At the same time, last year brought a total profit of 60 mln levs for each of the leaders in the sector, compared to less than 40 mln levs during the previous year. The difference comes from half of the companies in the sector, with 10 companies having improved their performance over 2016.

As was the case in previous years, in 2017 the top 3 in agriculture are grain traders. Again, the company with the highest turnover is Burgas-based Sevan which led the previous year's ranking as well. Sevan's turnover topped 445 mln levs last year, marking a slight decrease compared to some 446 mln levs in 2016. At the same time, Sevan's profit increased significantly, to more than 13 mln levs, from over 6.8 mln levs. The owner of the company, Artur Akopyan, commented that while global market prices remained subdued in recent years, the company's business has been generally on the rise. Investments of 10 mln levs were made in a new logistics center near Bourgas in recent years, which has led to optimization of processes and respectively costs.

Two international grain traders are ranked immediately after Sevan. Cargill Bulgaria comes second with revenues of more than 397 mln levs in 2017, up from 380 mln levs in the previous year, and a profit of 3.4 mln levs after ending in the red in each of the previous two years. In addition to its agricultural activity in the country, Cargill Bulgaria is also developing one of the largest centers for outsourced services of the global group. Founded four years ago, the center worked on domestic projects and with clients in Europe, the Middle East and Africa in the spheres of finance, human resources, supplies and logistics. The center is one of Cargill's seven similar centers, employing more than 900 people. Currently, the center is announcing over 40 open positions in one of Bulgaria's job seeking portals. For this reason, Cargill Bulgaria has emerged as a top employer in the country.

US-based ADM Bulgaria Trading is third among the top three companies with 350 mln levs revenues - a significant decrease, compared to 413 mln levs in 2016 and 519 mln levs in 2015. The company also posted a drop in profits. In the middle of last year, the company opened its first port in Bulgaria. It is located in Silistra, on the Danube river, and the investment in it totals 11 mln levs.

"The harvest in 2017 was very good, but at the same time there was a large surplus on international markets and prices remained at lower levels," commented Ivaylo Georgiev, the commercial director of the company.

Seventeen out of the 20 leaders in agriculture recorded revenues above the 100 mln levs mark each last year. The sector is characterized by the fact that except for the world grain traders there are no other foreign investors in it. At the same time, a large part of the Bulgarian-owned companies have a diversified portfolio of activities. Most of the top 20 companies are trading in cereals but also generate part of their income from trading in seeds and plant protection products, while some have their own grain and fodder production. The big trader Glencore Grain Bulgaria is out of the ranking of the largest agricultural companies in 2017 - according to unofficial information it is undergoing restructuring. In 2016, Glencore Grain Bulgaria posted 191 mln levs revenue, making it 5th in the group of the largest. In previous years, the company's revenues ranged between 250 and 400 mln levs.

Euroconsult, a Bulgarian merchant not largely known to the public, has found a place in the ranking. The company's 2017 activity report says that "the output exported this year again exceeds the quantities sold on the domestic market." The same general statement was made in the report for the previous year. Sofia-based Euroconsult is registered as a trader of cereals and tobacco, and its owners with equal stakes are Vassil Vassilev and Raycho Angelov. Angelov also participates in Wolf and Muller Minerals company, which is the concessionaire of the Verona non-metallic minerals deposit in the region of Ihtiman east of Sofia.

The company Farm Sense made its debut among the top 6 in 2017 ranking. Farm Sense, owned by Plamen Borisov and his family (his brother Preslav was Deputy Minister of Agriculture in the first government of GERB) has grain trading among its registered activites and generated revenues of 224 mln levs in 2017, sharply up from 162 mln levs in 2016. The change marks the highest rate of annual growth of turnover in the ranking. In 2011, Plamen Borisov sold 60% of his company Defko to Swiss-based Glencore.

Outside trade, two companies have come to leading positions in the past year - Gradus-3, part of the Gradus Group, as well as the largest grain producer in Bulgaria, Octopod-C, owned by Svetlozar Dichevski. Gradus-3 is among the major producers of fodder and posted revenues of more than 128 mln levs in 2017.

Oktopod-C ended 2017 with 127 mln levs in turnover, lining it 10th in the ranking. At the same time, among the 20 largest agricultural businesses there is another company, part of the same group - Oktopod Holding, which reported revenues of more than 120 mln levs. Thus, if the two companies were one legal entity, it would have entered the top 5 group in 2017 ranking.

After several years of retention, in 2018 cereal prices on the international markets are expected to start going up. On the one hand, this is due to expected weaker harvests in key producers such as the United States, where bad weather is affecting crops, as well as Russia, where it is expected that last year's production record will not be repeated. According to a USDA forecast, the global wheat harvest will decline by 1.5% to 748 mln tonnes, and the transitional reserves of wheat will also decrease for the first time since 2012. As for maize, production is expected to rise by 2% year-on-year to 1.056 billion tonnes, according to USDA. At the same time, consumption of maize is expected to grow at a faster rate to 1.092 billion tonnes, which is a reason to expect a rise in prices.

Against this background, a good harvest of the main crops is expected in Bulgaria, whereby wheat output will possibly surpass last year's record. According to the latest spring assessment of the European Commission, wheat yield in Bulgaria is expected to reach an average of 5.46 tonnes per hectare, up from 5.27 tonnes in 2017. The rapeseed harvest is also forecast to increase, with the average yield expected to rise to 2.95 tonnes per hectare from 2.84 tonnes, according to the EC.

Initial forecasts also point to growth of the prices of main crops. According to Artur Akopyan of Sevan, the purchase price of wheat from the new harvest will be slightly higher, at 300 levs per tonne, compared to about 290 levs last year, according to Agriculture Ministry data). "Lower production is expected in Russia and the United States and prices are starting to rise," commented Ivaylo Georgiev from ADM Bulgaria Trading.

At the same time, sales from last year's harvest have intensified. Data from the national statistical office show that total exports of wheat and maize to the EU grew by more than 3.5% on an annual comparison basis in the first quarter. EU member states are the main trade partners of Bulgaria. According to different estimates, two-thirds of Bulgarian grain is bought by countries in Southern Europe - Spain, Greece, Italy, Portugal. However, much of these quantities are re-exported as part of larger batches to many other countries. Outside the EU, the bulk of Bulgarian grain production is sold in North Africa and Turkey. In recent years traders have been gradually expanding to new markets, mostly in Asia and the Middle East, but the overall volume is relatively small. Such countries are, for example, Vietnam and Egypt, where demand has been growing in recent years, data from companies in the branch show. No major change is forecast in the composition of the group of Bulgaria's main partners in agricultural commodities trade. A major part of the grain output is expected to be exported to Spain.

• The low international prices of 2017 are rising at a slow pace this year.

• Traditionally, the ranking is dominated by the leaders in grain trade, while most of the companies on the list are wholly owned by Bulgarian capital.

• Apart from commodities trading, Cargill Bulgaria develops one of the largest centers for outsourced services of the global group with almost 900 employees.