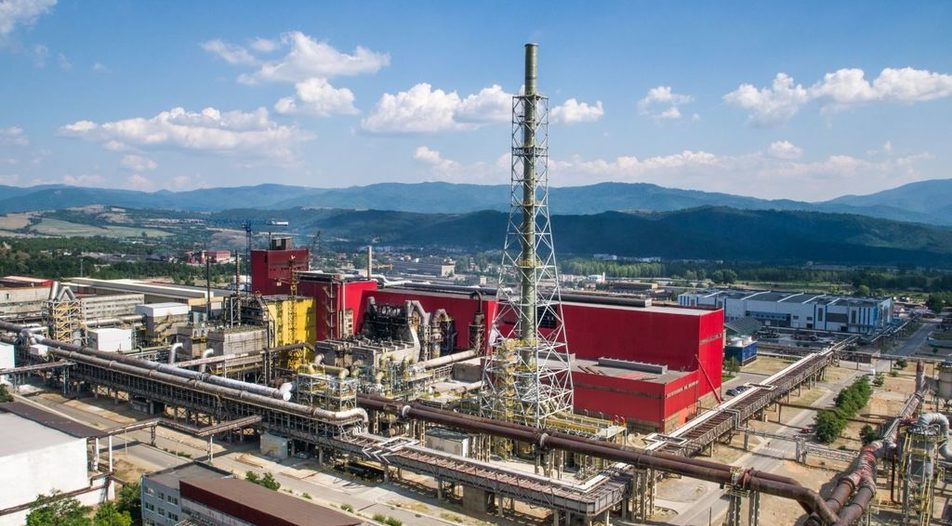 The high prices of non-ferrous metals, the introduction of new products and anti-dumping tariffs on steel imports produced a two-digit rise in revenue

After a long period of suffering from the effects of the global crisis and low market prices, in 2017 the metallurgical sector in Bulgaria boomed. All large companies in the industry saw a two-digit rise in revenue and the average increase for the leading 10 was above 43%. Moreover, they all posted profit, including steel producers, who had first been struggling with the recession and poor demand for their products and then with imports from China at dumping prices. It was actually the protective tariffs imposed by the European Union in late 2016 that helped improve their results last year. Non-ferrous metal producers enjoyed high market prices, although those prices affected their raw material costs too. As revenue rose while the number of the employed remained virtually unchanged, the rate of productivity improved.

With a jump of more than 57% in total revenue to 5.5 billion levs sector leader Aurubis Bulgaria increased its distance from the new second in the sectoral ranking, Sofia Med, which also grew. In 2017 the copper plant in Pirdop, which is part of Germany's Aurubis Group, also reported an all-time high profit which is also the highest in Bulgaria's latest corporate statistics.

"The results are not surprising as they are due to cumulative efforts," said Tim Kurth, CEO of Aurubis Bulgaria. "We have been intensively investing over the years both in technology and people. The total investment over the last two decades will exceed 1.2 billion levs by end-2018," he added. In his words, Aurubis is thinking long-term and some of its projects are designed to operate during the next 25 years and beyond.

The operating revenue of the company increased by 55% to a touch above 5 billion levs, while financial and other revenue contributed the remainder. The company explained that the total revenue used to rank the companies includes hedging revenue and exchange rate gains without taking into account the respective expenses. To a certain extent that distorts the picture of base industries, which is especially visible in large-volume producers like Aurubis.

The group report shows that production in Pirdop increased last year after a 50-day shut-down in 2016 for scheduled maintenance. Higher copper prices and higher processing and refining fees had a positive effect on earnings.

The company's projections for 2018 are positive in general with a few reservations. "We cannot influence global factors such as exchange rates, metal prices and the impact of overseas trade agreements," said Kurth. "However, copper demand is high and this trend would remain, so we are optimistic."

The change of focus from products for construction to products for the manufacturing industry, including the growing automotive sector, brought Sofia Med (part of Viohalco group) its first profit after more than a decade of losses. The profit will allow the copper products maker to support its future investment projects, which target maintenance and expansion of capacities and introduction of more new products.

Last year the plant increased its revenue by 48%, which puts it in the second place in the ranking; further growth was recorded in the first quarter of 2018. According to CFO Sergey Vlaykov that has been the trend for two years and it is expected to persist in the next five years, with the automotive and electrical industries being the main drivers. "We have a very good potential for further growth," he said.

Plovdiv-based lead-and-zinc smelter KTsM increased its revenue by a fifth and posted profit for the first time since 2013. "About half of the profit was due to exchange rate gains but the remaining 22.83 million levs was the operating result," said supervisory board chairman Rumen Tsonev. In his words the growth in revenue was due to the higher metal prices last year, as well as to the increased production in the lead plant, which reached nearly 72,000 tonnes. At the beginning of 2017 the company reached the project capacity of its new lead facility, which was built as the main part of a 140 million euro investment program. The zinc production unit was also upgraded, which allowed increasing its capacity without expansion of the plant. Last year zinc output remained little changed (about 74,000 tonnes); 53 tonnes of silver were also produced. "For 2018 we expect results similar to last year's," Tsonev said.

Steel producer Stomana Industry (part of Viohalco) also saw its first profit since 2010. The revenue of the plant in Pernik surged 42% last year. An increase of 16% was also registered by the other ferrous metal producer in Bulgaria, Promet Steel, located near Burgas and owned by Ukraine's Metinvest group.

"The buoyancy of the national and the European economy was one of the main reasons for the good results in ferrous metal production and the metallurgical industry in general," said Anton Petrov, chairman of the Bulgarian Association of the Metallurgical Industry (BAMI) and member of the board of directors of Stomana Industry. Another key reason was the introduction of protective tariffs on steel imports from China by the European Union in late 2016, the effect of which was felt last year. "That helped the markets start operating normally, because the imports from China at dumping prices based on overcapacity and state subsidies, which peaked in 2015, were disastrous," he added.

Higher copper and gold prices and record production last year were the reasons for the growth of the only mining company in the ranking, Dundee Precious Metals Chelopech. Revenue increased nearly 23% and profit surged 26%, which almost made up for the drop in 2016. Last year the plant in Chelopech produced 198,000 oz of gold concentrate, an all-time high. The bigger-than-projected increase was the reason for the owner, Canada's Dundee Precious Metals (DPM), to raise its annual guidance twice.

DPM's second project in Bulgaria is due to start production by end-2018. The gold mine near Krumovgrad will be the first new mining project after the democratic changes in this country almost 30 years ago. The investment will be about $165 million.

Aluminum product manufacturer Alcomet also increased its revenue last year, by nearly 14%, but its profit dropped 43% after the three-fold jump reported in 2016. "The rise in sales was due to the higher aluminum prices on the London Metal Exchange," said investor relations director Petar Stanchev. In 2017 the average price reached 1743 euro per tonne compared with 1451 euro per tonne the year before. In Stanchev's words the lower profitability levels were due to market pressure on the company's margins. "The decrease on the year 2016, which was a historic record for Alcomet, was expected and mentioned in the projection published in March 2017," he added.

The plant in Shumen manufactures various rolled and extruded aluminum products and holds a fifth of the European market of household foil. In the past few years the company increased its focus on higher-value-added products and the management sees potential in the packaging and the automotive industries. In 2017 the company closed its first contracts for export to the United States. A potential risk on that market comes from the import tariffs imposed by President Donald Trump, though the BAMI chairman says that Europe exports mainly more sophisticated and finished products that are not produced in sufficient volumes in the United States. "In my opinion neither the tariffs on steel, nor those on aluminum are in the interest of the American economy, as the United States will still have to import those products but they will be more expensive for them," Petrov said.

Alcomet projects a slight increase in sales volumes to 71000 tonnes in 2018 from 67,000 tonnes. In terms of value, sales are seen reaching 380 million levs, up from 361 million levs in 2017. "We expect an EBITDA level of 8.8% and the net profit margin will be about 4.8%," said Stanchev. This year the company is expected to complete a 36 million euro investment project, which will increase its production capacity and allow it to expand its product portfolio.

Viohalco's third plant in Bulgaria, aluminum product maker Etem Bulgaria, also returned to profit after years of losses. The company's revenue increased by nearly a quarter. As with the other successful companies in the sector the growth was driven by the introduction of new products. The company completed an investment project worth 60 million levs and now manufactures products for the automotive industry that are used in Audi, Jaguar, Rolls-Royce, BMW, Land Rover and some Volkswagen models.

"The revenue growth was driven mainly by the change in the product mix as we are strategically shifting to more value-added products, as well as by the increase in the total quantities sold," said CFO Emmanouil Kartsomichelakis. "At the same time higher aluminum prices also affected positively the total turnover figure," he added.

The company projects further growth this year. "For 2018 we expect a further increase in sales according to our budget targets and the strong demand for extruded aluminum products," Kartsomichelakis said. In his words the market trends as recorded in the first four months of the year make the company optimistic about the rest of 2018. "As a consequence our financial results will be moving to further strengthening."

The big challenge for the metallurgical industry in general comes from the emerging trade war after the United States imposed import tariffs on steel and aluminum. "It is very difficult now to project how the situation will unfold," said BAMI's Anton Petrov. "Europe resents such treatment and rightly so, because it is not the source of the United States' problems but China, which holds half of the world's steel production capacity and that is where the huge export pressure comes from," Petrov commented.

At the same time Bulgaria lies next to one of the largest steel producers in Europe, Turkey, whose main market has so far been the United States. "When its market is closed by tariffs, it will have to redirect its trade flows and most logically that will be towards Europe. Bulgaria, Romania and Greece will be the first countries to be affected as geographically they are closest to Turkey," Petrov pointed out. According to him, Europe should urgently introduce protective mechanisms against imports from Turkey.

All those measures and countermeasures, however, distort the market. "There is tension and that holds unknowns," Petrov added. Therefore he does not expect 2018 to be better than last year.

After a long period of suffering from the effects of the global crisis and low market prices, in 2017 the metallurgical sector in Bulgaria boomed. All large companies in the industry saw a two-digit rise in revenue and the average increase for the leading 10 was above 43%. Moreover, they all posted profit, including steel producers, who had first been struggling with the recession and poor demand for their products and then with imports from China at dumping prices. It was actually the protective tariffs imposed by the European Union in late 2016 that helped improve their results last year. Non-ferrous metal producers enjoyed high market prices, although those prices affected their raw material costs too. As revenue rose while the number of the employed remained virtually unchanged, the rate of productivity improved.