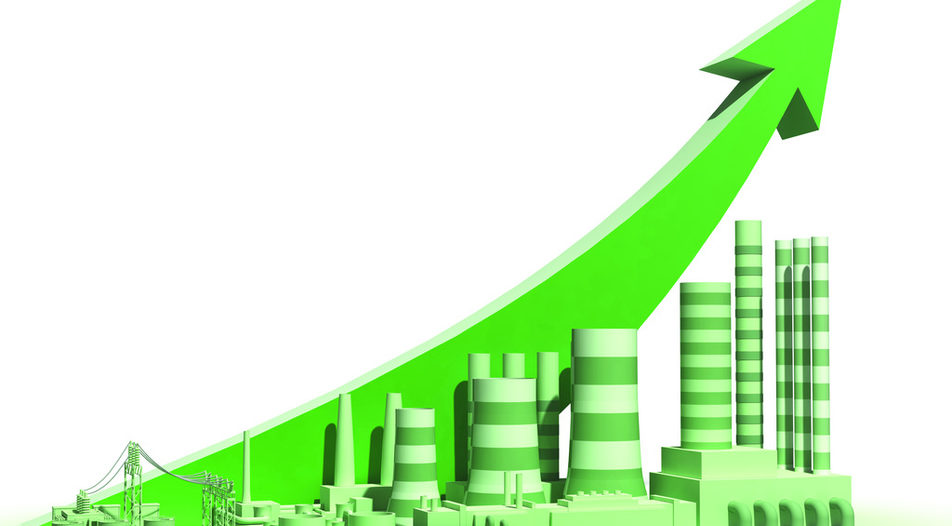 The decade when factories grew

The decade when factories grew

The business of the 100 largest Bulgarian companies has expanded by a third in 10 years, the 2018 edition of Capital Top 100 ranking shows, with production facilities being the motors of growth.

• Five years earlier, the top 100 companies had more revenues combined than the top 100 of 2017 due to higher fuel prices back then.

The changes in the Bulgarian corporate history in the past decade are more evident when comparing two of the strongest years - 2007 and 2017. Today, the production companies that export their output are much bigger. Local traders and several indebted state-owned plants like steel mill Kremikovtsi or zinc and lead producer OTZK are no longer on the corporate map. All in all, since 2007, 15 companies of the top 100 have either gone belly up, or have negligible revenues. Out of the remaining 85, a solid 53 companies have grown.

The plants that have expanded their facilities report bigger revenues, such as corn products maker Amylum, controlled by U.S. agribusiness group Archer Daniels Midland (ADM), or the copper smelter in the city of Pirdop, part of Germany's Aurubis, battery manufacturer Monbat, the Bulgarian units of global manufacturer of sensor devices Sensata Technologies and construction machines and white goods manufacturer Liebherr.

Some traders have also expanded strongly, including market newcomers in fuel retail like Eko Petroleum, controlled by Greece's Hellenic Petroleum, as well as Rompetrol, majority owned by Kazakh state company KazMunayGaz and drug distributors such as Phoenix, Sting and Sopharma Trading.

Out of the 100 largest companies in 2007, Bulgaria's fuel wholesaler Saksa has grown fastest, expanding its revenues 5.6 times in 10 years. Second comes corn starch products maker Amylum, based in the city of Razgrad, with revenues increasing 3.6 times. Its plant, controlled by ADM, is one of the first production facilities privatized after the end of Communist rule in 1989. It has since had several different foreign owners. ADM has now launched a new expansion of the plant's facilities worth over 200 million levs (100 million euro).

Due to the opening of new stores supermarket chain Billa Bulgaria and white and black goods retailer Technopolis are now bigger. The new market leaders among food retailers like Lidl and Kaufland were not among the top 100 back in 2007, while Technomarket, a white and black goods retailer, has shrunk significantly, having its sales down to 230 million levs in 2017 from 749 million levs in 2007. The ownership of Technomarket changed several times, and now the retailer is owned by a Dubai-registered offshore company, linked to Bulgarian member of parliament and media owner Delyan Peevski. Following a number of changes of ownership, supermarket chain Piccadilly has stopped operations altogether.

Transport companies Somat and Balkanstar have almost disappeared. Following problems of their German owner, the two companies wound down operations and in the end had to sell assets. The factory of Eastman Kodak, the U.S. imaging equipment maker, has also closed doors. Most of the companies that managed to survive in the past 10 years, have expanded, or at least maintain their revenue levels. The only players that have their revenues down are the cement makers - their sales are smaller than in the years of the construction boom.

In 2007, the top 100 companies had an overall revenue of 50 billion levs. In 2017, the leading 100 companies reported sales of over 66 billion levs, or 32 percent increase over 10 years. The accumulated inflation over the period is 21 percent, showing that the big players are growing, but not that fast.

One of the big differences when looking at the separate economic sectors is that 10 years ago not a single agriculture company was among the top 100. Today, the big grain traders have turnover of 300 to 400 million levs each and four of them have made it to the top 100.

Little change at the very top

There is no grand change among the leading 10 companies. Their combined revenue totalled 21.3 billion levs 10 years ago. Now, it stands at 24.5 billion. Lukoil Neftochim oil refinery in the Black Sea city of Burgas, owned by Russian oil giant Lukoil, is leader again, just like it was 10 years ago. Second biggest in 2017 is Aurubis, climbing up from fourth position. The copper smelter's turnover is for the first time close to the one of the leader. In the past, telecom operators like Mobiltel (now renamed to A1), controlled by Telekom Austria and BTC, operating under the Vivacom brand made it to the top 10 but dropping prices have pushed them back by about 10 positions.

Fuel retailer OMV Bulgaria has moved lower in the ranking as it has not expanded its network. Bankrupt steel mill Kremikovtzi has disappeared from the ranking altogether.

Incredible as it may sound, but the top 100 companies in 2012 had a bigger revenue combined than the leading 100 in 2017. For a single reason - fuel prices back then were higher, and many of the leading companies are dealing with fuels.

The change is most visible at leader Lukoil Neftochim, whose sales were much bigger in 2012, when the fuels were more expensive. The average price of crude oil topped $100 per barrel in 2007, while 10 years later the average price halved to around $52. What is different, though, is that the Burgas-based oil refinery is now reporting profits, while in the period 2008-2014 it was reporting losses.

The overall turnover of the top 100 companies totalled 68 billion levs five years ago, some 2 billion more than in 2017. The revenue drop at Lukoil Neftochim alone is 2.5 billion levs. But companies that are not directly involved in fuel production and are not much influenced by electricity price hikes, have grown. This is true for about two thirds of the top 100 players. Accumulated inflation was not a factor in the past five years, standing at exactly zero percent.

In 2012, about 20 percent of the companies in the ranking reported losses. Today, the number of loss-making enterprises has halved, with the exception of mainly state-owned companies, indicating that the corporate climate has improved in 2017. What was evident in 2012 was the recovery following the global financial crisis. Real estate prices, for one, have started picking up since then.

In a broader view, 13 of the companies in Top 100 in 2012 today are either bankrupt or reorganized - same as already mentioned in the comparison with 2007. There are no shocking changes among the top 10, apart from Kaufland Bulgaria, which jumped to fifth position from number 10 in 2012. Natural gas distributor Overgas, which was cut off from imports of Russian gas, dropped out of the group of leading 10 companies, and so did Naftex, which went bankrupt following ownership changes in its parent company Petrol. The new entrants also come from the fuel sector: Saksa and Astra Bioplant.

• Five years earlier, the top 100 companies had more revenues combined than the top 100 of 2017 due to higher fuel prices back then.