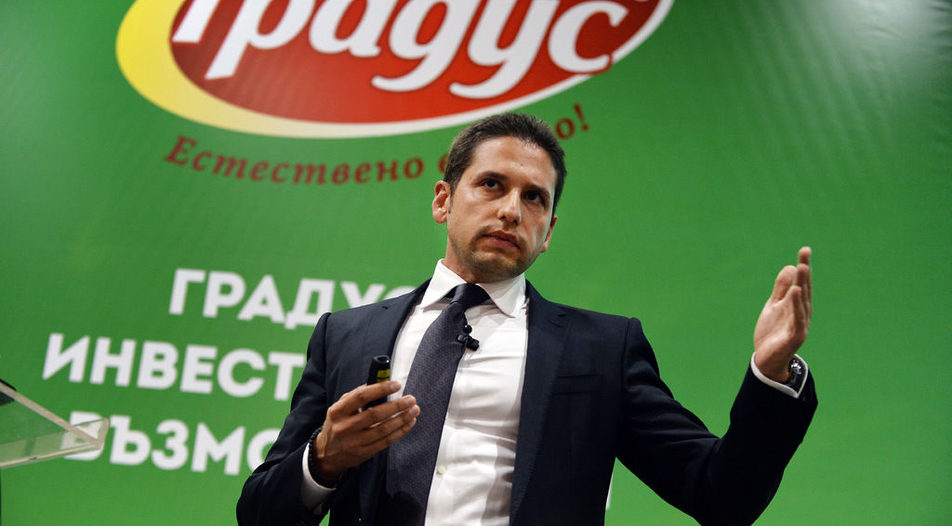 The debut offering of egg and poultry producer Gradus has breathed some fresh life into the somnolent and illiquid Bulgarian stock market in June, helping it to recover from its year-long downward correction.

Hopes are running high among investors and traders alike that Gradus will be followed by other large Bulgarian companies that want to become more transparent and their owners seek to raise fresh capital for their business or divest of their investment.

An additional boost to trading activity on the Bulgarian Stock Exchange (BSE) is expected to come from a new a voucher scheme for financing the cost of listing that will open the BSE's door to small companies.

Gradus raised a total of 81.4 million levs in its two-day IPO on June 18-19, making it the biggest since the offering of First Investment Bank in 2007. The company said prior to the IPO it intended to raise up to 164 million levs by floating a stake of around 25%, or 55 million shares, with the subscription price set in the range 1.80-2.35 levs per share. On the first day of the IPO auction Gradus raised 79 mln levs, exceeding the success threshold of 65 million levs and way above the typical daily trading volumes of approximately two million levs on the Bulgarian stock market.

Bulgarian individual investors paid 20 million levs, probably enticed by the advertisement campaign run by Gradus ahead of the IPO. Supported by the efforts of the largest brokerages in Bulgaria, Gradus is on the track to become the largest and most liquid stock on the market.

The wake-up call for the market actually rang a little earlier. Trading on the BSE picked up ahead of the IPO as investors were selling other shares to free cash before the Gradus listing. The sales put additional downward pressure on the BSE's main market, which has been generally following the worldwide correction since February. Gradus was the largest and most actively traded position from its first day on the stock exchange. The BSE expects that this development will not only improve market liquidity but will also act as a much needed catalyst for drawing investors' attention towards Bulgaria.

The price range of Gradus' IPO corresponds to price-to-earnings ratio of 13 to 16 i.e. the price of the company compared to its annual net profit. This a better ratio compared to the European and US companies in the food industry or specialized poultry producers.

One may argue that Gradus shares are not as attractive as similar stocks from emerging markets, because Bulgaria is much closer to the developed markets in Europe in terms of regulation and accounting standards, corporate governance and economic growth. These factors are making the valuation much more similar to the valuation of stocks in Western Europe rather than in the less developed markets in Asia or Africa, even though they have comparable GDP per capita. Therefore, many large foreign institutional investors will be eager to buy Bulgarian stocks as the return doesn't correspond to the low liquidity and higher volatility. The IPO was believed to be large enough to attract value investors who have been neglecting the illiquid Bulgarian market for various reasons. Still, Gradus is not a bargain stock with very high dividend yield or cheap assets.

Over the last years investors have been concerned about the predictability of the financial results of Bulgarian companies.

Some of the companies with less volatile earnings were affected by the European debt crisis and the ensuing economic slowdown in the region in 2012. The Western embargo against Russia and the devaluation of the rouble had similar negative effects. The improvement of financial results took too long and it was the reason why the Bulgarian companies did not show a comparable earnings growth as seen in many industries in the EU or the US. Not to mention the high-growth regions of Africa, Pacific Asia or Lain America.

Local investors are more concerned by the stock performance rather than the dynamics of the financial results. The pattern of quick increases followed by long periods of price consolidation or corrections is not friendly to investors who use stocks as a form of saving. They look at the return and therefore a long period without capital gains is not good news for them.

Bulgarian companies are slowly embracing the idea to distribute dividend twice a year. The practice now is to distribute the profit of the previous year afetr the annual shareholders' meeting. Thus the shareholders receive dividends six to eight months after the end of the fiscal year. Local investors pay attention to dividends and hold part of their capital in the form of dividend stocks. They are long-term value investors, associating dividends with the stability of the issuers. Institutional investors, on the other hand, also prefer dividend stocks, although they pay more attention to the financial performance and the corporate governance.

The change in the timing of dividend distribution is not a major development but it takes Bulgaria closer to the good practices in developed markets. It will provide more frequent capital inflows to pension funds in the future when those funds will face larger payments.

Dividend yields deserve special attention. They are hardly a market driver but most of companies in Bulgaria pay 3% on average and have a history of maintaining stable yields. The 3% dividend yield is substantially higher than interest rates on deposits but the capital gains are the primary driver behind the buying of shares. Moreover, the gains are tax-free, whereas the tax on dividend is set at 5% for individual investors.

The debut offering of egg and poultry producer Gradus has breathed some fresh life into the somnolent and illiquid Bulgarian stock market in June, helping it to recover from its year-long downward correction.

Hopes are running high among investors and traders alike that Gradus will be followed by other large Bulgarian companies that want to become more transparent and their owners seek to raise fresh capital for their business or divest of their investment.