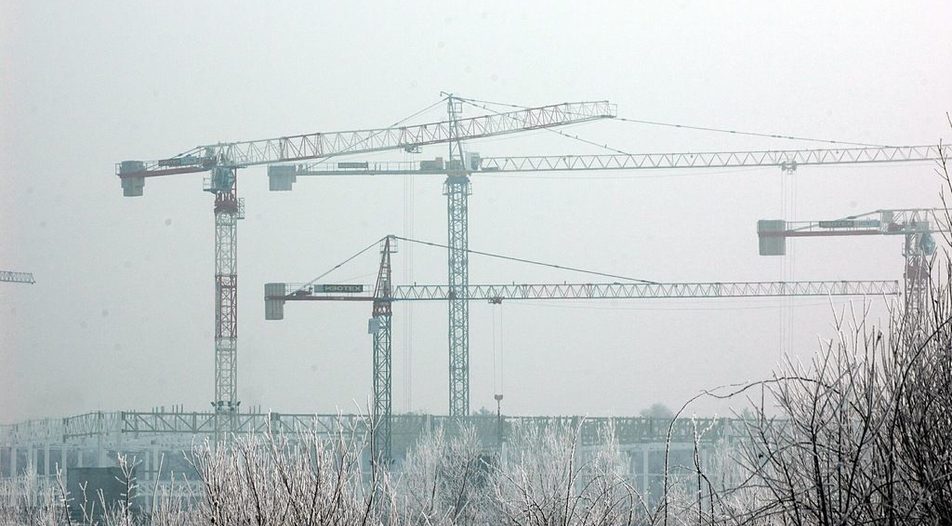 • The wealth of the top 50 companies by assets in Bulgaria grew by two billion levs to 62 billion levs in 2017.

• The most visible increase is observed in companies from the sectors of pharmaceuticals, woodworking, machine building, raw materials extraction, trade.

An eighth straight year of economic upturn added more comfort to the performance of the large manufacturing businesses in Bulgaria. Since the previous periods allowed for debt restructuring and activity optimization, the past year of still low interest rates proved to be beneficial for taking out advantageous loans and investing in future growth. The number of projects for construction of new plants and expansion of existing capacities unveiled in 2017 by companies active in the sectors of pharmaceuticals, woodworking, machine building, raw materials extraction and trade hasn't been that large for a long time. The common denominator is that these companies are focusing their operations on foreign markets and competing with global majors in their industries whose business is not dependent on the Bulgarian government.

In strategic sectors like energy and rail transport, where the state acts both as regulator and owner, the 2017 results are mediocre. The assets were not profitable, and if there were exceptions, they were primarily due to favorable market circumstances (for arms producers such as VMZ - Sopot and Arsenal), preparation for renegotiation of perpetual loans (Bulgarian Energy Holding, BEH), or accounting obfuscation.

In 2017, the wealth of the top 50 companies by assets in Bulgaria increased to 62.3 billion levs, almost two billion levs more in absolute terms, or 2.8% aggregate annual growth. The assets of the 300 largest companies grew to 92.7 billion levs in 2017, up 3.75% year-on-year. The growth rate in the Top 50 group remained unchanged for a second year running, which indicates sustainability.

Among the top 50 companies, 35 increased their assets, while the remaining 15 saw their assets dwindle. The biggest double-digit growth rate is observed in export-oriented private companies. Decline is observed in state-owned companies, mainly in the sectors of energy, transport and coal mining, as well as in companies relying solely on the domestic market.

Who had a strong year?

Kronospan Bulgaria, a unit of Austria's Kronospan, was the champion in asset build-up last year with an impressive growth of 64% to 454 million levs. The company has embarked on a massive expansion of its production capacity in Veliko Tarnovo. The entire project worth 300 million levs aims to increase the production and sales of wood particle boards and laminated boards.

Biovet and Huvepharma - two pharmaceuitical companies under the control of brothers Georgi Domuschiev and Kiril Domuschievi, demonstrated stable annual rates of asset growth - of 26% to 423 million levs and 16.3% to 695.6 million levs, respectively. In recent years, the group made the largest corporate debt refinancing in Bulgaria worth 436 million euro and aimed at consolidating the majority stake, investing in new capacities and securing growth through acquisition of competitors and new products. According to the majority owners' announcement of their strategy, 150 million euro will be invested in a new factory for veterinary medicines in Peshtera and a further 70 million euro in a plant for veterinary vaccines in Razgrad.

In 2017, another representative of the pharmaceutical industry - Sopharma, announced plans to build two new plants - one for production of its Tabex smoking cessation drug in Kazanlak and a plant for lyophilic (dried to dissolve before use) medicinal substances in Sofia.

The company's asset growth of almost 4% to 590 million levs last year was fueled by two acquisitions - of Serbian drug wholesaler Lekovit and Bulgarian pharmacy chain Pharmastor, which united its 19 outlets with the 23 stores of Sopharmacy. At present, Sopharma has 12 pharmaceutical plants in Bulgaria and one in Ukraine, and a portfolio of 210 products.

Outside the pharmaceutical sector, discount retailer Lidl Bulgaria demonstrated visible growth in 2017, investing 80 million levs in a new logistics base near the city of Yambol, its second in the country. The new logistics facility will supply the retailer's stores in Eastern Bulgaria. In addition, Lidl continued to open new stores in 2017, taking the total number of its outlets to 86.

The manufacturer of gaming equipment Euro Games Technology also achieved remarkable results. After posting double-digit growth of revenues in 2016, the gambling solutions provider closed last year with an increase of almost 36% to 530 million levs. The only thing more impressive than that is the high profitability ratio - the company's return on assets was 31.51% in 2017. The figure is lower than the return on assets of 41% reported in the previous year, yet it remains among the highest in the group of big companies.

The only company in the group, which achieved higher profitability, was VMZ - Sopot. The state-owned arms manufacturer reported return on assets of 33.23% in 2017, compared to 47.25% in the previous year. The company grew its assets by 22.6% to 451.3 million levs last year, which is mainly attributable to the increase in inventories, the company's balance sheet shows. Over the last two years, VMZ - Sopot invested nearly 50 million levs in repairs and replacement of equipment, which also had a positive effect on its assets.

The performance of the other major arms manufacturer in the Top 50 group, privately-held Arsenal, was similar.

In 2017, arms factories had another year of abundant orders that translated in maximum capacity utilization. According to industry experts, however, the window is now closing and with rearmament almost over, a drop in sales can be expected. If this is the case, it will be important for the arms makers to be able to switch to civilian output and secure markets for it. According to the 2016 annual report of VMZ - Sopot, only about 8% of the company's output was meant for civilian usage. It is not very encouraging if the company has maintained the same share of civilian production in total output in 2017.

To bear in mind

Figures show that cigarette producer Blagoevgrad - BT also achieved a good result in terms of asset growth last year but they can only deceive those who are not aware that the company serves as a junction station to its owner. After tobacco group Bulgartabac Holding transferred its ownership of tobacco factories Sofia - BT and Pleven - BT to Blagoevgrad - BT, the cigarette producer also gained control of consumer electronics and white goods retailer Technomarket Bulgaria and dairy company Lodis Invest. Both businesses are associated with Delyan Peevski, member of parliament from the Movement for Rights and Freedoms. The forecasts for the future of Blagoevgrad - BT as a cigarette producer and the future of its employees are not very bright. The reason is that following the sale of Bulgartabac's leading cigarette brands to British-American Tobacco in 2017 Blagoevgrad - BT's cigarette business is at a minimum level and the mess of activities and assets makes the company a temporarily surviving structure.

The company with the largest amount of assets - Bulgarian Energy Holding (BEH), had a good 2017 with an asset growth rate of 1.9% to 6.1 billion levs, according to its non-consolidated report. However, part of the increase represents an accounting operation for subsidizing loss-making divisions of the holding. BEH's consolidated statement shows a net profit of 118.8 million levs, compared to a loss of 77.5 million levs a year earlier. The turnaround, attributable to higher revenues of electricity producers, growth of coal mining output, increased consumption and higher natural gas prices, came just in time, because this year BEH will try to refinance its obligations to bondholders. In the spring, BEH hired a consultant for the issuance of a new 500 million euro bond, which is expected to happen in the autumn.

The new bond issue is planned to be listed on the Irish Stock Echange and the Bulgarian Stock Exchange. For years, institutional investors have asked the Bulgarian authorities to do this in order to give them an opportunity to invest in the country's strategic energy and energy infrastructure sector. If this happens, it will also allow stricter control over the way the state-owned group is being managed.

• The wealth of the top 50 companies by assets in Bulgaria grew by two billion levs to 62 billion levs in 2017.

• The most visible increase is observed in companies from the sectors of pharmaceuticals, woodworking, machine building, raw materials extraction, trade.