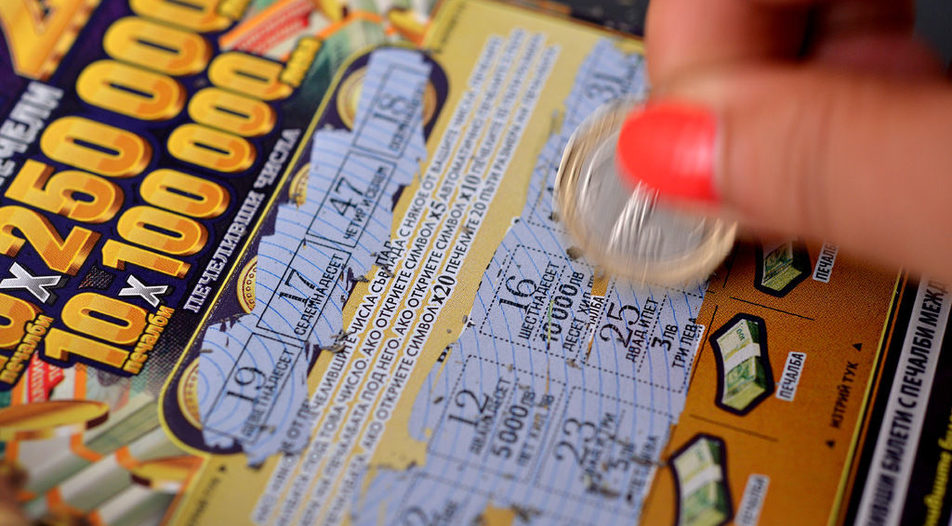 The most profitable in 2017: Weapons, gambling, medicines

The most profitable in 2017: Weapons, gambling, medicines

• The most important conclusion form this year's ranking is that manufacturing companies, not only those in trade or the IT businesses, can also be extremely profitable • Arms and gambling companies again achieve the highest profit margins.

• For yet another year the profitability in the TOP 50 group rises: the average profit per 1.0 lev of revenue is 0.22 levs.

For the past few years, the profit margins of the 50 most profitable companies among the largest firms in Bulgaria have been steadily growing and, although the pace is rather modest, the trend is there.

The upward trend is yet another sign that part of the large-scale businesses in the country have embarked on the path of steady development. However, the most important conclusion form this year's ranking is that manufacturing companies, not only those in trade or the IT businesses, can also be extremely profitable: half of the top 50 companies are light or heavy industry manufacturers.

In 2017, once again most of the profits of the most profitable companies in Capital 100 were generated by arms production and trade. Military conflicts around the world in recent years have contributed to the steady increase in the business of such companies. In this year's edition of the ranking, private arms trader Armytrans joined the companies traditionally present in the group of most profitable weapons producers and traders: VMZ, Arsenal, Emco and Dunarit. The company is owned by Dimitar Piralkov and Dimcho Bobchev and exports mainly to Saudi Arabia and Niger. Last year, its revenue grew by more than 60% to 705.8 million levs after its turnover rose impressively by nearly 200% in 2016. Its profit soared by over 130% to 112.6 million levs in 2017 and the profitability achieved was 15.95%.

Although they cannot boast such a rapid growth, weapons plants also recorded a strong year as their business grew. The average profit margin achieved by the five companies in the sector in 2017 is 0.2345 levs per one lev of revenue. However, expectations are that 2018 will hardly repeat these strong results, since the significant demand for weapons observed in recent years is likely to decline. The first indications of this may already be noticed in the 2017 financial statements of some of the companies: state-owned VMZ-Sopot has already reported a drop in profits after its rapid growth in recent years and a weaker first quarter.

The presence of the gambling business in the group of the most profitable companies is quite tangible once again, with approximately one-tenth of the combined profit of the most profitable companies in Bulgaria coming from the companies in this sector. Traditionally, strong results are reported mainly by companies assembling gaming machines and selling lottery tickets. Although the representatives of the sector cannot reach the first place in terms of profitability for the second year, their presence is tangible - they occupy three of the top 5 positions.

Two of them are again companies controlled by Vasil Bozhkov - New Games, which together with National Lottery organizes the game of the same name, and one of the leading players in the sports betting in the country - Eurofootball. Their total profit was 152 million levs in 2017, while the profitability achieved was 49.42% and 38.32%, respectively. As a result, New Games climbs to the top position in the industry once again, after it stepped down in last year's ranking, ousted by gaming machine producer Euro Games Technology. The company, with revenues of almost 392 million levs last year, exports to Europe, Asia, South and Central America and Africa, and has subsidiaries in Romania, Hungary, Georgia and Ukraine. Its profit of 167 million levs ranks it among the most profitable companies with a profit margin of 42.65 %.

The gambling industry also contributes greatly to the fact that Nova Broadcasting Group - the largest media group in Bulgaria, is among the most profitable companies for the second year running. In 2017, the leading player on the lottery ticket market, National Lottery, was the biggest advertiser in Nova TV, according to sources of Capital, providing revenues of 20 to 30 million levs. At the beginning of June the company announced that it has started negotiations to change its arrangements with Nova TV (possibly budget cuts) - a move that could affect the ongoing transaction for the acquisition of the media group by investment company PPF Group majority owned by Czech billionaire Petr Kellner.

2017 was yet another strong year for pharmaceutical sector in Bulgaria. Rompharm Company, owned by Bulgarian nationals Venelin Georgiev and Tencho Shikov, leads the ranking of the most profitable companies фром алл сецторс in the country. Rompharm has three pharmaceutical production plants in Romania, which work mainly for exports to Russia. Outside of its pharmaceutical business, Rompharm is also the largest private owner of agricultural land in Bulgaria. According to data from the beginning of 2017, it held over 100,000 hectares of land. Until last year, the company was a major minority shareholder in the leader in the pharmaceutical sector in terms of assets in Bulgaria - Sopharma, but cut its stake to 6.03% in December.

The growing pharmaceutical market in Bulgaria has helped improve the results of two companies traditionally present in the group of the most profitable ones - Sopharma and Actavis, whose business in the country was acquired by Israel's Teva last year. The pharmaceutical plant Huvepharma, which produces human and animal health products and animal food, is also among the traditional representatives of the sector in the ranking of the most profitable companies. The group owned by brothers Georgi Domuschiev and Kiril Domuschiev received financing of 100 million euro from the European Investment Bank in January 2018 for the construction of two new veterinary products plants, in Peshtera and Razgrad.

Manufacturing companies such as Mondi Stambolijski (pulp and paper mill), M + S Hydraulic (hydraulic motors) and the Bulgarian subsidiary of the German industrial automation group Festo continued their good performance in 2017. For the last seven years, Festo Production, whose output is entirely focused on the needs of the parent group, has received investment of 70 mln levs which is planned to increase to 100 mln levs either this year or next. The results of the companies from the automotive components sector, which is increasingly important for the Bulgarian economy, are also consistently good. For yet another year, the group of the most profitable companies includes the Bulgarian subsidiary of Turkey's Teklas, which is manufacturing rubber and plastic pipes and hoses for the cooling and heating systems of automobiles, and the local unit of French manufacturer of aluminum components for the automotive industry Montupet.

State-guaranteed profitability again contributes to the presence of coal-fired power plants ContourGlobal Maritsa East 3 and AES Galabovo in the group of the most profitable companies and the consolidation of many businesses supports the usually strong performance of state-owned Bulgarian Energy Holding.

The return of some of construction companies to the group of the most profitable is also noteworthy. The bottom of the top 50 for 2017 is occupied by GP Group, the leader in the construction sector considered to be close to the president of Lukoil Bulgaria - Valentin Zlatev, and the new market leader Hidrostroy.

• The most important conclusion form this year's ranking is that manufacturing companies, not only those in trade or the IT businesses, can also be extremely profitable • Arms and gambling companies again achieve the highest profit margins.

• For yet another year the profitability in the TOP 50 group rises: the average profit per 1.0 lev of revenue is 0.22 levs.