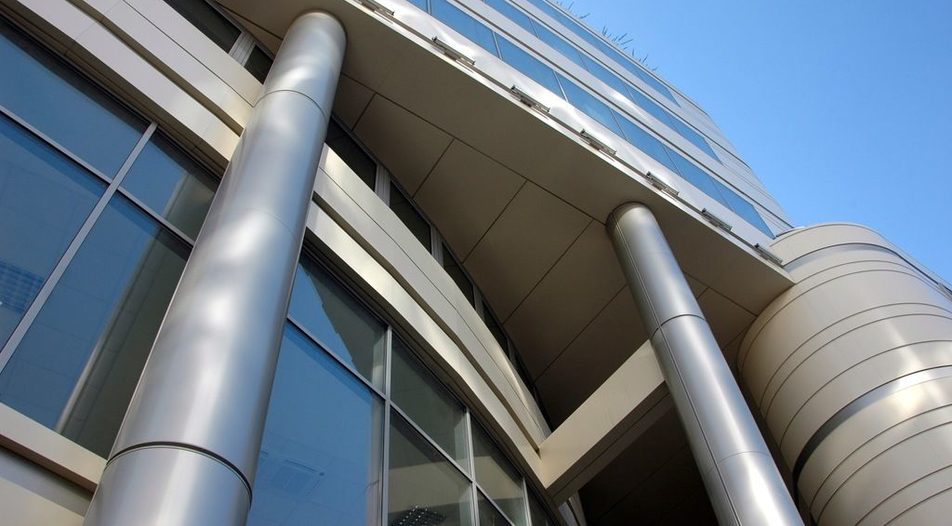 Commercial properties yields in Sofia remain the highest in the region

Commercial properties yields in Sofia remain the highest in the region

Expectations for 2018 are for a calm market

The yield on business properties in Sofia has declined last year, but it is still the highest in comparison to other capitals in the region. The decline in Bulgaria is approximately 1% in all segments, but profit growth has not been reported anywhere in the region. The smallest yield is generated by business properties in Prague, according to Colliers data (see chart).

Although 2017 was the year of the largest deals for shopping centers in Bulgaria, no new areas have appeared on the market. The total amount for the country is 738,000 sq. m., and in 2018 it will reach 813,000 sq. m., according to Forton. In Sofia shopping malls the occupancy is around 90%, and in the country it ranges between 60 and 90%, commented Ivan Gramatikov, Sales Manager at the company. Gramatikov noted a new trend - considering the market saturation in big cities, investors are turning towards Haskovo, Sliven, Yambol, Tarnovo and Pleven.

The forecasts are for a quiet market that will develop mainly because of the rising consumption with an expectation of a slight increase in rental prices.

Offices on the rise

End-of-year data confirm the upward trend in office space. In 2017 Sofia offereda total of 198,000 sq. m. of new office areas, and 40 per cent of the 180,000 sq.m. planned for this year have already been rented. According to Forton's experts, this indicates that there is no danger of market saturation. According to Mihaela Lashova, CEO of the consulting company, banks are now more conservative than before the crisis, and the primary requirement for funding is that at least 30% of the space is occupied before the issuance of a use permit for the building, which stimulates owners to actively search for tenants on an early stage of project development.

The main driving factor in the segment are tenants from the IT industry and shared services. Among the key rental deals last year, Forton noted those of VMware for more than 20,000 sq.m. of new offices and of Progress for 10,000 sq. m. In addition to the well-established Business Park in Mladost and the office buildings along Tsarigradsko shose Blvd., a new office location is being formed around the Paradise Center, she commented.

At the end of the year, around 9.6% of the total office space in the capital is free. Stable rental rates, high rental activity, and the 440,000 sq.m. of new office space planned to be completed by 2020 put the segment in the focus of the investment market over the next months, according to Forton's forecasts.

In 2017 the volume of transactions with profitable real estate reached EUR 870 million, where retail spaces have the highest contribution of EUR 687 million, according to Forton Cushman & Wakefield data. A slight decrease in yield in all segments is evidenced by the analysis data. The drop on the Sofia market was 0.25% year-on-year with regards to office spaces and 0.5% in industrial and commercial areas.

After 2017, which was quite dynamic for business properties, Forton does not anticipate any major shocks or surprises on the market. The increased demand has boosted new construction, but in some segments supply is still lagging behind demand. A positive aspect is that the South African investments attracted attention to the Bulgarian market last year, and that portends for a successful 2018 for business properties in Bulgaria, sums up Mihaela Lashova.

After the apogee in Central and Eastern Europe

The real estate investment market in Central and Eastern Europe is approaching its peak. This is predicted by the analyst Mark Robinson of Colliers International in its 2018 investment market forecast report. The analysis covers six CEE countries - Bulgaria, Romania, Poland, the Czech Republic, Slovakia and Hungary. The stable GDP growth in Europe, increased investment in the region, and growth in consumption are all indications that CEE will soon reach the peak of its economic growth, according to Colliers.

Based on preliminary data for 2017, the investment volume in the region rose to 12.9 billion euro, which is 6% more than in 2016. According to Robinson, the growing consumption in the region and the strong last quarter of 2017 will lead to an increase in investment by another 1-2 billion euro this year. If Robinson's predictions prove to be true, the market will exceed the record values of EUR 13 billion invested in the region in 2007.

The upward trend on the office rental market is indicative of the economic boom in all six countries. The office space under construction at the end of 2017 is increasing in five of the six capitals studied by the report, with Sofia registering the highest growth compared to the previous period by 24%. The industrial spaces that are being constructed in Sofia and Bratislava have been growing last year by 120%, according to Colliers.

Most investments in 2017 have been made in retail space worth just over 5 billion euro, with Bulgaria being among the leaders because of the deals for the four largest shopping centers in Sofia implemented over the past year.

In the office sector, which was the leader in 2016, the volume in the countries from the region shrank from 40% to 27.5% of all property investment in 2017. This decline is registered on the background of doubled investments in hotels, a 4% growth in industrial space, and a slight increase in the investments in retail and other real estate (see chart).

The brothers Vladimir and Ognyan Pavlovi, who are involved in the road construction business, bought the emblematic building in the center of Sofia

Earlier this year the brothers Vladimir and Ognyan Pavlovi, who are engaged in the construction sector, purchased the business building located on 9 "Moskovska" St. in the capital. The seller is the Irish company dealing with real estate investment management - Avestus Capital Partners, which currently owns the Mall of Plovdiv and manages Mall of Sofia and its office section Sofia Tower, where it has invested in the past.

The price of the transaction is not reported, but documents from the property register show that at the end of December the building was mortgaged in favor of Piraeus Bank for BGN 11.6 million. Previously the property was used as a collateral for an Alfa Bank loan from 2007 for EUR 10.6 million. Considering that loans are typically amounting to about 80% of the valuation amount, the price is probably in the range of 7-8 million euro.

After the completion of the building, a key tenant is the UK Embassy in Bulgaria. By 2013, the property housed the European Commission Representation and the European Parliament, which then moved into the newly built "Rakovski Business Center".

Meanwhile, in recent years, part of the Moskovska Business Center was vacated and, as evidenced by the latest published financial statements of Abrotea Bulgaria and Quinlan Moskovska, the revenues from existing tenants for 2016 were insufficient to cover the principal and the interest on Quinlan's credit from Alpha Bank, which is secured by a mortgage on the building.

Peevski to an arms dealer for 25 Mil. euro

The company SF-BT, which until last fall was part of the structures of Bulgartabac, sold the building of the polygraphic plant for 25 million euro. The buyer is Alnuaimi Group, property of the Iraqi citizen with a Bulgarian passport, Muhanned Nagym Abdullah al Nuaimi. He owns the arms dealer "Apollo Engineering", which had a total of over 900 million levs in revenues and 150 million leves profit for 2014 - 2016.

The building of the former Polygraphic plant, built in the 1950s, was part of the VAC media group. In 2014 it was sold to Karano Properties - Bulgaria, owned by a company of the same name from Liechtenstein. The buyer paid 15 million euro for the property. Even then there were indications that Delyan Peevski was behind the deal since the building was leased to Blagoevgrad BT, part of the Bulgartabac Holding often associated with the MP. Subsequently, the building was transferred several times until it became property of SF-BT - a company connected to Bulgartabac.

The plans of the new owner are not clear, given that in the months after the transaction there has been no activity around the building and it remains empty. The property sector considers the price for the 5200 square meters in question to be pretty high, given that the property is empty and needs significant restoration. There are suspicions that the transaction is related to the bankrupt CCB, where Peevski still has certain influence. A year ago, Apollo Engineering surprisingly appeared in the list for distribution of CCB's bankruptcy estate as a secured creditor with a claim for BGN 3.94 million based on a mysterious term loan agreement from July 1, 2009, accompanied by a receivables pledge agreement from June 7, 2014, or only 13 days prior to the CCT being placed under special supervision.

Marriott - the luxury guest on the Macedonia square

The Italian Finvis invests 90 Mil. euro in the first hotel in the international chain in Bulgaria

The Sofia hotel market is moving to a higher level. Literally, because the new 113-meter building in the city center will house a new 5-star facility of the US Marriott chain. Its opening is scheduled for October 2020 and with its 232 rooms it will be the vice-champion among the 5 star hotels in the capital (after Marinella). The address is in the center, next to the CITUB Trade Union building and the new City Tower office building on the Macedonia Square opposite the Ministry of Agriculture.

The investment in the project is estimated at 90 million euro and is run by the Italian company Finvis, using the services of Bulgarian managers as well. As a result of the new 113-meter building, the area is expected to totally change its appearance and turn into a business center, thus boosting not only the businesses and property prices in the area, but also the hotel industry in general (see the other text) and the office market of the capital in the most expensive segment. A new building, almost a skyscraper, understandably raises worries about how it would affect the already clogged traffic in the area.

The project is developed by the Italian company Proger, possessing international experience in this type of assignments. The Sofia one includes a complex of two blocks - a six-storey one with offices, shopping center, gym, SPA, restaurants and a second block with a 30-storey tower. The hotel area will cover the ground floor up to the 21st floor with 232 rooms, a conference hall and a ballroom, and from the 22nd to the 29th floor there will be apartments (see the visualization). A sky restaurant will occupy the top floor. The terrain, on which it will be located, is approximately 5 decares and the total built-up area of the site will reach 70,000 sq. m.

Finvis has not had any other projects in Bulgaria. The company's latest annual statement shows that at the end of 2016, its assets amounted to 48.4 million euro, and its biggest investment is the one in Sofia. The majority owner of the Italian company, holding 99.2%, is the 71-year-old Vittorio Gori.

The yield on business properties in Sofia has declined last year, but it is still the highest in comparison to other capitals in the region. The decline in Bulgaria is approximately 1% in all segments, but profit growth has not been reported anywhere in the region. The smallest yield is generated by business properties in Prague, according to Colliers data (see chart).